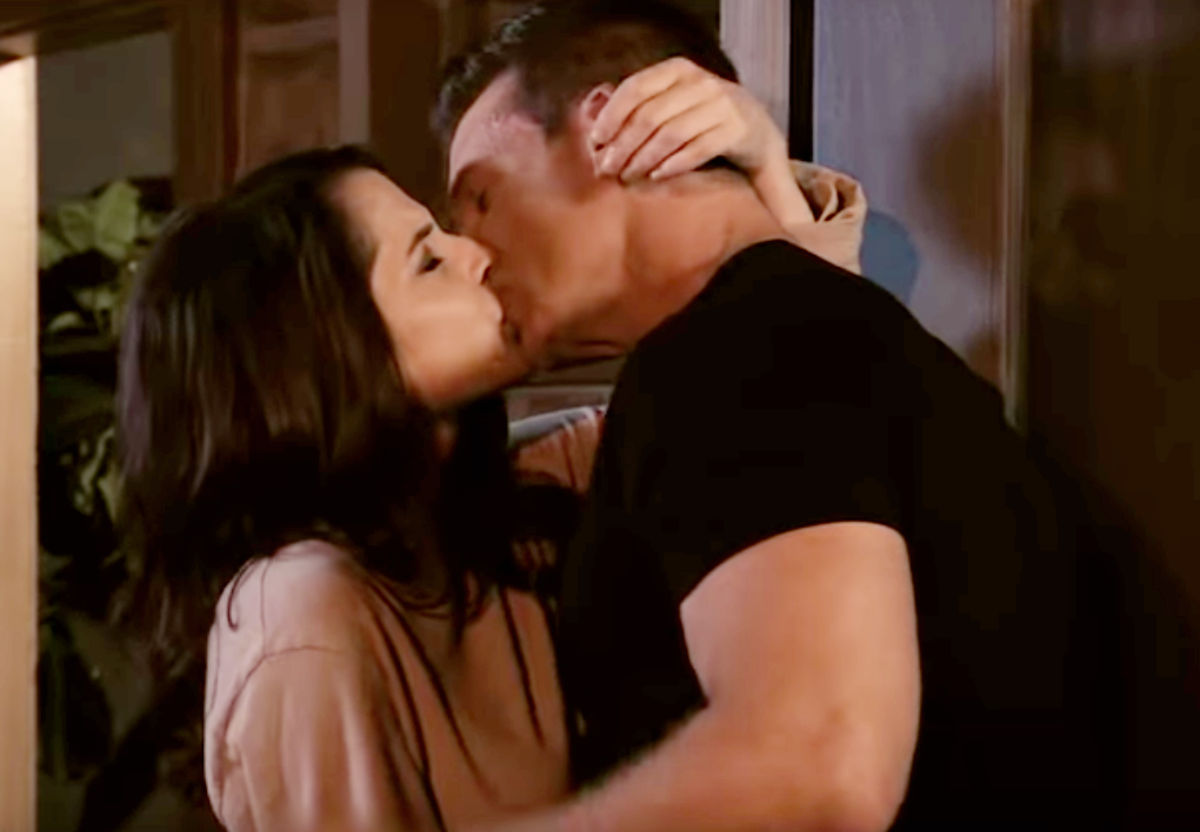 As GH fans may recall, Diane Davis (Carolyn Hennessy) recently walked in Jason and Sam kissing at the Quartermaine mansion. As long-time viewers know, this is dangerous stuff for JaSam! This is mostly due to the terms of Sam’s parole, which restrict her from any contact with convicted felons. As we know, of course, Jason Morgan is indeed one of those.

GH Spoilers: Sam McCall And Jason Morgan Just Can’t Seem To Stay Away From Each Other

The sparks (for Diane anyway) flew when she saw the two kissing. As she swiftly reminded Sam, “You can bet I’m going to be billing you for the consultation we’re about to have.” GH viewers may or may not agree with Diane, but from her perspective (especially as Sam’s legal counsel) Sam is behaving irresponsibly. Sympathetic viewers likely agree with Sam that her circumstances are not fair.

After all, at least some form of contact seems inevitable especially when you share children with an ex-husband and share custody. Diane rapidly points out the flaw in this thinking, however. She points out directly that it doesn’t matter that Sam used to be married to Jason. According to the law, that’s irrelevant. She also reminds Sam that since her deal with Robert Scorpio (Tristan Rogers) has gone “belly up” she has no leverage. There is no way for Sam to mitigate the terms of her parole.

Some might question why Diane seems to come down so hard on Sam and Jason, but the truth is that Sam’s parole officer Dolores Maloney (Andi Chapman) seems to have it out for Sam. In fact, there’s a hint that something is wrong when it comes to the level of aggression shown by Maloney toward Sam. It’s possible she just doesn’t like her. It’s also possible that something more sinister may underlie her psycho strict actions. Regardless, Diane emphasized to Sam that Maloney was well within her rights as a parole officer to prohibit any contact with felons. That’s true whether it’s reasonable or not.

If Sam and Jason continue to sneak around together, and Sam is caught violating her parole, it’s a fair bet she could be hauled right back to jail. Her children would then be without a mother in their lives yet again. Worse, even though they’re part of a privileged family, the very fact that their mother is in prison could have an extremely damaging mental impact.

Do Sam and Jason really want to risk their children developing anti-social behaviors? Do they want them potentially expelled from school, withdrawing from friends and other family members, or even ending up criminals themselves?

Until either Sam gets a new, more lenient parole officer or she gets through her entire parole without messing up, she definitely has to exercise a lot more self-control. For any normal parent, the well-being of their children comes first. It’s no wonder Diane was so upset to see Sam and Jason together!

Let’s hope that Sam is able to get her act together for the sake of her kids before one or all of them pay a heavy price.