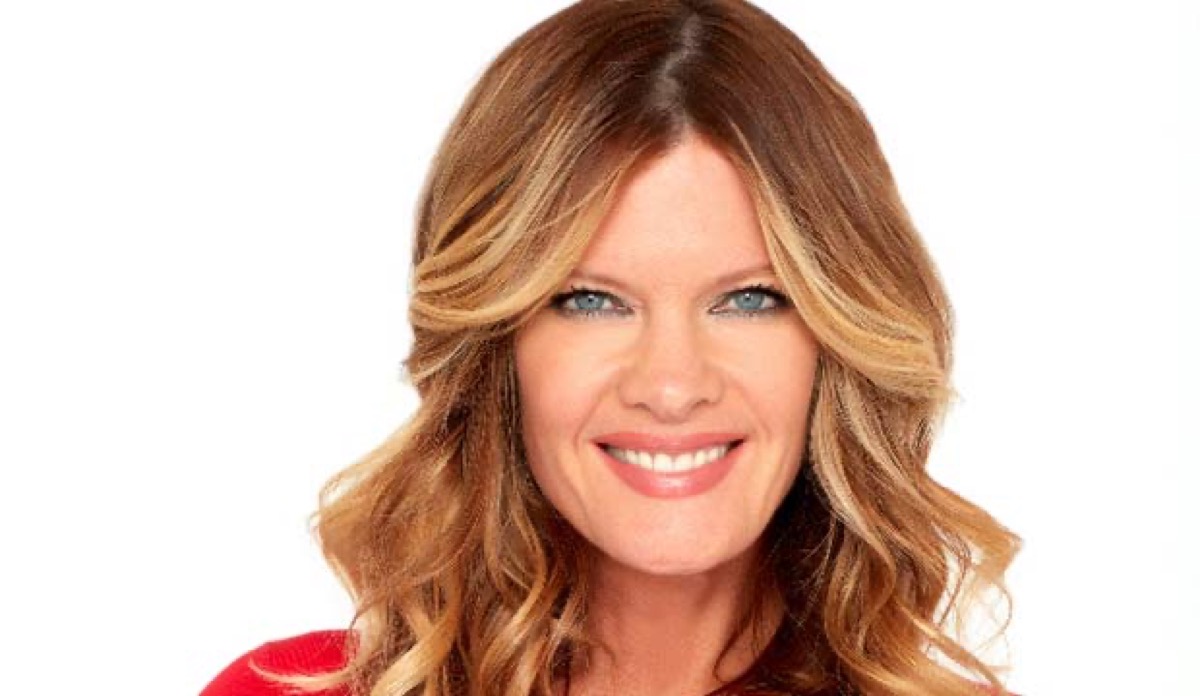 The Young and the Restless (Y&R) spoilers has some fun news to pass on about a couple of popular Y&R stars. Michelle Stafford, who portrays Phyllis Summers on the CBS soap, recently made a humorous comment on social media about one of her costars.

As Y&R viewers know, Michelle’s character Phyllis is currently embroiled in some drama with Abby Newman (Melissa Ordway). Abby has been helping Chance Chancellor (Donny Boaz) to find the recordings that Phyllis has hidden away of Chance and Adam Newman (Mark Grossman) talking about a crime they committed. Phyllis used the recordings as blackmail and she’ll probably do it again unless Abby and Chance can find all the copies that Phyllis has stashed away.

Abby Newman Dresses Up To Look Just Like Phyllis Summers

Of course, this all means that when Abby takes her trip to the bank, she’ll need to look like Phyllis as well as act like her. That will lead Abby to don a Phyllis-like dress and put on a red wig and do her best to gain access to that safe deposit box.

Well, on Twitter, Michelle Stafford posted a photo of Melissa Ordway wearing her Phyllis wig and dress. Her accompanying tweet read: “Oh man!! @MelissaOrdway is a better me than ME! #smokeshow #YR.”

The tweet has garnered a lot of fan reaction and comments since it was posted. For example, one of Michelle’s followers commented: “I thought she was you! Even has the Phyllis smirk.” And another follower said: “She looks pretty with the hair color but there is one one Phyllis, lol. I love Melissa Ordway but I hope Phyllis brings Abby down and soon.”

Will Abby Newman Be Able To Pull Off Her Charade And Get Access To The Safe Deposit Box?

It will be fun to watch how it all turns out on Y&R. Actually putting on a wig and a dress and acting like Phyllis is one thing, but it could be pretty challenging for Abby to actually pull off getting through the bank security and making off with that recording. Plus, who knows, Phyllis could be sending Abby straight into a trap. She was pretty deliberate in telling Abby that there was a safe deposit box, so you never know.

We’ll see what happens with Abby and Phyllis, but it’s great to see the Y&R stars joking about what’s happening on screen and having a good time. Are you looking forward to seeing Abby dressed up as Phyllis?

As always, more detailed Y&R spoilers and a full collection of pictures for the week in question will appear here on Hollywood Hiccups, where there will be more clues and hints over exactly what’s going on.