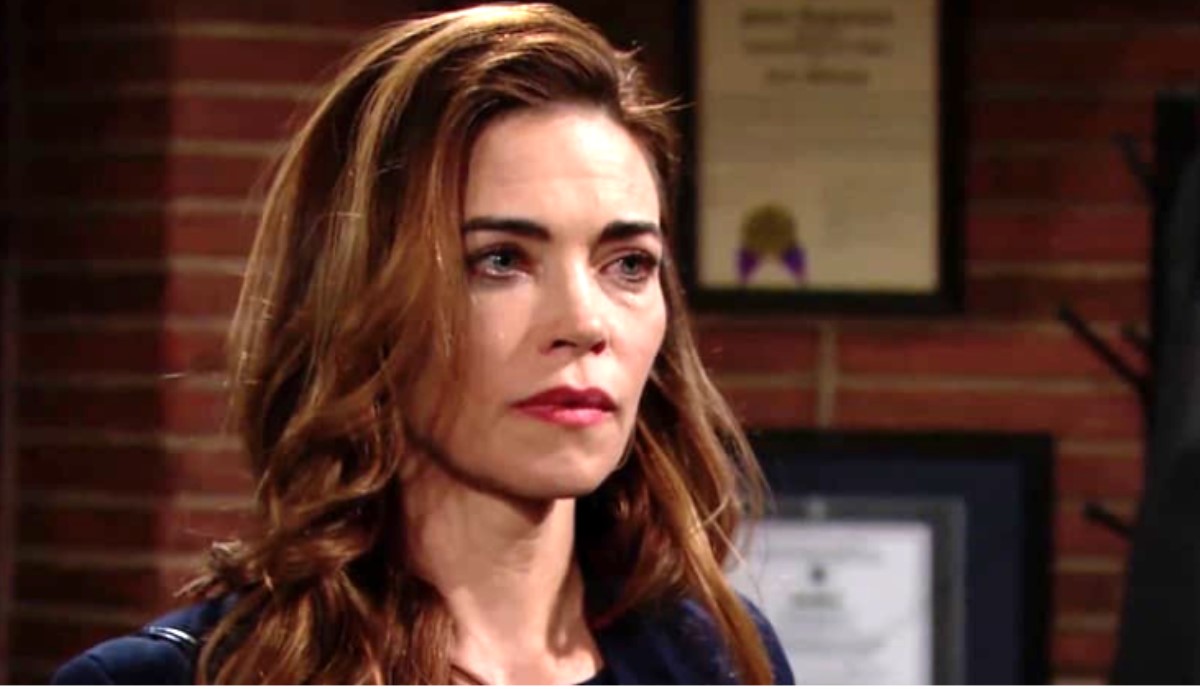 Vickie Newman (Amelia Heinle) made a tough decision on ‘The Young and the Restless’. She’s done with Billy Abbott (Jason Thompson), again. This time she says it’s for good.

Choosing to accept his phone call and then to see him at the Ranch wasn’t a sign of any thawing. Vickie is adamant that Billy’s latest ‘Villy’ burn is the last.

Hardcore fans of this often on- and the off-again couple is justified in being disappointed with Billy. He let Vickie and them down due to his totally self-indulgent behavior.

The incident with Ripley Turner (Christian Keyes) wasn’t Billy’s fault. But let’s be honest, if Mr. Abbott hadn’t decided to abandon Vickie and their children he never would have been pursuing Amanda Sinclair (Mishael Morgan).

Morgan’s newest character isn’t responsible for Vickie being stabbed, as her former boyfriend committed that crime. But Amanda wouldn’t have been seeking Billy at the Newman Enterprises Fiftieth Anniversary gala if she didn’t choose to engage with Thompson’s alter ego. Ripley followed her there and then mistook Vickie for Amanda at Noah Newman’s (Robert Adamson) exhibition.

While not at the level of Ripley, Billy is no doubt dangerous. He’s been trouble for Vickie in the past and was again now. She recognizes that reality and has decided to change it by breaking the latest edition of their relationship.

Billy feels guilty, as he should. He needlessly opted to stop mental health therapy sessions and apparently isn’t taking any medication that would be part of a response to his addressable problems.

Vickie was shattered when Billy proclaimed that she wasn’t enough for him, with whatever that means. That apparent epiphany wasn’t steeped in logic, but in his notion of some Utopia that can be achieved.

Now, as Vickie’s wound proves, Billy has created a negative consequence. He thinks that represents proof that he shouldn’t be near Vickie. Instead, it reaffirms why he shouldn’t have put their lives in jeopardy within the last handful of months.

The Young and the Restless Spoilers: Adam And Chelsea Target Victor – Revenge Plan In The Works https://t.co/gAiXbUTCfl pic.twitter.com/xcRniIiY2q

The Young And The Restless Spoilers – Different Plot Paths Ahead

So it appears as though Y&R wrote Billy and Vickie apart because it wanted to create at least one new couple. Thompson and Morgan are generating the type of chemistry that any interesting duo needs. So, any ‘Bamanda’ pairing looks promising.

As for Heinle, this actor created on-screen believability with four actors who played the adult version of Billy (Billy Miller, David Tom, Burgess Jenkins, and Thompson). So, her talent will continue to shine with wherever Vickie is written next.

Sadly, ‘Villy’ fans waited a long time for Vickie and Billy’s fresh start. Like Heinle’s character, they can blame Billy for what’s happened if they’d like to.