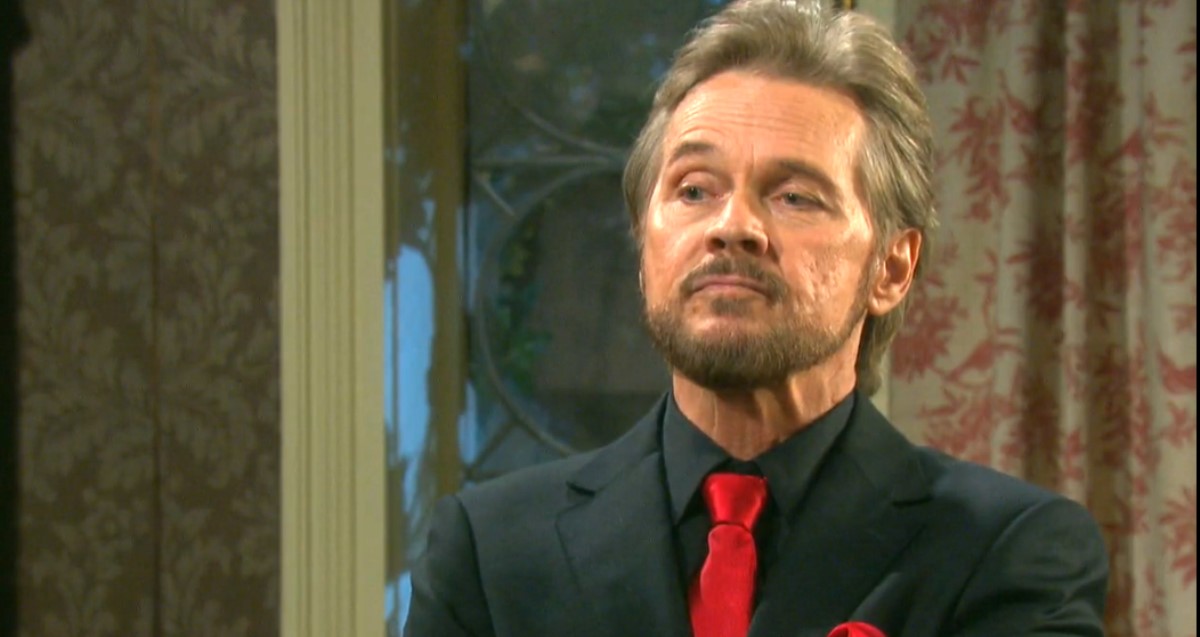 Days of Our Lives spoilers reveal Stefano DiMera (Stephen Nichols) ends up being disappointed in Chad DiMera (Billy Flynn). This must mean he doesn’t succeed in killing Kate Roberts (Lauren Koslow) and Gabi Hernandez (Camila Banus). During an interview, Flynn explained why it was easy to brainwash Chad and why the DiMera heir is doing his father’s bidding.

DOOL spoilers reveal Stefano has ordered that Chad kill Gabi. There was a moment in which Chad tried to fight the urge, but his father’s words about family echoed in his mind. Then, he proceeded to try and smother Gabi with a pillow while she was sleeping in her hospital bed. However, his deadly deed would be interrupted by Gabi’s brother, Rafe Hernandez (Galen Gering).

Days of Our Lives Spoilers: Chad Does Stefano’s Bidding – Kate Knocked Out, Gabi Kill Comes Next

Next, Chad must try and kill Kate. So far, those attempts have also failed. However, a sneak peek picture reveals that he does end up knocking her out in the DiMera mansion. Despite having head trauma, she doesn’t die, which means Chad has failed his father yet again.

Right now, Chad is brainwashed, but it’s not the first time Stefano has done this to one of his children. In fact, Chad has been brainwashed before and it was Abigail DiMera (Kate Mansi) who was able to reach Chad and break him out of Stefano’s spell. Could the same thing happen again?

Days of Our Lives spoilers reveal Stefano is disappointed in Chad. This means he doesn’t succeed in getting rid of Gabi or Kate. However, Stefano has other jobs for Chad to complete. For one, he wants the young man to organize a DiMera family reunion. It is clear he has yet another scheme in mind, but what exactly is it and why?

Days of Our Lives Spoilers: Nadia Bjorlin’s Return Just a Rumor? Set Source Says Chloe’s Not Back and There’s No Contract At This Time https://t.co/urVdrte8A1 pic.twitter.com/leTyTDxX7r

In the latest issue of Soap Opera Digest, Flynn explained that Chad has a complicated relationship with Stefano. Even though the two don’t see eye-to-eye, Chad didn’t really grow up with a family. So, there is his deep desire to please his father, which makes him more susceptible to following Stefano’s orders. At the same time, he is going through an internal struggle between doing what is right and obeying his father’s orders.

However, can he be brought out of his brainwashed state before Chad does something he regrets, an action that he won’t be able to take back? Fans will just have to keep watching the NBC soap opera to see how this storyline ends.