Days of Our Lives Spoilers: Dr. Raynor Too Much Of a Risk For Victor, Will Xander Kill Baby Switch Doctor To Protect Secret? 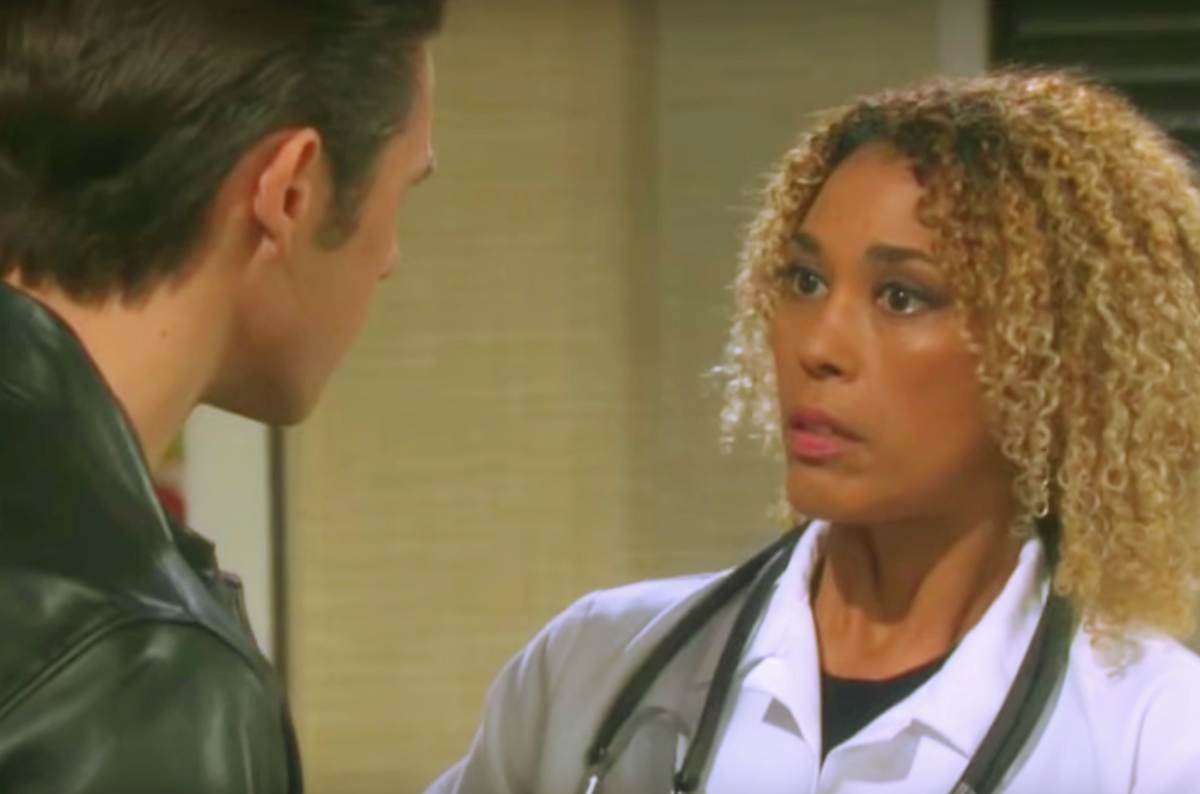 Days of Our Lives spoilers reveal Dr. Raynor (Victoria Platt) might be too much of a liability for Xander Kiriakis (Paul Telfer) and Victor Kiriakis (John Aniston). Even though she has almost told the truth several times, she has kept to her original agreement. At least, so far she has. However, that could change at any time, which is a risk Victor and Xander don’t want to take. How will they handle this situation?

DOOL spoilers reveal a deal was made with Dr. Raynor after Sarah Horton’s (Linsey Godfrey) baby died. Victor masterminded the baby switch scheme and Xander was a willing participant. Now, it seems that the whole situation is coming apart.

At nearly every turn, there is something that happens risking exposure. First, it was finding a donor for Mackenzie “Mickey” Horton (the May twins). Then, it was Dr. Raynor having second thoughts about the deal. Now, there is Nicole Walker (Arianne Zucker) finding out the truth.

It seems that while she initially agreed to the deal, Dr. Raynor is now regretting it. She has a difficult time facing everyone involved, especially Kristen DiMera (Stacy Haiduk). It is only a matter of time before she cracks and spits out the truth. She has been tempted so many times. So far, Xander’s dirty looks have been enough to silence her. However, she can’t keep holding onto this dark secret. It’s proving to be too much of a weight on her shoulders.

Days of Our Lives spoilers reveal that Dr. Raynor is becoming a real concern for Xander. He ends up going to Victor about their newest “problem.” However, what will be the solution? It can’t be money because her conscious is involved. It seems that she is okay when not running into Sarah, Kristen, Brady Black (Eric Martsolf) or Eric Brady (Greg Vaughan). However, would she really be comfortable taking this secret to her grave?

There is a theory that Victor could decide that Dr. Raynor must be permanently silenced before she blabs the truth. However, there are more people discovering the truth about the baby swap. Victor and Xander can’t go around killing everyone in Salem. So, what will they do next? Fans will have to keep watching the NBC soap opera to see how this story develops over the next few weeks.