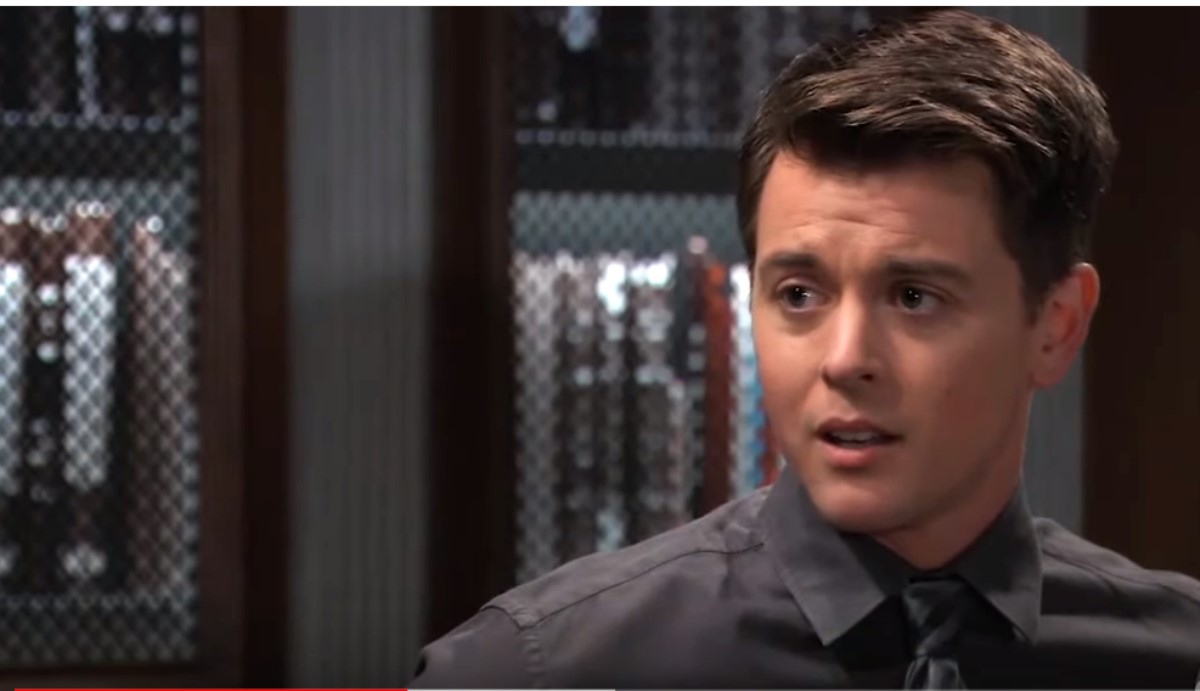 General Hospital (GH) spoilers suggest that Michael Corinthos (Chad Duell) is willing to do just about anything for the overall good of Wiley Cooper-Jones (Erik and Theo Olson). GH fans may wonder if that extends to swallowing his pride (not to mention disgust) at the thought of marrying Nelle Benson (Chloe Lanier). In order to prevent Nelle from taking Wiley away from him permanently, just how far would Michael be willing to go? Talk about keeping your friends close and your enemies closer!

Long-time GH viewers may remember that Michael married Nelle once before already. In fact while Nelle was in the hospital due to pain with the baby, the two exchanged vows and wedding rings. This seems a bit strange for Michael, considering he currently appears to be reluctant to move forward with a marriage to his girlfriend, Sasha Gilmore (Sofia Mattsson). Perhaps one forced marriage was enough to last a lifetime for poor Michael!

Regardless, the situation doesn’t look great for Michael when it comes to winning a custody battle against Nelle. Not only have lawyers like Diane Miller (Carolyn Hennesy) consistently let him know that the family courts tend to favor birth mothers, but Nelle has beaten all charges that have been brought against her. At the moment, according to the law, she’s paid her dues to society! This makes her just as able to be a loving mom and legal guardian as any other innocent woman.

Some GH viewers may agree that if Michael isn’t able to create an image of a more wholesome family for the court to see by quickly marrying Sasha or perhaps Willow Tait (Katelyn MacMullen), then he’s going to be on slightly less than equal footing when compared to Nelle.

Fair or unfair, that’s the lie of the land.

While that could literally change at any moment because the judge dismissed charges against Nelle without prejudice, that’s not something that has developed yet. Until it does, Nelle’s legal actions are a real threat to Michael’s ability to start a new life for himself and for Wiley free of Nelle’s terrible presence.

Although horrifying for Michael (and probably for many viewers as well), he may opt for an “if you can’t beat them, join them” mentality. If so, will he be willing to convince Nelle to drop her custody case and marry him?

To his mind, the benefits could be that at least he could keep an eye on Nelle (or pay to have someone keep a constant eye on her). He would know every move she made. Moreover, he would be able to stay in his son’s life and try to mitigate whatever mentally unstable influence his mother might have upon him.

Alternatively, although horrible to think about, Michael could create the circumstances for Nelle to become the victim of an “accident.” He could avoid the court battle and shortly after be free of Nelle forever!

This isn’t likely to happen, however, due to Michael’s (mostly) upstanding nature. He’s a man with morals and isn’t the type to have his wife murdered for the sake of convenience (or for the sake of anything else for that matter).

The more likely scenario is that Sasha will indeed agree to marry Michael and the two could quickly turn a marriage of convenience into something more beautiful. It’s a good bet that many GH fans are waiting for exactly that to happen!