The Bold and the Beautiful Spoilers: Wyatt Warns Bill About Destroying His Family – Katie & Will Heartbreak If Brooke’s Chosen 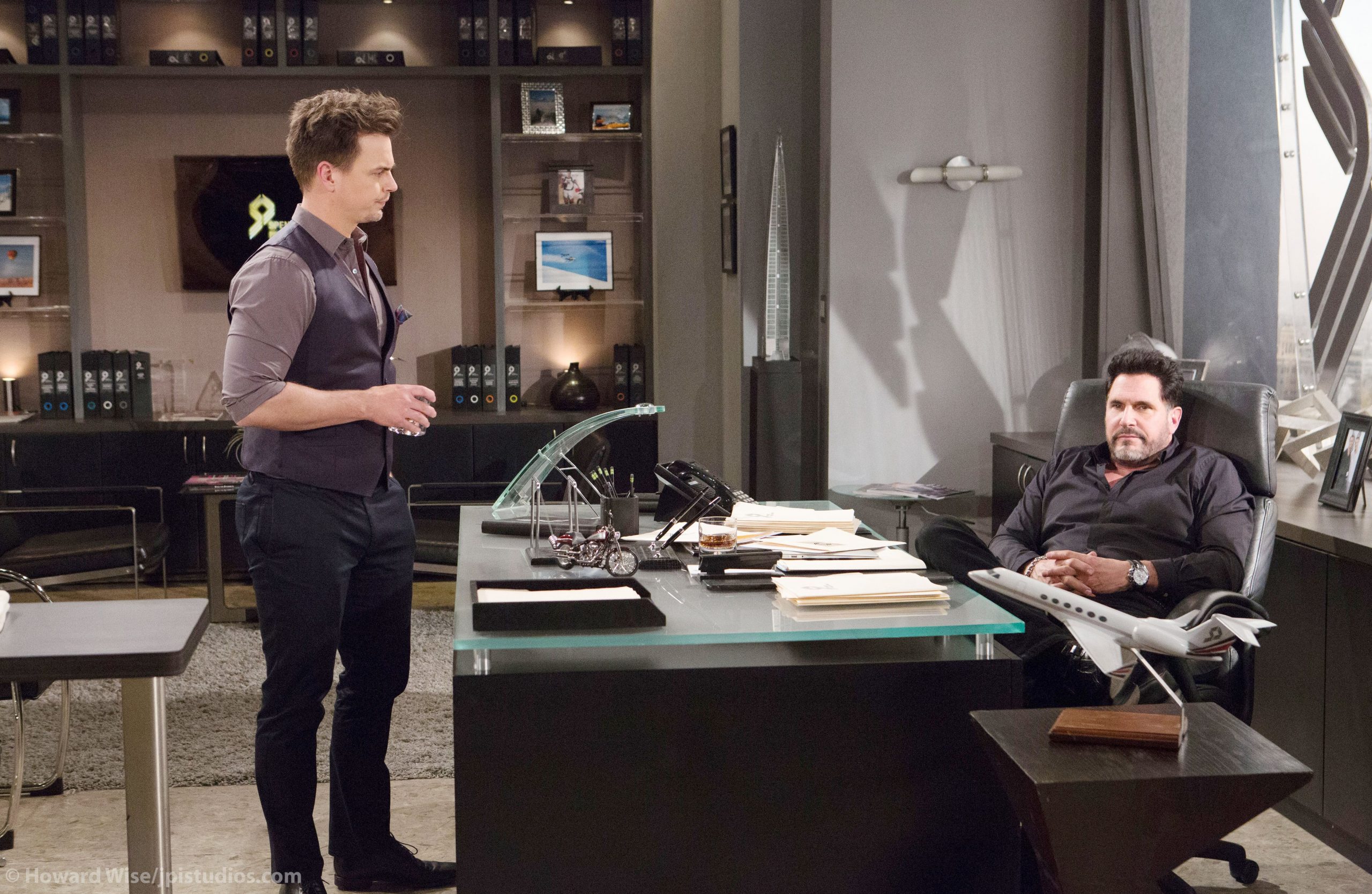 The Bold and the Beautiful (B&B) spoilers tease that Bill Spencer’s (Don Diamont) daydream about Brooke Forrester (Katherine Kelly Lang) will be interrupted. Wyatt Spencer (Darin Brooks) will waltz in and accidentally break his dad out of a Brooke trance. This will all go down after Brooke and Bill’s impulsive kiss, so it’s easy to see why Bill will have his old flame on his mind!

After Bill rants about Thomas Forrester (Matthew Atkinson) and everything he’s done, he’ll rant about Ridge Forrester (Thorsten Kaye), too. Bill just won’t think Ridge respects Brooke’s opinion or values her enough. He’ll feel like Ridge wants to believe in his son so desperately that he’s ignoring the facts and forcing Brooke to suffer.

Bill will pretty much find that despicable during the week of March 9-13. He’ll vent to Wyatt about protecting Brooke if Ridge isn’t going to. Bill will always care about Brooke and keep her safe if it’s within his power. He’ll worry about how long Thomas could sink and how much Ridge is willing to put up with.

It won’t take Wyatt long to realize Bill still has feelings for Brooke – or has at least caught them again. The Bold and the Beautiful spoilers say Wyatt will call Bill out on that and perhaps express concern. He’s really not one to talk since he reunited with an old flame himself before Sally Spectra’s (Courtney Hope) deadly diagnosis. Wyatt decided he wanted Flo Fulton (Katrina Bowden), so he broke Sally’s heart.

Bill could easily mention that if Wyatt warns against starting anything back up with Brooke. However, Wyatt might suggest that sometimes it’s about priorities. He’s made Sally his priority now that he knows she has a terminal illness. Bill made his family a priority not too long ago, so Wyatt may wonder if Bill really wants to throw that away – especially considering things never last with Brooke.

The Bold And The Beautiful Spoilers Monday, March 16: Douglas Has A Surprise For Liam & Hope – Steffy Comes Clean To Brooke & Ridge About The Kiss #bb #Boldandbeautifulhttps://t.co/1b8p6OxVVg

Bold And The Beautiful Spoilers: Wyatt Spencer Will Talk To Bill Spencer About His Position

Wyatt may point out that if Bill does intend to get back together with his ex, he’d better be sure it’s what he truly wants. This could be Bill’s last chance at a united family with Katie Logan (Heather Tom) and Will Spencer (Finnegan George). If Bill chooses Brooke over Katie and later changes his mind, Katie would be a fool to take him back again.

The Bold and the Beautiful spoilers, news and updates say Wyatt may want to be a good son here. He needs to remind Bill of what’s at stake before this “Brill” reconnection goes any further. Bill probably won’t plan to act on his feelings other than the initial kiss, but plans often go awry on B&B!

It sounds like some exciting stuff’s on the way, so don’t miss all the shockers. We’ll give you all the hottest news as other updates become available. Hollywood Hiccups’s the place to be for juicy Bold and the Beautiful spoilers.