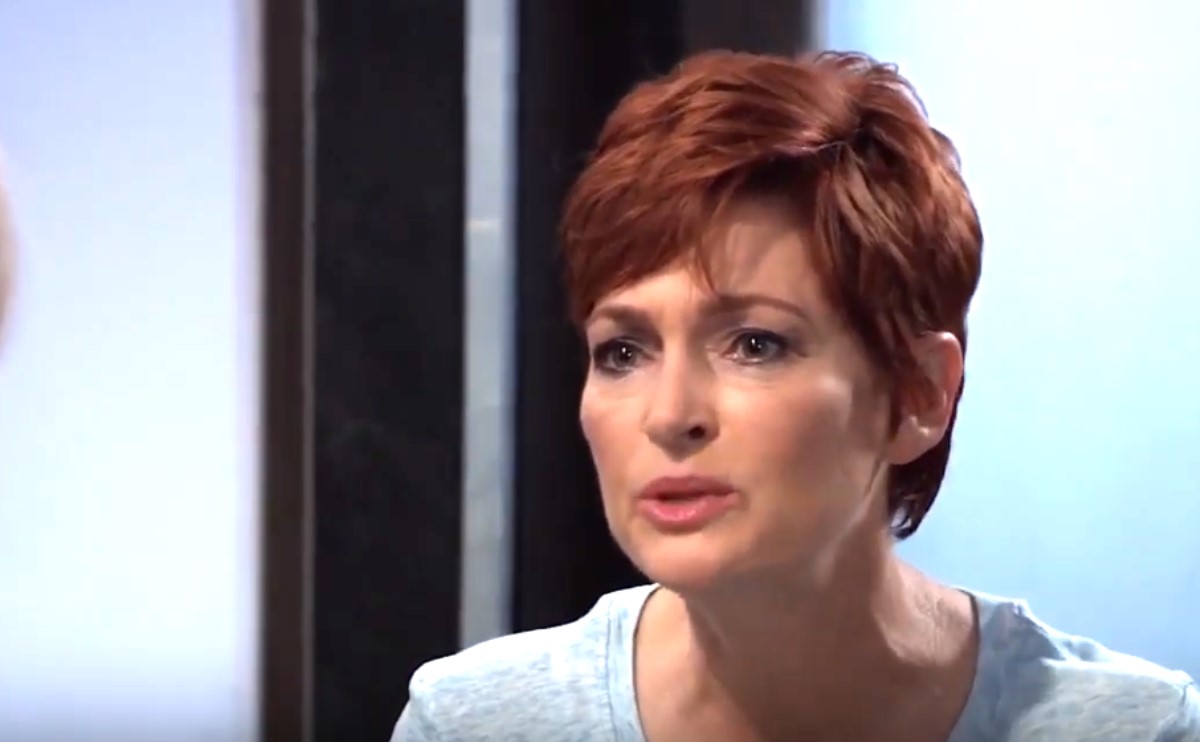 Carolyn Hennesy, who is known for her role as Dianne Miller on “General Hospital,” guest-starred on the CBS series “Mom.” As viewers know, the actress has a knack for making people laugh especially when she’s portraying her alter ego on GH.

In an Instagram post, the actress said, “Verified On “Mom”!!! @mom_cbs Such a blast! @annafaris is so extremely generous it’s not even funny. @allisonbjanney so kind. #cbs #mom #annafarris #cbsallaccess #timeofmylife #working”

In the episode titled “Judgy Face and Your Grandma’s Drawers,” Hennesy took on the role of Professor Winslow. The story focused on Christy Plunkett (Anna Faris), Bonnie Plunkett (Allison Janney), and the other ladies working together to help Marjorie Armstrong-Perugian (Mimi Kennedy) babysit her granddaughter for the first time.

Viewers may recall that Hennesy joined the cast of “General Hospital” as Diane Miller back in 2007. She was hired by Sonny Corinthos (Maurice Benard) to defend him against the charges involving the murder of Lorenzo Alcazar (Ted King). Diane also offered legal advice to Michael Corinthos (Chad Duell) as to how he should deal with Nelle Benson Archer (Chloe Lanier) during their custody battle for of their son, Wiley (Erik and Theo Olson).

Hennesy starred on “Dawson’s Creek” as Mrs. Valentine during the 2000-2001 season. She also had supporting roles on “Global Effect,” “Terminator 3: Rise of the Machines,” “Legally Blond 2: Red, White and Blood,” “Click,” “The Heat Chamber,” and “Cougar Club.”

General Hospital Spoilers: Jordan Pleas With Cyrus For TJ’s Life – Willing to Do Whatever It Takes https://t.co/PMEsv0jiXr pic.twitter.com/2jrrWZwdNv

“General Hospital” spoilers for March 13, Michael Corinthos (Chad Duell) and Sasha Gilmore (Sofia Mattsson) will continue their discussion about their marriage and Wiley Corinthos (Erik and Theo Olson). Michael wants to know if Sasha would love Wiley land she’ll immediately say that she already does. The pair will then decide to get engaged and obviously, they’ll be planning their big day soon.

Elsewhere, Willow Tait (Katelyn MacMullen) will talk to Harrison Chase (Josh Swickard) about her mother, Harmony Miller (Inga Cadranel). The latter has been nowhere in sight ever since the baby swap revelation and she wants to know what she has to say about it all. Perhaps this could kick off the storyline that Willow being Nina Reeves (Cynthia Watros) long-lost daughter. There’s no confirmation that she really is but who knows? Anything is possible in the soap world.