General Hospital Spoilers: Who Stole Nelle’s Forged Passports from the PCPD – Will Chase Track Down the Thief? 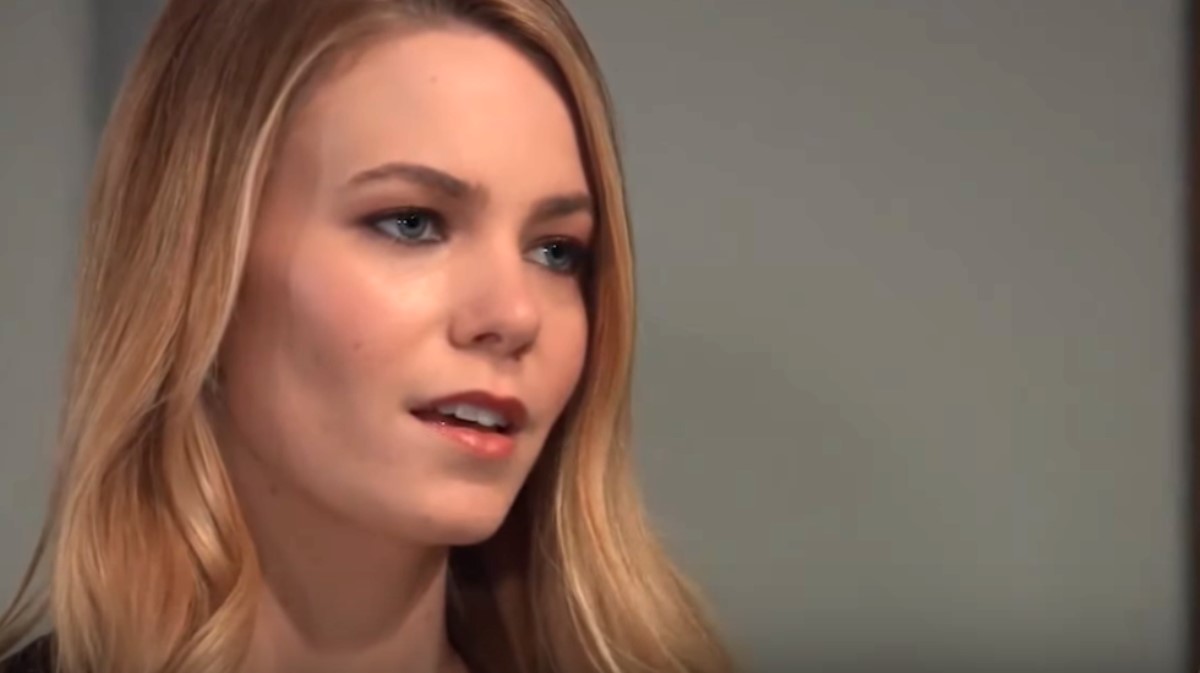 General Hospital (GH) spoilers suggest that Nelle Benson (Chloe Lanier) got off scot-free during her recent arraignment due to the fact that evidence went missing from the PCPD. That evidence included forged passports and birth certificates.

GH viewers may remember that Valentin Cassadine (James Patrick Stuart) procured these for Nell. In a previous episode, the evil Cassadine bought Nelle’s shares in ELQ for quite a lot of money. However, he sweetened the deal by ensuring the psychotic queen of GH would be able to take her son Wiley Cooper-Jones (Erik and Theo Olson) and make a run for the border. Nelle obviously couldn’t resist the offer along with its promise of sticking it to the Quartermaine family.

However, it wouldn’t be long before Nelle got caught red-handed trying to abduct Wiley from the apartment of a police detective, Harrison Chase (Josh Swickard) and Willow Tait (Katelyn MacMullen). During the arrest, Chase confiscated her forged documents. Miraculously, however, when it came time for Nelle’s arraignment those documents were nowhere to be found and the judge, therefore, dismissed the charges against her.

This injustice has eaten at Chase ever since. While it’s clear to viewers that Valentin must have had something to do with stealing the documents from the possession of the PCPD, one has to wonder how he was able to accomplish this feat. Perhaps he paid someone off inside the police department. Perhaps someone owed him a favor. Either way, GH fans are pretty sure that Valentin is ultimately responsible for creating the circumstances for Nelle’s victory in court.

Chase isn’t stupid. He’s been thinking about the entire case since it happened. In fact, in a recent episode, Chase caught up with his good friend Michael Corinthos (Chad Duell). While kicking back a couple of beers, Michael confessed that he hoped the fake passports would be found, but he suspected they were taken or “buried.” Chase admits that he finds the entire thing disturbing and tells Michael that they had to have been taken by someone on the inside or someone with access.

Now, that could be a “true believer,” Chase suggests. Perhaps it was someone who wanted to help out Shiloh’s (Coby Ryan McLaughlin) widow. Michael then considers the possibility of Ava Jerome (Maura West), but then quickly tosses that idea aside. Chase notes that Nelle is super manipulative and that she easily makes allies. He recognizes that if she’s got someone helping her that they don’t know about, the situation is worse than they think.

General Hospital Spoilers: Will Jordan Break Down and Partner With Sonny to Get TJ Back? #GH #GeneralHospitalhttps://t.co/qJuaLtD9x0

A few questions come to mind when considering the mystery of who exactly stole the fake passports and birth certificates. While GH viewers believe that person to be Valentin Cassadine, will Chase come to that conclusion as well? Will evidence cross the path that implicates Valentin enough for Chase to go after him? Could Nelle slip up in her newfound freedom and implicate Valentin in some manner?

One thing is sure. The forged documents are a crucial piece of evidence. Securing those papers just might be key in helping Michael end Nelle’s efforts to gain custody of Wiley forever! And don’t forget to check back here regularly for all your General Hospital news, information and spoilers!