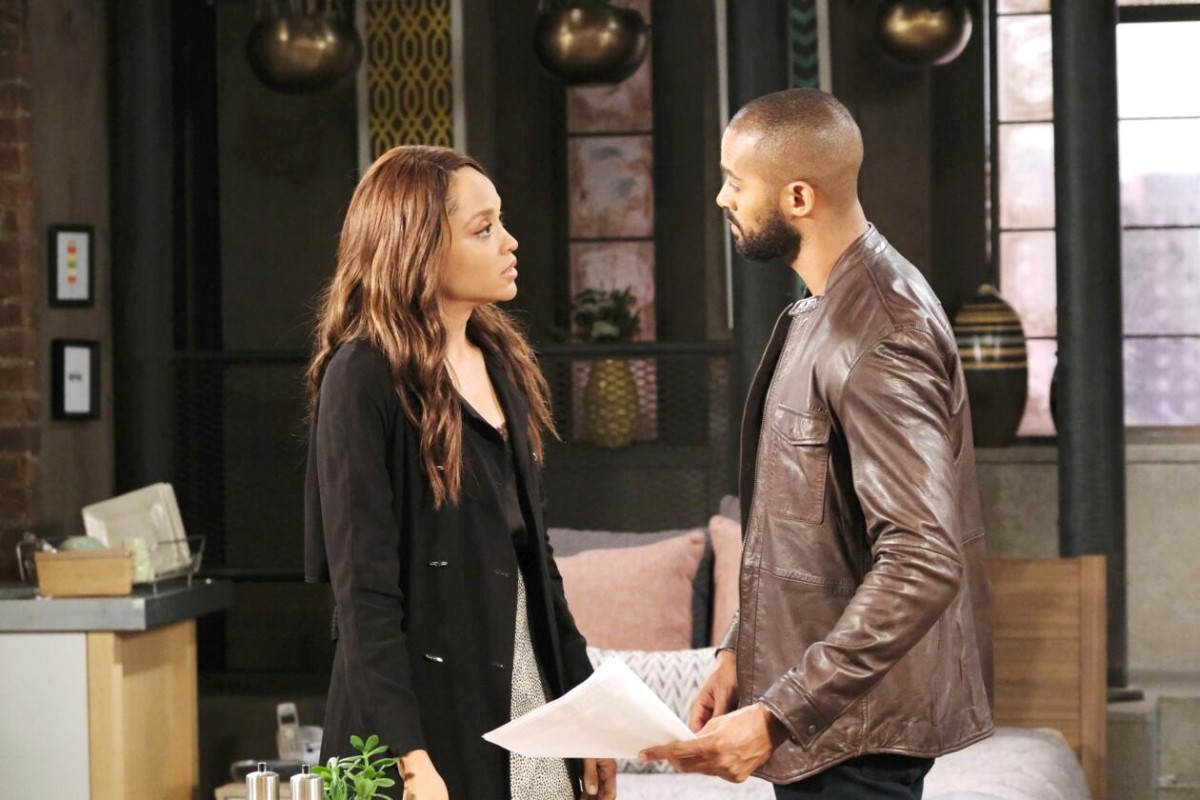 Days of Our Lives spoilers tease that Lani Price (Sal Stowers) and Eli Grant (Lamon Archey) will help Rafe Hernandez (Galen Gering) search for David Ridgeway (Caleb and Kyler Ends) in an upcoming episode of Days of Our Lives!

Days of Our Lives viewers will recall from Friday’s episode that Eli and Lani had discussed helping Rafe look for David as they sat together on a bench in Horton Town Square. They decide that even though technically neither one is a police officer anymore, they still had the skills and could help Rafe find his foster son.

The adoption had not gone through due to Evan Frears/Christian Maddox’s (Brock Kelly) background check, and Rafe has been blaming himself for not being on top of things like he usually is. Eli and Lani were bumped into by a man running across the town square and he had dropped a little green toy train on the ground, which Lani put in her purse and they headed over to the Salem Police Department to offer their assistance, and when Lani happened to pull it out Rafe recognized it – it belonged to David!

That is a vital clue to David at least still being in Salem, although there is always the possibility that he is not the only little boy to have that toy in the whole town of Salem – neither Rafe, Lani, nor Eli want to consider the possibility that it could only be a false lead! Rafe put an APB (all-points bulletin) out to prevent Evan from leaving Salem with David since he had taken off after making bail. However, they know that was not Evan running by them since he was still in custody at the time. But Evan would only say David was “in good hands” so that might have been the person who is taking care of the toddler!

Rafe put out an Amber Alert early on, and now they have received a tip. Rafe has found out that the presumed-dead criminal, Orpheus, also known as Milo Harp (George Del Hoyo) is alive – not only alive, but he is Evan/Christian’s father! He can’t believe it – Orpheus had been dead for years, or so it had been thought! Longtime Days of Our Lives viewers will recall that Orpheus did have two children – a boy and a girl – and he had kidnapped Marlena Evans (Deidre Hall) to take care of them!

Evan put on a really good show at Ben Weston’s (Robert Scott Wilson) execution when he didn’t recognize Marlena, and he had been old enough as a child to have remembered her! Rafe also finds out that someone matching Evan’s description is at a local motel has been seen, although he had not been observed as having a toddler with him!

Rafe, Lani, and Eli head out to the motel and having found the room, burst in, only to find a perfectly calm Evan all by himself with no trace of David or Orpheus. Rafe is very angry, and demands to know where his son is, which Evan counters with that he’s not Rafe’s son, he’s his! Both men claim David, and both claim rights to him!