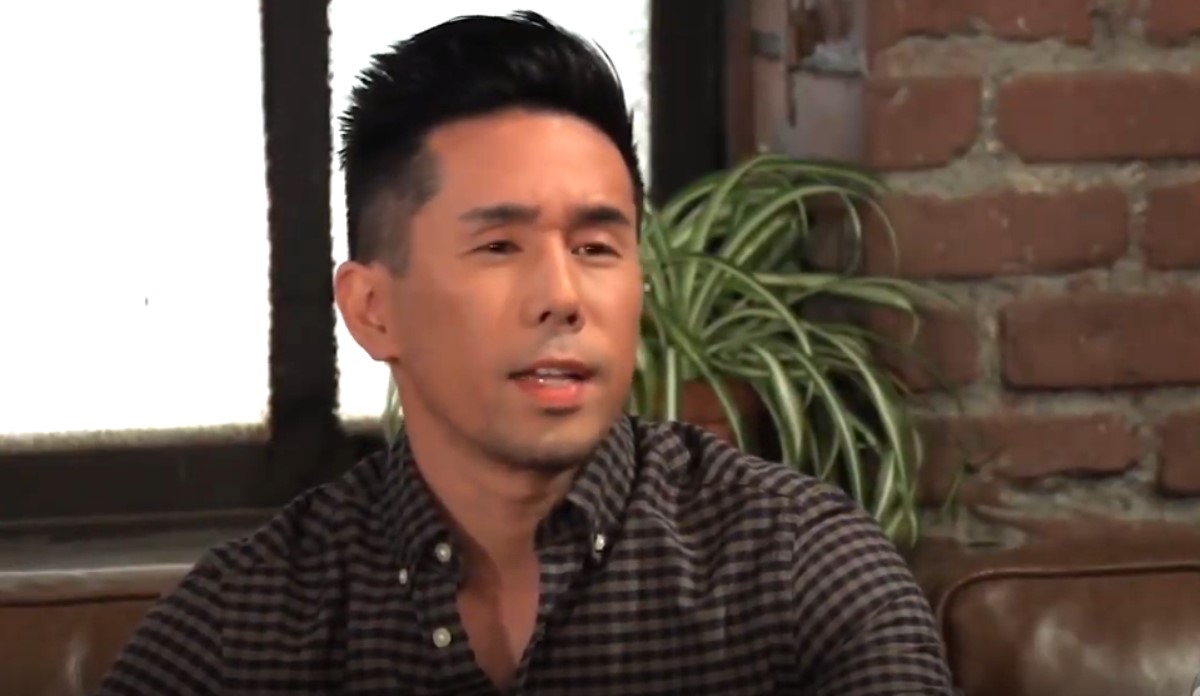 On “General Hospital,” fans were excited to see Britt Westbourne (Kelly Thiebaud) reunite with her BFF BradCooper (Parry Shen), who’s currently in jail for the kidnapping of Wiley Cooper-Jones (Erik and Theo Olson). Could Britt be the person Brad needs to get out of the mess he’s currently in?

Given that she’s the daughter of Cesar Faison (Anders Hove) and Dr. Liesl Obrecht (Kathleen Gati), she’s a known schemer and she might have how to get Brad off the hook.

General Hospital Spoilers: Cyrus is Still a Threat! Should Jordan Step Down as Commissioner?

All that’s yet to be revealed but for now, Parry Shen is ecstatic about the pair’s reunion.

My very first episode in ‘13 was with @kelly_thiebaud – so I can’t think of a better send off to Pentonville. Fun Fact: I flipped up the collar to the prison jumpsuit and slo-mo walked around my dressing room pretending I was one of the astronauts from the movie, “Armageddon”,” the actor shared.

“A lot has happened since the last time these BFFs were together. @parryshen @kelly_thiebaud #GH #GeneralHospital #TheBrittchIsBack,” he continued.

Viewers may recall that Britt visited Brad. The pair had a lot of catching up to do and they bonded once again as friends. Britt revealed she’s got her medical license back. Brad told her why he’s in jail and that he pled guilty of kidnapping. He also updated her about the events that led up to the car accident. Britt also learned that Liesl knew about the baby swap scheme and that she’s currently in jail for murder and attempted murder. She added that she wouldn’t have let Julian Jerome (William deVry) walk away from everything that has happened unscathed. However, upcoming scenes hint that Britt and Julian are bound to share a steamy night together.

GH Spoilers – For The Week of March 16

In the week of March 16, “General Hospital” spoilers hint that Britt will share a night of passion with Julian. The latter will ask her phone number in the morning but she’s not keen on a followup. She doesn’t want to complicate things especially since she knows that he’s got something to do with Brad’s current predicament.

Britt will also visit Liesl in jail. The latter will ask for her support but Britt won’t believe her claims that she’s being framed for Peter August’s (Wes Ramsey) crimes. It’s a good bet that many GH fans are waiting for exactly that to happen!

General Hospital Spoilers: Britt Westbourne Shows Up in Court – Will She Help Brad Avoid His Fate?