‘The Bold and the Beautiful’ Spoilers: Hope Plays Hero – Thomas Beaten At His Own Game 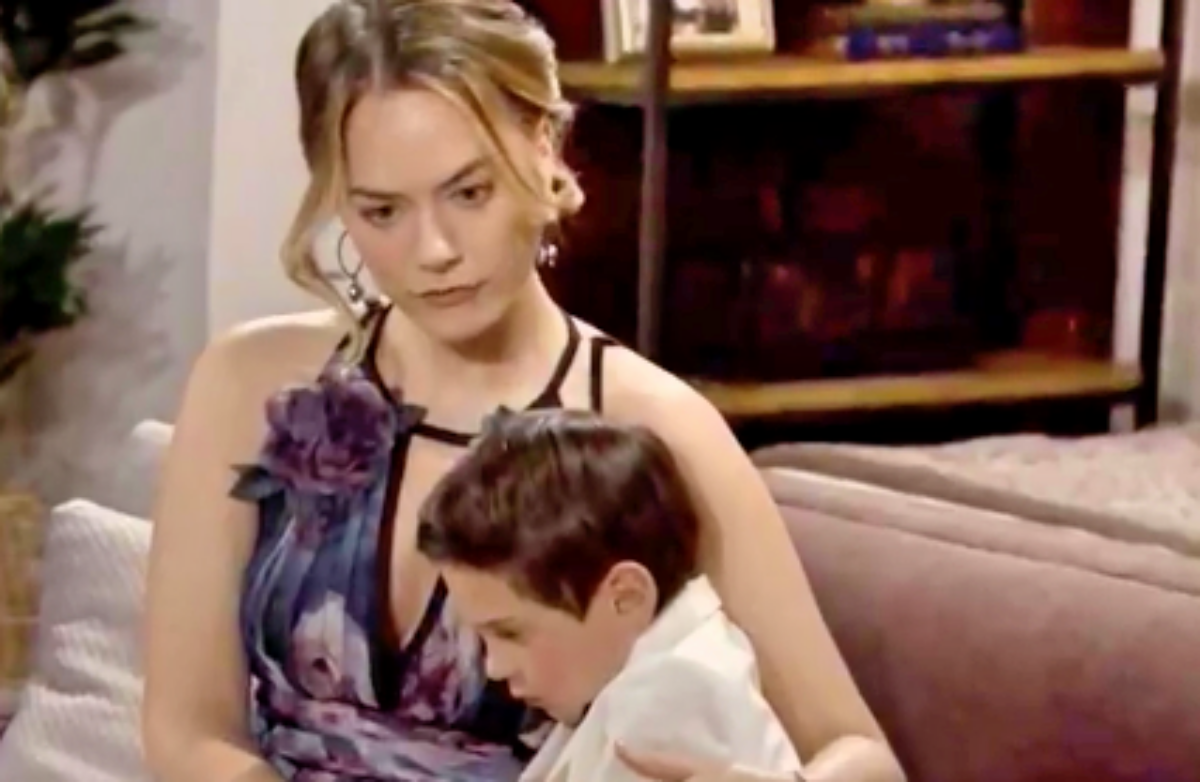 The Bold and the Beautiful spoilers tease that Hope Logan (Annika Noelle) didn’t want to allow Thomas Forrester (Matthew Atkinson) to abuse her loved ones anymore. So, she took charge and beat her relentless admirer at his own game.

An emotional series of events that involved a stolen baby, a broken marriage, persistent harassment, and an adopted son’s best interests motivated Hope to trick Thomas into revealing his inner thoughts. The fact that Hope was able to finally elicit the truth from Atkinson’s incredibly well-played character in front of those he’s been conning made the result all the more just.

The Bold and the Beautiful Spoilers: Douglas Manages To Reunite Liam And Hope – But For How Long?

Bold And The Beautiful Spoilers – Moments Lost With Beth Spencer

Hope actually brought herself to forgive, or at least deal with Thomas’ choice to withhold the truth about Beth Spencer (Madeline Valdez and River Davidson) being alive. The idea that he actually married Hope, while holding that secret, surely would have caused most women to rightly spurn Thomas. But Hope’s good heart allowed her to look past his terrible mistake.

The precious moments of Beth’s early months are forever lost, as Hope wasn’t able to be present for most of them. Steffy Forrester (Jacqueline MacInnes Wood) was raising Beth as an assumed, adopted child. However, at least Liam was able to witness some of his second-born daughter’s early moments.

Bold And The Beautiful Spoilers – Lope’s Splits Were Totally Unnecessary

Hope came to believe that Liam needed to live with Steffy, so that they could raise their daughters together. Kelly Spencer (Avalon and Colette Gray) is the former Steam’s child, but Phoebe Forrester (Madeline Valdez and River Davidson), who was actually Beth, came to be seen, by Hope, as Liam’s stepdaughter.

Telling Liam to leave her ended that edition of their marriage. Hope felt that choice had to be made for the best interests of the girls.

Meanwhile, Noelle’s alter ego planned to serve as Douglas Forrester’s (Henry Joseph Samiri) second mother. Thomas hoped, at the time, that the bond Hope and his son formed would help to spark a long-lasting marriage. That was pure fantasy, both initially and most recently.

Caroline Spencer’s (Linsey Godfrey) stunning death took her from Douglas. Now, being only of kindergarten age, Samiri’s character was facing a life with no mother and an unstable father.

Hope’s immediate connection with Douglas, following his return from New York with his dad, and her eventual choice to adopt him, gave this young man a chance at a better life. While he didn’t initially see it, Liam now understands that the Lope family is enhanced by Douglas’ addition.

Somewhere, in the midst of this fictional version of Los Angeles, California, Thomas is inside his head. Maybe, just maybe, he’ll force a change within himself, rather then returning to seek revenge because he lost the game he was playing with Hope, his son, and all the other B&B characters who he drew into this epic arc.