The Bold and The Beautiful Weekly Spoilers March 16 To March 20: Ridge And Brooke’s Kiss Crush Chances Of ‘Bridge’ Reunion 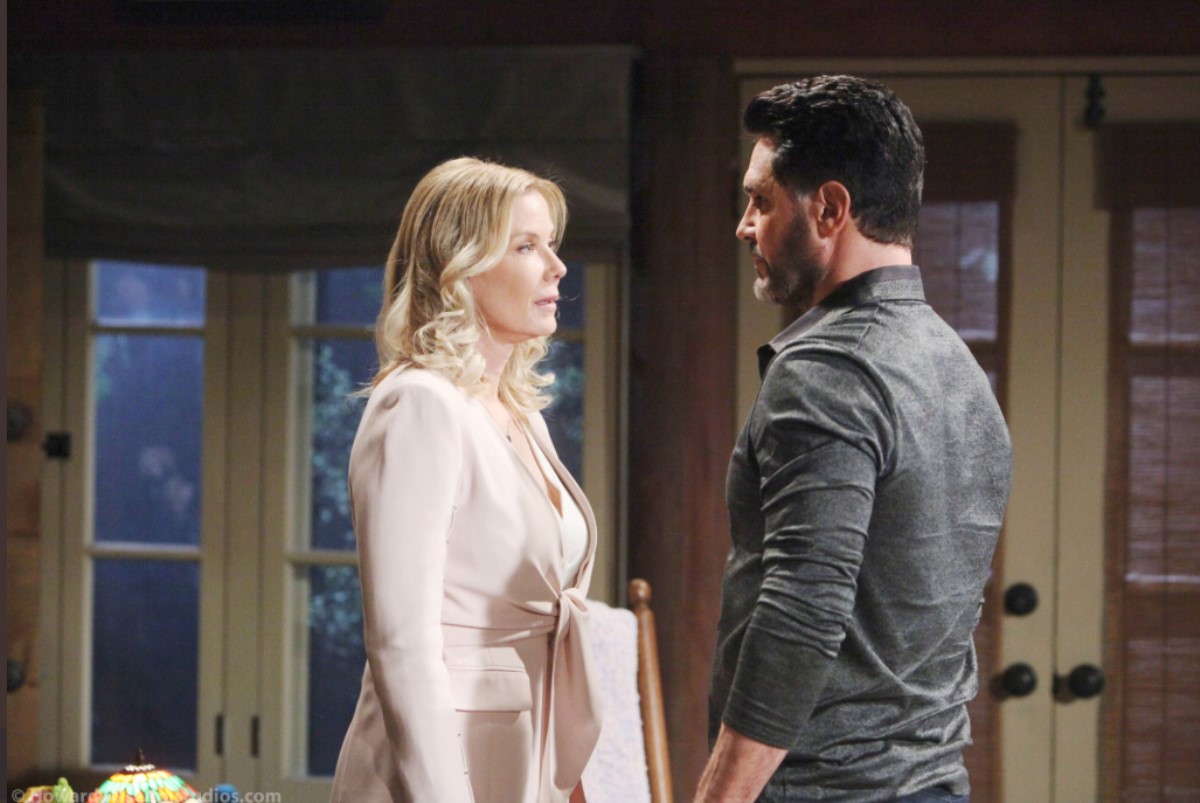 First in the weekly Bold and Beautiful preview, “The Kiss”, Ridge Forrester (Thorsten Kaye) and Brooke reconcile, with Ridge telling Brooke that their love is stronger than ever, and he’s committed to her and only her!

The Bold and The Beautiful Spoilers: Thomas’ Life Changed Forever – Humiliated By All, Leaves In Tears

She responds that she is also committed to him. But looming in the back of her mind is that kiss, and Dollar Bill Spencer calling her saying that he wanted to talk to her about it – she tells him with an extremely stern look on her face, “I told you – not another word!” Meanwhile, the person who had watched them kissing through the slats of the blind in the window is revealed – it’s Shauna Fulton (Denise Richards)!

The scene runs again of her looking through the window, and a closeup of the passionate kiss between Bill and Brooke, and Shauna tells Quinn Forrester (Rena Sofer) that she saw it – and she can’t get it out of her mind! Quinn rises from her chair and looks at her in amazement because now she finally has some ammunition against Brooke!

Viewers of the Bold and The Beautiful will recall that Quinn has never called a cease-fire on her war against Brooke, even though Eric Forrester (John McCook) told her to cease and desist the day that she and Brooke got into a physical catfight and Shauna was told she had to move out!

She had tried to get Brooke drinking again by spiking a drink but it didn’t work, and she’s just been itching for something to use as ammunition – and this sounds like it just might be it! If Ridge were to find out about that kiss now, he would be devastated and angry! Right after coming off realizing he’d been played by his own son, Thomas Forrester (Matthew Atkinson) it wouldn’t be surprised if he lashed out at Brooke and felt like he’d been played by her too!

The Bold and the Beautiful Spoilers: Thomas Runs Away – Douglas Get His Family Wish? #bb #boldandbeautifulhttps://t.co/n9NzVa9hkk

And Shauna certainly hasn’t wanted to give up on getting with Ridge herself – this might be her opportunity to get with him in a more real way if she goes with Quinn to break to him the terrible news that Brooke is cheating on him with Bill! Of course, that is what they will say even though it was just a kiss and at least to Brooke, it didn’t really mean anything!

It was just a spur of the moment thing that happened, nothing intentional to it. Shauna might want to do that but Quinn might want to use the knowledge as some kind of leverage to control Brooke and make her do what she wants, but however Quinn decides to use this ammunition you can bet she will milk it for all it’s worth!