Days of Our Lives Spoilers: Princess Gina Makes Desperate Plea – Will Dr. Rolf Save Her? 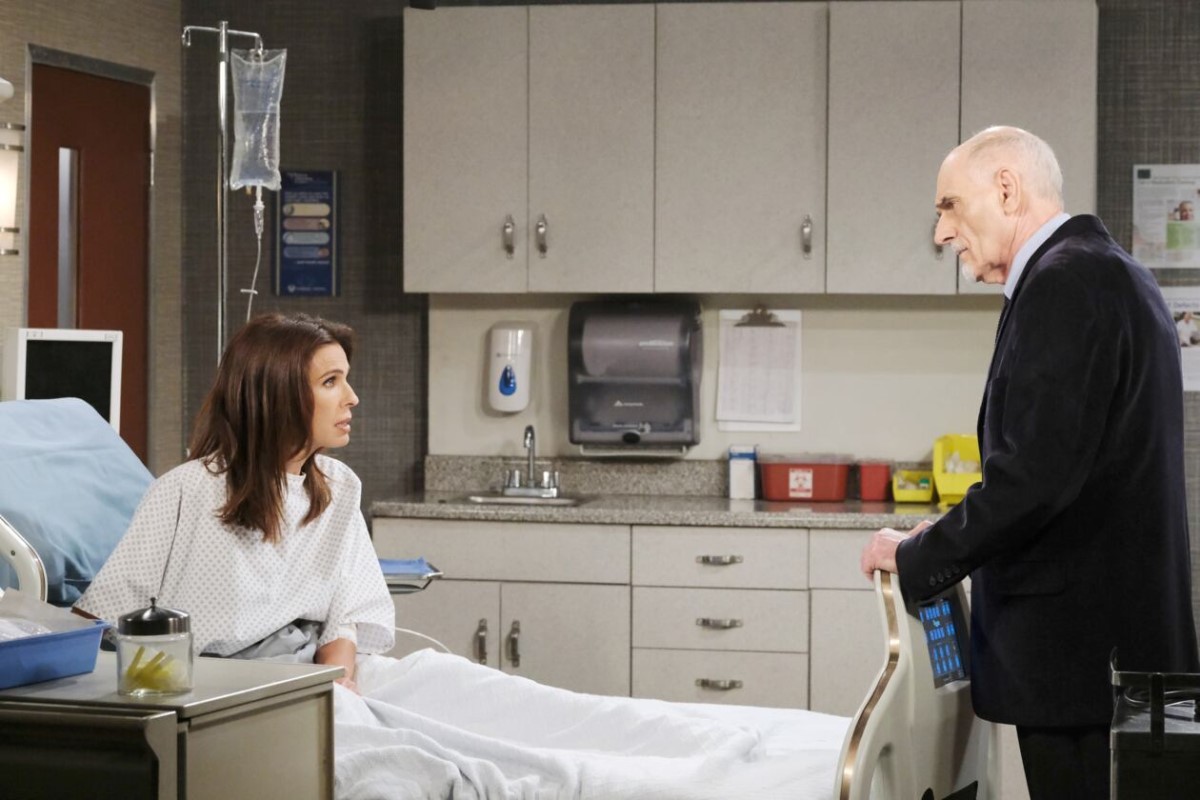 Gina had been a trained art thief and forger whom Stefano DiMera (then Joseph Mascolo) had hired and manipulated to do his bidding. She stole priceless works of art for Stefano in the 1980s and had fallen in love with John Black (Drake Hogestyn), “the pawn” but when Stefano took John away from her, she became mentally ill and no longer wanted to paint – meaning she had become totally useless to Stefano. She believed John had died and was lured to Maison Blanche (Stefano’s mansion at that time) with promises of Stefano curing her depression. Instead, she was locked in a turret of her castle at her home, Chateau de Reves.

She further deteriorated into the depths of madness but eventually recovered, and lures Hope to the chateau and imprisoned her. She then had plastic surgery and impersonated Hope for the first time, but later died after being shot by Bo Brady (Peter Reckell), which is when Stefano and Dr. Wilhelm Rolf (William Utay) created the first control chip, which was implanted in Hope’s brain and controlled by Stefano via satellite through his wristwatch.

Years later, in 2012 Hope manifested Gina as an alternate personality, which Stefano had coaxed out of her subconscious to steal a Fabergé type egg for him. It was this history that Shawn remembered and was able to figure out that Hope’s strange behavior was caused by Princess Gina emerging again.

Technically, this time Princess Gina is not an alternate personality but a persona contained in the control chip in her brain, much like it was the first time when Stefano controlled her through his wristwatch. Yet, Gina knows that when that chip is removed, her “life”, although obviously an artificial life, is gone.

Rolf obviously kept her “essence” intact on a copy of the original chip or he wouldn’t have been able to create a new one since the real Gina is dead. Gina begs Rolf and likely tries to grab his arm and hold it away from her because she doesn’t want to “die”. She will probably become very emotional before she is likely given another shot to knock her out as he did to Hope when he turned her into Gina.

She knows she has no more chances with John, but that doesn’t mean she doesn’t want to continue to live; Rolf may tell her that she has outlived her usefulness to Stefano (now Stephen Nichols) because he has his “queen of the night” Marlena Evans (Deidre Hall) and no longer deals in stolen or forged art, so he doesn’t need her.

The usually strong and composed Gina may scream as the needle goes into her shoulder and quickly becomes unconscious. Rolf may have another copy of the chip unless the flash drive that Gina pushed Jennifer Deveraux (Melissa Reeves) over the side of the balcony over was the only copy!