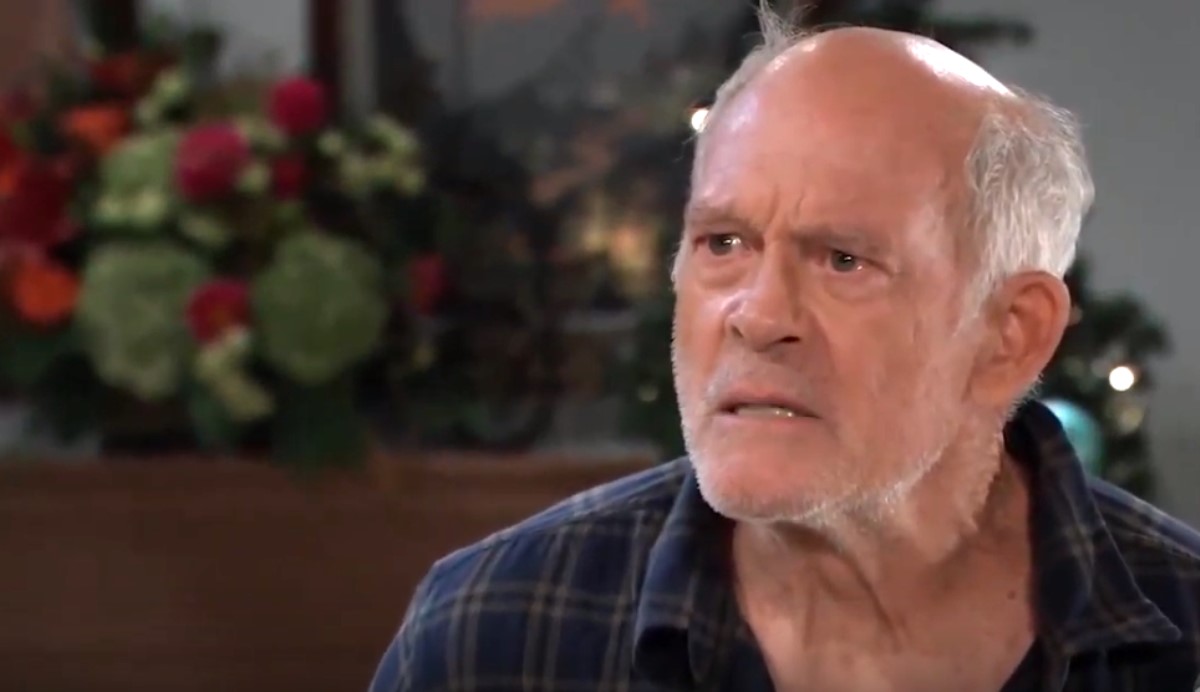 General Hospital spoilers tease that in the near future, Sonny Corinthos (Maurice Benard) will get some concerning calls about his father Mike Corbin, (Max Gail) from Turning Woods Memory Care, where he has been in care at for the last several months – in future GH episodes he will get terrible news and a call about Mike.

But is Mike really suffering his dangerous condition as a result of his advancing Alzheimer’s disease, or is it as a result of being poisoned or drugged by Cyrus Renault’s (Jeff Kober) henchmen?

General Hospital Spoilers – Cyrus Renault Has Had A Recent Pattern Of Strikes Against Family Members Of Those He Considers His Enemies, Or Those He Wants to Blackmail Into Working For Him

General Hospital viewers will recall that Cyrus has had a recent pattern of strikes against family members of those he considers his enemies, or those he wants to blackmail into working for him! Trina Robinson, (Sydney Mikayla) along with Cameron Webber (William Lipton) was kidnapped, drawing Marcus Taggert (Réal Andrews) into a trap, and later resulting in his death; TJ Ashford (Tajh Bellow) appears to have been kidnapped at about the same time, and now Cyrus is using that to blackmail Port Charles Police Commissioner Jordan Ashford (Briana Nicole Henry) to work for him; it wouldn’t be any surprise at all if Mike has been targeted!

By the time anyone suspects a drug or poison specifically chosen to mimic the symptoms of last stage Alzheimer’s, it may be way too late to save Mike’s life! That could be the way that Cyrus has chosen to strike back at Sonny for Jason Morgan (Steve Burton) blowing up his warehouse on Water Street, destroying several million dollars’ worth of illegal drug merchandise and delaying Cyrus’ plans for running drugs through Sonny’s territory, which Sonny had not at all agreed to – and since Jason was the one to set the bomb and Cyrus’ henchman know it, Jason’s family will likely be targeted as well!

So far nothing has happened, but Jason will be on his guard and wary of every little movement, and he is upset that Sam McCall’s (Kelly Monaco) parole officer won’t let her within ten blocks of her, which hinders his ability to protect her – but maybe that is all of Cyrus’ plan too, and Officer Delores Maloney (Andi Chapman) answering to Cyrus!

Mike Corbin is very vulnerable at his age, and his stage of Alzheimer’s disease makes him even more vulnerable. Plus, Turning Woods Memory Care Center doesn’t appear to have the best of vetting procedures for those they hire as employees; viewers will recall from several months back that many of the Dawnies worked there, although perhaps as covers for a more nefarious purpose, recruiting the family members of patients there into Dawn of Day.

Daisy Kwan, (Kelsey Wang) for one; viewers will recall that a newspaper from the home town of one of Sam’s old mark’s had been delivered thereto Yvonne Godfrey (Janet Hubert) which drew Sam to investigate who the voices coming from her past were, and eventually the trail had led, of course, to Shiloh Archer (Coby Ryan McLaughlin) whose father had married Sam and she had made off with his money.