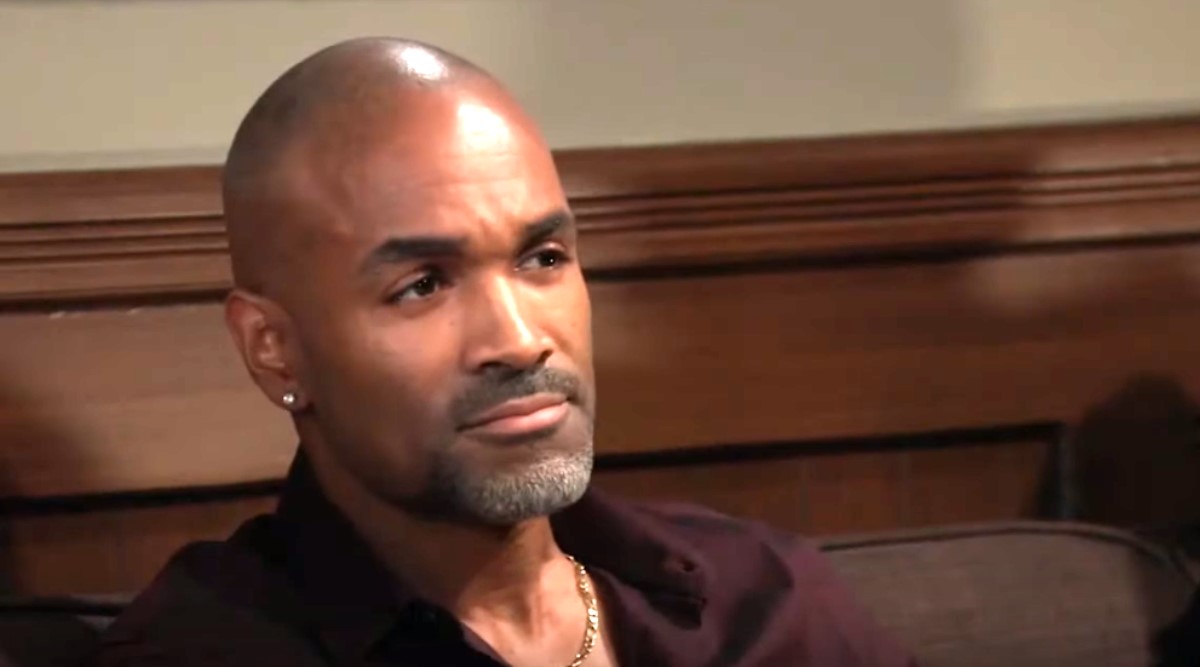 One would think that Curtis Ashford (Donnell Turner) would be more than happy to help his wife. Finding TJ and putting an end to the threat Cyrus poses to his family is surely at the top of the former cop’s priorities. However, Jordan has (stupidly) been less than forthcoming when it comes to sharing information with her husband. In fact, she’s gone out of her way to keep him in the dark about a myriad of issues.

Jordan hasn’t just hidden things from Curtis, however. No, she’s also refused to cooperate with him or listen to his advice about how to deal with Cyrus. She’s refused his recommendation to put aside her uppity moral judgments and work with Mafioso, Sonny Corinthos (Maurice Benard). Now, her moral grandstanding about keeping to her principles just might get her son killed. The sad part, is that at this point, her own husband doesn’t even know TJ is being held captive!

GH fans know that over the past month or so, this couple has hit rocky territory. They’ve disagreed strenuously. There’s lots of tension between them, which is too bad since it’s clear that Curtis wants to help. They’ve fought loudly and often. Yet, at no point has the situation been as dire as it currently appears to be!

GH Spoilers – Jodan Ashford Should Open Up To Her Husband

If Jordan continues to stonewall her husband and Cyrus ends up killing TJ before she tells him the truth, what then? He could seriously hate her for the rest of her life! Due to their emotional pain, their relationship would surely be over, and a divorce would swiftly follow.

Jordan could absolutely avoid all of this if she would just pull her head out of the sand and look around. Out of all the people around her, who should she be able to trust the most? Her own husband, of course! Curtis is a good guy, a former cop, someone capable of dealing with dangerous situations. He’s probably Jordan’s most valuable ally!

But, if she doesn’t come clean and tell him everything, and tell him soon, she’s sure to cause damage that may be impossible to repair. Curtis could walk away very angry indeed. How tragic would it be if Jordan loses both her son and her husband? GH fans might be a hundred percent frustrated with Jordan’s behavior by now. However, it’s a good bet most will agree that it would be heartbreaking to watch Jordan throw away her relationships and end up entirely alone.