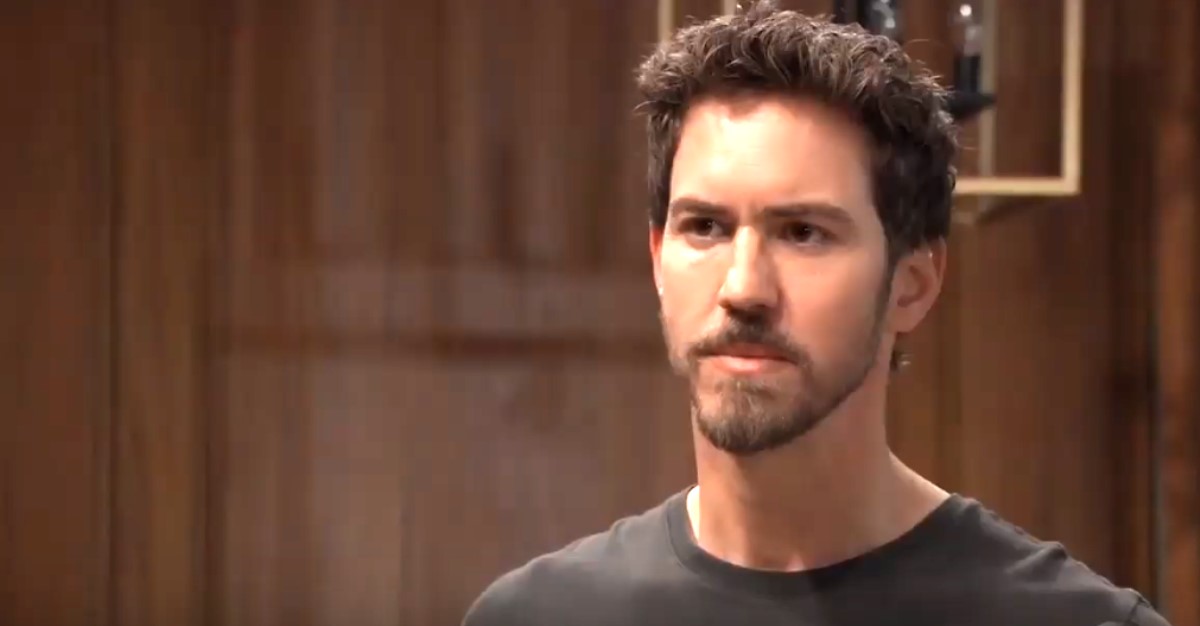 General Hospital’s Peter August (Wes Ramsey) is determined to keep Sam McCall (Kelly Monaco) and Jason Morgan (Steve Burton) apart, but why? Wouldn’t Sam and Jason together keep them from having time to be so preoccupied with Peter’s activities instead of the two of them apart?

General Hospital’s Peter was up to his neck in a partnership with Shiloh Archer (Coby Ryan McLaughlin). After all, Peter was there at the original brain mapping procedure and Shiloh provided him with Drew Cain (Billy Miller). Peter claims he doesn’t want Jason checking into his past but keeping Sam and Jason apart is causing just that to happen.

What is Peter and Shiloh were in deeper than just the prison break and Drew? Could Peter have another vendetta against Jason or Sam? Does Peter not realize that Sam and Jason would be less preoccupied with him if he wasn’t the reason they were being kept apart? However, Peter could be working with Cyrus Renault (Jeff Kober) and mistakenly think this will keep Jason off his game. If that’s the case, its unfortunate for both of them to not realize that Jason will be more determined than ever to take them down so he can get back to Sam.

GH Spoilers – Jason Mogan Has Time On His Hands

General Hospital’s Jason has way too much time on his hands which makes taking Peter down that much more likely. Jason can’t spend time with his family and needs to keep busy and Cyrus is a big issue. Jason is having problems working around Cyrus to stop his takeover of Port Charles. Could Peter be tied to Cyrus and that is why he wants Jason doing other things?

After all, Peter has to have connections to push Sam’s parole officer around. Faison was not beyond working with a drug dealer, he worked with Jerry Jacks after all. Cyrus could have been a connection through his father. Peter may be trying to keep this connection covered. However, Sonny Corinthos (Maurice Benard) is already coming after Cyrus and Sonny isn’t about to back down. As Sonny’s enforcer, Jason will find the connection if it’s there and take them both down.

Could General Hospital’s Peter be working with Valentin Cassadine (James Patrick Stuart) to take over ELQ? Going after the family business is not a murdering offense in Jason’s book but Jason might catch on quickly. Perhaps it’s part of the plan to make sure the Quartermaine’s don’t see this coming. However, Ned already knows someone is trying to take over, it’s only a matter of time until they find out who.

Perhaps Peter is doing this just to annoy Jason and push him into making a move against him. However, Peter deserves whatever he gets when Jason reaches his breaking point. Peter’s mistake is not making sure Jason is distracted by reuniting with Sam after five years. Right now Jason needs something to occupy his time until his family can be back together and taking down Peter is it. And don’t forget to check back here regularly for all your General Hospital news, information and spoilers!