The Young and the Restless Spoilers: Are Tessa And Mariah Really Over – See What Happens? 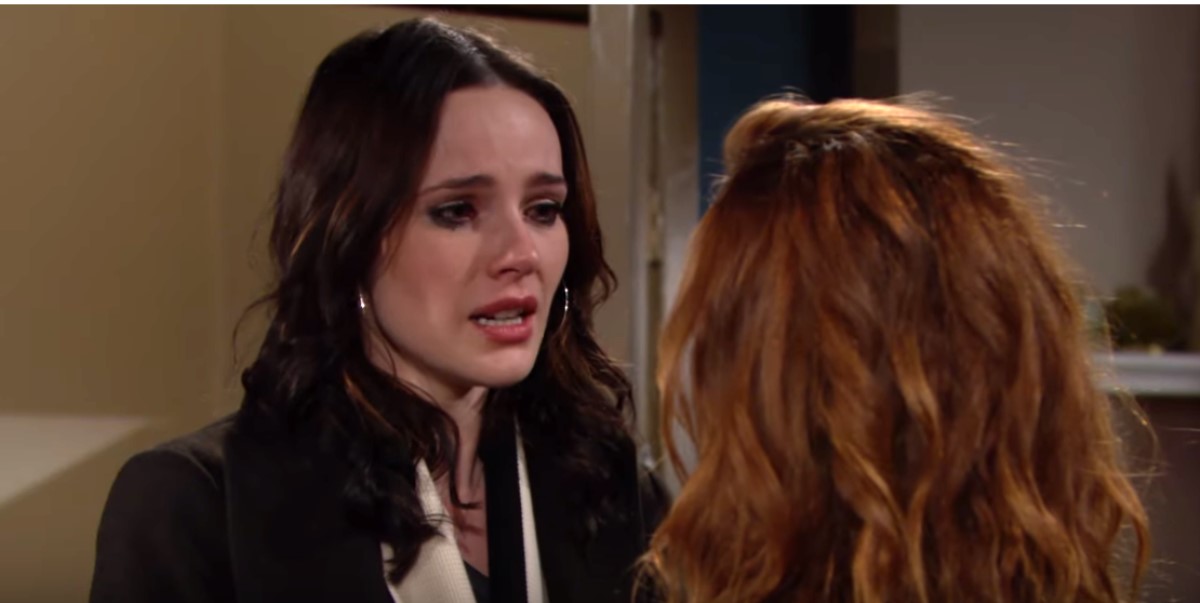 The Young and the Restless spoilers tease that things aren’t looking so good between Tessa Porter (Cait Fairbanks) and Mariah Copeland (Camryn Grimes) right now. That’s because Tessa came home to surprise Mariah only to find out that she slept with another woman behind her back. Talk about a deal-breaker. Here’s what you need to know.

Things haven’t always been very easy for Tessa and Mariah, but they certainly haven’t been this bad before. While there’s no doubt that the two of them have their trust issues, they’ve always managed to weather each and every storm. But for Tessa, it won’t be that easy this time around.

For weeks Mariah made it sound like Tessa was getting busy with Tanner behind her back when it turns out it was Mariah who couldn’t stay faithful to her girlfriend. Mariah is not only a cheater, but a huge hypocrite, as well as this, is one mistake that Tessa is not willing to forgive.

Speaking to Soaps in Depth in a new interview, actress Cait Fairbanks, who plays Tessa on the hit CBS soap, puts it this way, “This ball is in Tessa’s court with this. Mariah has forgiven Tessa for multiple things. That may come into play when Tessa makes her decision about whether to forgive. But what Mariah did was an attack on their relationship, so that’s the problem. Things feel a little dented between them. I’m interested to see how this affects them – if they even have a relationship now.”

The Young and the Restless Spoilers: Jack Tries To Ease Tensions Between Kyle And Theo At Jabot https://t.co/2Khr7P5u5J pic.twitter.com/xFaYBPvjsQ

Y&R Spoilers – Are Tessa Porter And Mariah Copeland Really Over? Relationship In Limbo

Needless to say, The Young and the Restless fans are feeling the same way right now, too. Their relationship will definitely be put to the test. If Tessa wants to be with Mariah, then she has no choice but to forgive her and move on from this. However, there’s a very good chance that their past might cause some major problems for their future. Of course, The Young and the Restless fans will have to tune in for all of the action!

In the meantime, stay tuned right here for all of the latest news and updates on all of your favorite daytime television shows.