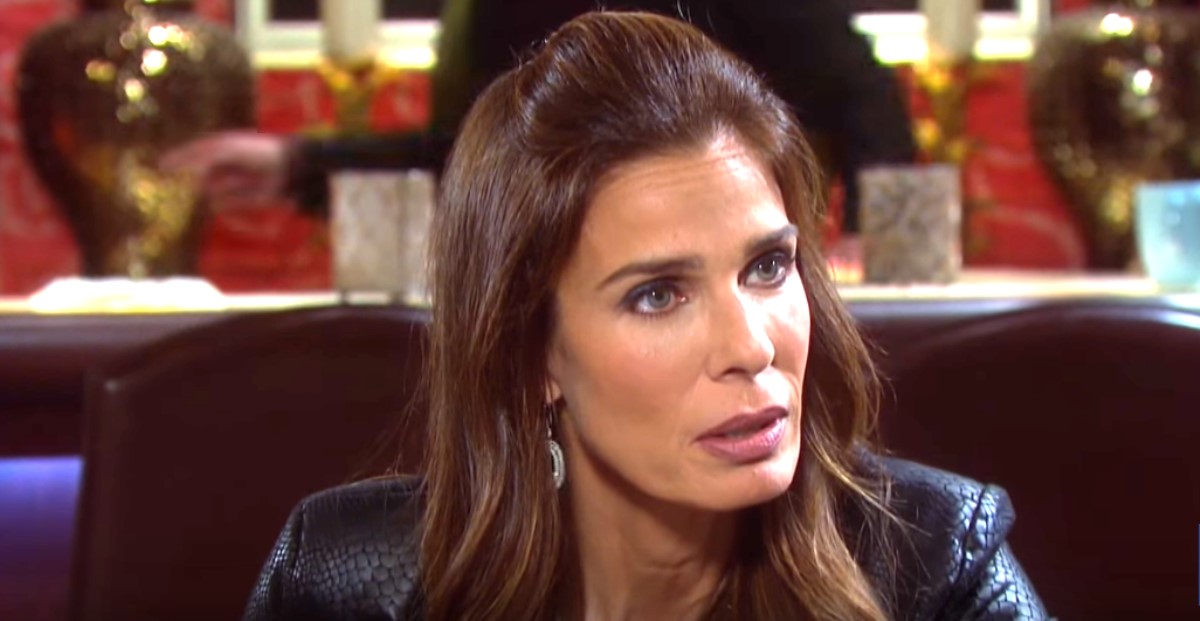 Days Of Our Lives viewers will recall that Dr. Wilhelm Rolf (William Utay) had ambushed Hope in the lab that had been set up for him at Salem University Hospital for him to recreate his amnesia cure serum for Jack Deveraux (Matthew Ashford).

Days of Our Lives Spoilers: Princess Gina Makes Desperate Plea – Will Dr. Rolf Save Her?

She was in the hospital most of the time, because this is when Julie Williams (Susan Seaforth Hayes) was waiting on a heart transplant and was close to death, and would have died, had Gabi Hernandez DiMera (Camila Banus) not donated Stefan DiMera’s (Brandon Barash) heart at the last minute. Rolf had given Hope a shot to knock her out in the shoulder, then a second shot in the back of her neck, which delivered the microchip containing Princess Gina’s “essence” into her brain.

She fell asleep on a pew in the chapel for quite some time, or perhaps Rolf carried her there unconscious and left her there, and gradually began to exhibit more and more bizarre behavior over time until the Gina persona fully settled in and completely overtook her own consciousness, memories, and behavior. Hope remembers nothing from the time she was Princess Gina! She is having an experience much like Jennifer Deveraux (Melissa Reeves) who had a coma for a whole year after Hope, as Gina, had pushed her over the balcony railing of The Bistro onto the ground below in the Horton Town Square!

DOOL Spoilers – Hope Brady Cannot Believe That She Had Been Princess Gina Again, And For Over A Year!

Hope cannot believe that she had been Princess Gina again and for over a year! She will want to know what happened in the time that she was “away” and also will want to know what she DID as Gina, especially if she had committed any crimes! Hope, in her right mind, would be horrified if she had committed any crimes, especially if they had been serious ones!

Chances are, she would not be culpable for committing crimes under the influence of a mind and self-altering control chip in her brain. It would be even less chargeable for someone being charged under an insanity plea because, to begin with, insanity pleas do not mean, at least not in real life, that the person was suffering from a mental disorder when they committed the crime – it just means that the person’s mental state continues to preclude them from knowing about right and wrong.

Hope will probably be caught up on happy things first – like Jack getting his memory back, Jack and Jennifer getting married, Eve Donovan (Kassie DePaiva) leaving town, and things like that. The rough things, the terrible things she did as Gina will wait till last!