EastEnders Spoilers: Sharon Gives Away Kayden In Hopes Of Better Life- Is This The Right Decision Or Is She Blinded By Grief? 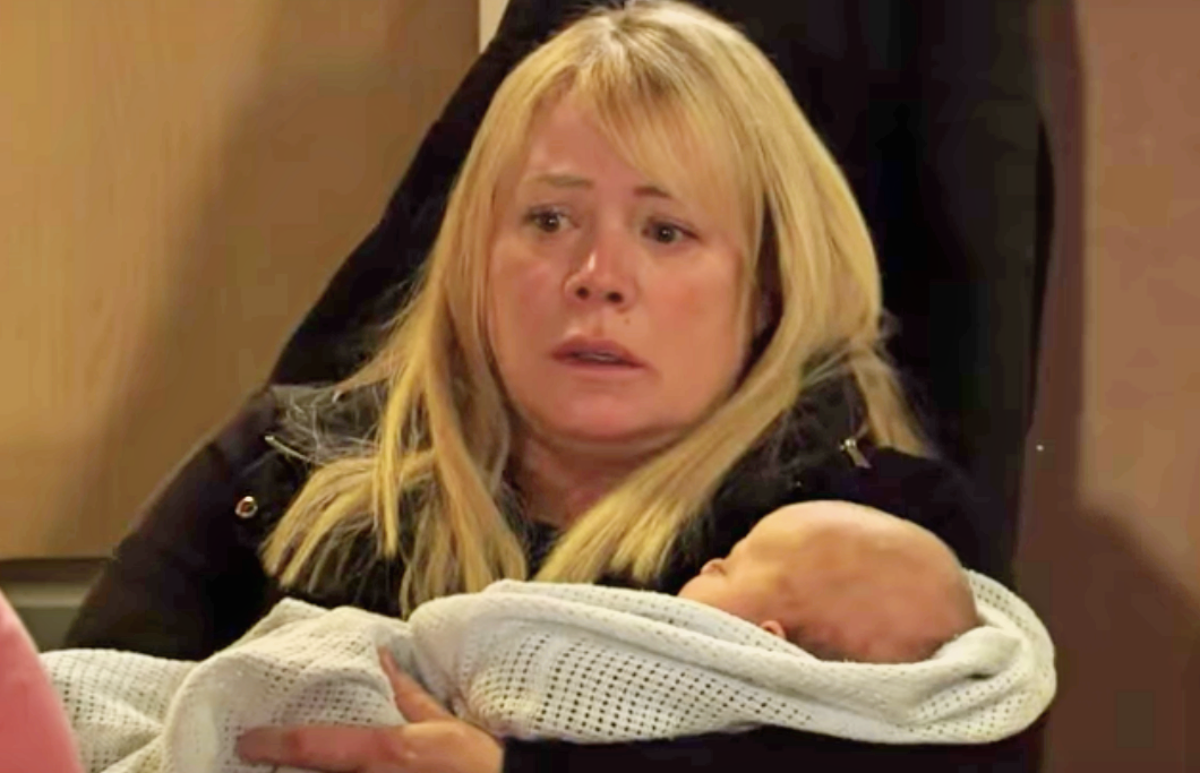 As viewers know, Sharon has been grieving the death of her son, Danny, while simultaneously trying to raise her newborn son. Taking care of Kayden has been difficult for her since she found out about Danny’s death, and she has not been able to give him her full attention and love. On the episode that aired on the 16th, viewers have seen her continue to struggle to care for her son as she prepares for Danny’s funeral and finds out that his body has been released.

However, it was not expected that she would give up her son to anyone else. On the other hand, she has been neglecting the needs of Kayden because of her grief. So, on the 17th, she made the decision to give up her son to his grandmother, Karen Taylor (Lorraine Stanley).

Karen has been off and on taking care of the young boy since he was brought home by Sharon and would make a good mother to raise him. However, will Sharon regret making the decision to give away her child?

British Soaps Take Extreme Measures To Limit Coronavirus From Spreading – Find Out What They Are Doing To Protect The Actors!#Eastenders #CoronationStreet #HollyOaks #Emmerdale https://t.co/JHuTJBZ4pm

EastEnders Spoilers- Sharon May Regret It

At the moment, it does seem like a good idea to have someone else take care of Kayden. As Sharon is having a hard time coping with the death of Danny, and it is still so fresh. However, as of right now, she is blaming herself for Danny’s death even though she had nothing to do with Danny being on the boat or being locked in that room.

This is clouding her judgment and making her think that she can not be a good mother to Kayden as she listed Danny’s death as a reason why she was not a good mother. Once she finds out about the secret behind her son’s death, she may stop blaming herself for his death. Could this make her want to regain custody of her child, or even when the grief disappears, could she want to raise her son again?

Only time will tell if Sharon will regret her decision or if this is the best option for Kayden? What do you think? Will Sharon regret her decision, or is she making the best decision? Watch EastEnders from Monday and Friday at 8 pm and Tuesday and Thursday at 7.30 pm on BBC One to find out what happens next.