The Bold and the Beautiful Spoilers: Denise Richards Returns To US After Coronavirus (COVID-19) Suspension of Series In Spain 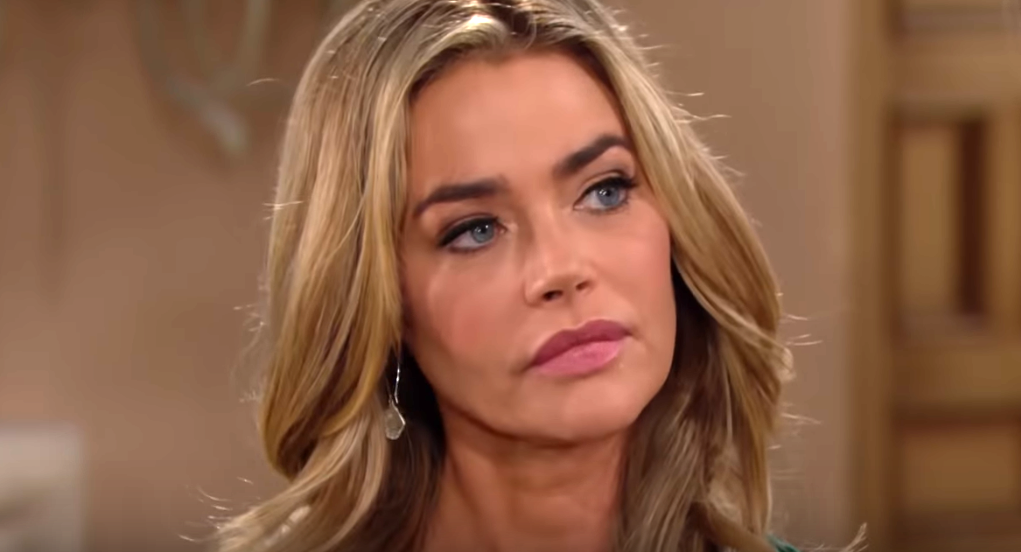 Also known as Shauna Fulton on “The Bold and the Beautiful, Denise Richards, has returned to the United States from Spain. Viewers know that she’s been shooting scenes for the series, “Glow & Darkness,” in the country. But since Spain is currently on lockdown due to the threat of the coronavirus, the actress had no choice but to go home.

The Bold and the Beautiful Spoilers: Douglas Manages To Reunite Liam And Hope – But For How Long?

Richards, who takes on the role of Maria de Champagne on the new series, shared some behind the scenes photos on her Instagram account.

“Thank you to our amazing cast & our crew that work tirelessly & harder than all of us actors,” the actress said.

“Thank you our amazing writer & director #joseluismoreno for keeping everyone going & our brilliant magician #joseluisalcaine ..soon we will be up & shooting again. Until then be safe everyone sending prayers that you all are healthy & see you soon!! #glowanddarkness,” she continued.

“Glow & Darkness,” tells the story of Saint Francis of Assissi and other historical characters including Richard the Lionheart, Leonor of Aquitaine, and Pope Urban II. Richards is working with some of the most famous names in the acting industry including Jane Seymour and Bruce Davison.

In a previous interview with Variety, series director Jose Luis Moreno declined to provide the exact budget for the series. But he did mention that they’re planning to have three seasons featuring massive battles and VFX.

“But, thinking of Queens, which I think was a pretty big deal, I believe we will triple it. Of course, that’s not set in stone because we will be shooting for six months still,” Moreno said.

Aside from Spain, other shooting locations include Morocco, Egypt, France, and Italy. Richards or the showrunners have not announced when the production will resume, but for now, viewers can catch Richards on “The Bold and the Beautiful.”

The Bold and the Beautiful – Spoilers For March 17

Back in “The Bold and the Beautiful,” spoilers for the Tuesday, March 17 episode hint that Shauna Fulton (Denise Richards) will reveal to Quinn Fuller (Rena Sofer) that she saw Bill Spencer (Don Diamont) and Brooke Forrester’s (Katherine Kelly Lang) passionate kiss. It’s not just going to be her word for it but she’ll apparently have a recording of the steamy encounter. What will happen once Quinn gets her hands on the recording?