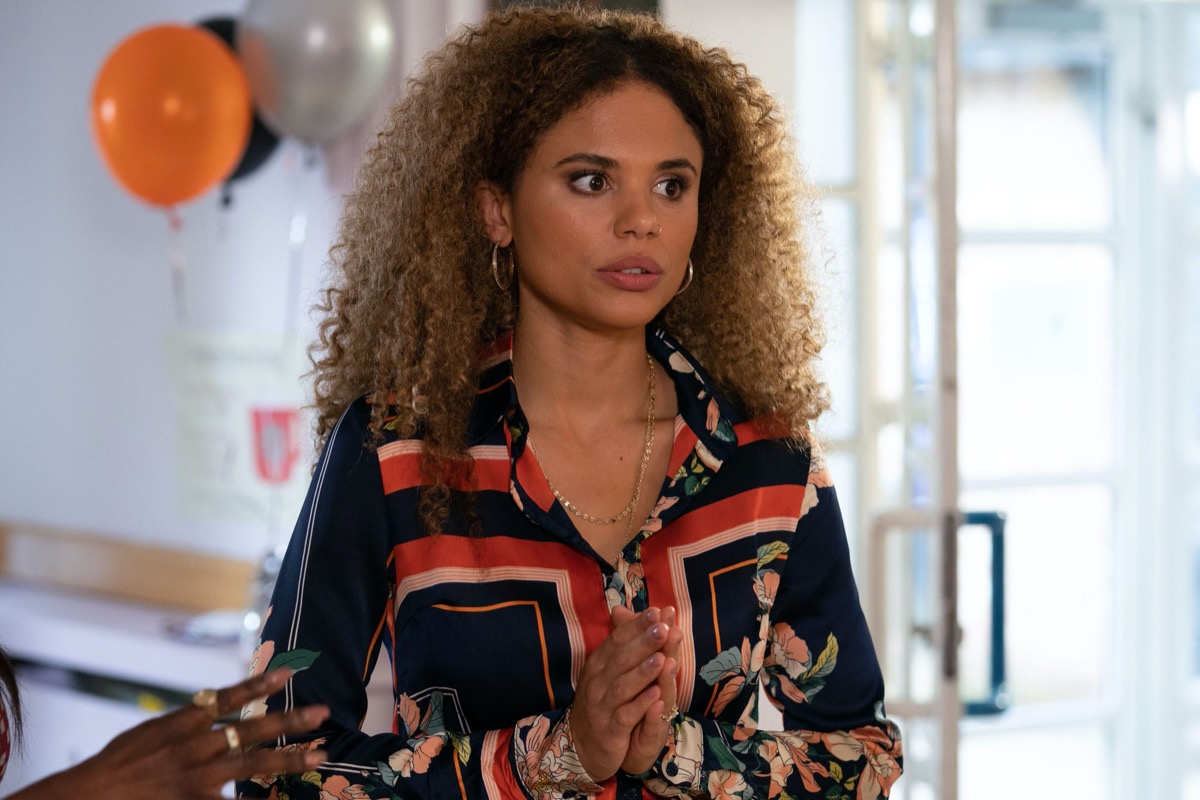 Eastenders spoilers reveal there is a clue that could indicate Chantelle Atkins (Jessica Plummer) has reached her breaking point. After being brutally beaten and sexually assaulted by her husband, fans noticed a missing knife. This, along with her emotional distance and cold demeanor might mean she could be preparing to take drastic action to protect herself.

Last week, fans watched in horror as Gray Atkins (Toby-Alexander Smith) brutally beat and assaulted his wife. She was attacked so violently that she couldn’t stand up without using the counter for support.

EastEnders Spoilers: Sharon Gives Away Kayden In Hopes Of Better Life- Is This The Right Decision Or Is She Blinded By Grief?

Gray assumed she told Mitchell “Mitch” Baker (Roger Griffiths) about his work situation. However, she didn’t say a word, as he would later find out.

Eastenders fans noticed that in the beating scene, as Chantelle used the counter to pull herself up, something was missing. On the counter, there was a knife holder. One viewer happened to observe that a knife was missing. This is sparking theories that Chantelle has plans to defend herself in the future, even if it means using deadly force.

There are other reasons fans think that Chantelle might take desperate measures to protect her life. Besides the missing knife, she has been acting very cold to Gray. She flinches away when he tries to get close to her. Chantelle also has a certain look in her eyes — one of hatred.

EastEnders Spoilers: Sharon Gives Away Kayden In Hopes Of Better Life- Is This The Right Decision Or Is She Blinded By Grief? #EE #Eastenders #BBCSoaps #AlbertSquare #TheQueenVictoria #SoapStories
https://t.co/vds3cGWt9x

Eastenders spoilers suggest the domestic violence storyline is going to end soon. But how will it be resolved? Some believe that Gray will finally be arrested for assault. However, there are fans who are convinced that Chantelle will end up using that knife on her husband. It wouldn’t be the first time an abuse victim used deadly force to protect themselves.

One other possibility is the missing knife is just a coincidence and Chantelle doesn’t try to kill her husband. Perhaps it was in the sink and hadn’t been washed yet. If so, then let’s hope she packs her bags and gets out before it’s too late.

What do you think is going to happen with Gary and Chantelle? Will she finally report him for family violence? If so, could we see him go to prison or will the abused wife end up being forced to defend herself? To find out, fans will just have to keep watching the British soap opera.