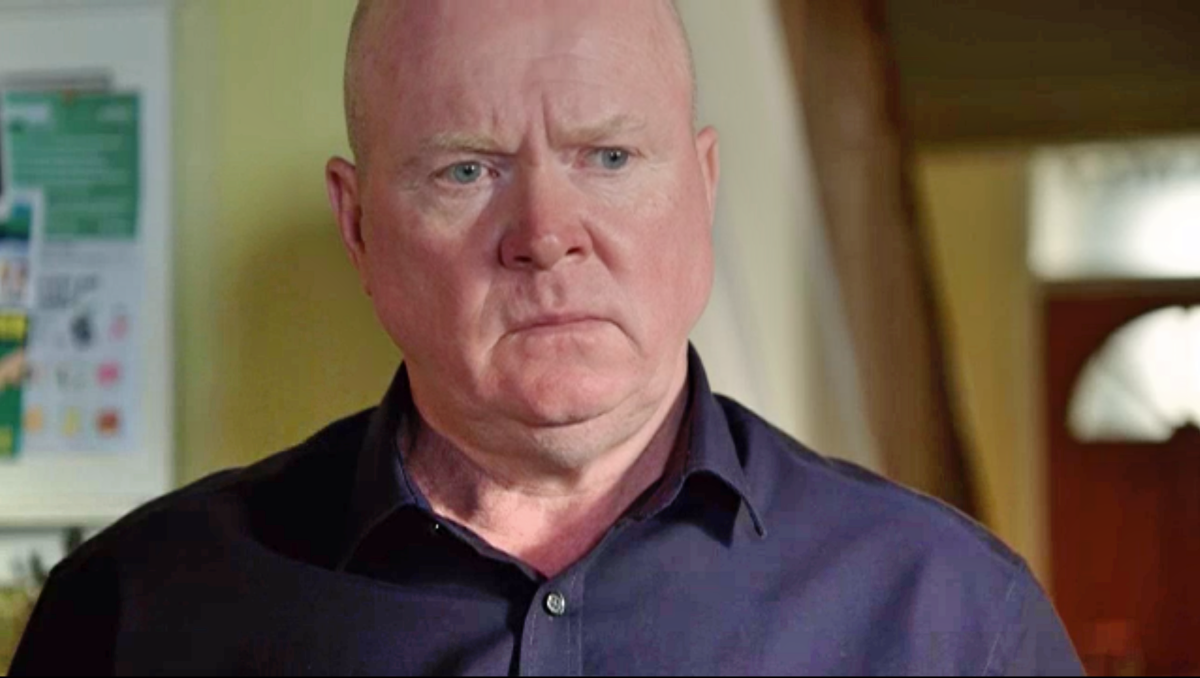 Eastenders spoilers reveal Phil Mitchell (Steve McFadden) returns on the day of Dennis Rickman’s (Bleu Landau) funeral. Probably not the best day to face Sharon Mitchell (Letitia Dean), who holds him responsible for her son’s death. When Phil keeps insisting on talking to her, even breaking down a door, the grieving mother grabs a knife and lunges at Phil. Keep reading to find out more about the storyline.

One Life Begins As Another Ends

Sharon gave birth to a baby boy, Kayden Taylor about the same exact time that Dennis died. It’s ironic that one life was lost when another was given, and both of them were connected to Sharon. While she should be celebrating the joy of her new baby, she is consumed by grief right now. It makes it difficult for her to see anything except Dennis’ death.

The funeral is going to be hard enough for Sharon. In fact, she declares that no Mitchell’s are allowed. However, Ben Mitchell (Max Bowden) shows up. But then she sees another Mitchell that leaves her stunned.

When Sharon comes face-to-face with Phil, she is stunned. Of any day for him to return, Dennis’ funeral is probably the worst day for Phil to show up. He insists that they need to talk, but she tries to run away from him. She goes into a bedroom and shuts the door, not letting him in. However, he keeps coming and even kicks the door down. This is when things get pretty intense between the former couple.

Eastenders spoilers reveal Sharon grabs a knife and lunges at Phil. Ian decides to call the police, but Phil flees before they get there.

As fans recall, Keanu Taylor (Danny Walters) came back to town alive. He held Callum “Halfway” Highway (Tony Clay) hostage and demanded money from Ben. When he couldn’t come up with the funds, he had no choice but to call his father. Imagine Phil’s surprise when he was told that Keanu wasn’t murdered after all.

That led to Keanu and Phil’s intense confrontation on the boat, which had a people partying. The 35th-anniversary special showed a brutal brawl, which led to the boat tragedy. As it filled with water, Ian locked Dennis in a room and he later died.

After the knife-lunging incident, Sharon goes to find Phil. We don’t know what happens after that, but let’s hope she didn’t bring the knife with her. The last thing Sharon needs is to be arrested. Of course, she might just approach him so she can get something off her chest. Maybe that will begin the healing process.

It appears that eventually, Sharon could forgive Phil for his role in Dennis’ death. But that’s not going to happen right away. She is still filled with grief and the agony is still raw for her. But perhaps in time, she will find a way to cope with her tragic loss.