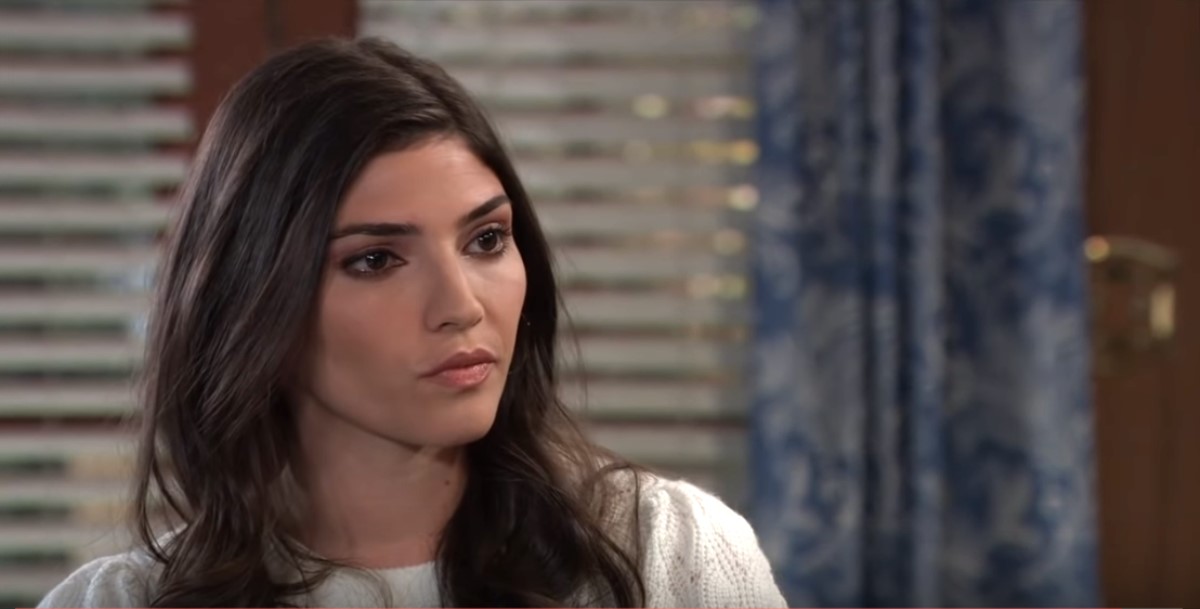 General Hospital (GH) spoilers revealed that Brook Lynn Quartermaine (Amanda Setton) recently went off of her rocker and proceeded to shoot a video with her cellphone for her “fans.” Unfortunately for her father, Ned Quartermaine (Wally Kurth), Brook Lynn’s head was in the clouds.

After getting chewed out by Ned for spending her morning and lunchbreak shopping and indulging herself at the Metro Court, Brook Lynn promised her dad that she’d handle his request to send off a confidential document. Ned ordered her to make sure the document was scanned, sealed and delivered. Moreover, it was supposed to be for Brook Lynn’s eyes only.

However, the Quartermaine diva quickly got bored and instead of doing what Ned asked, Brook Lynn decided to decorate her desk repeatedly. Then, to make matters worse, Brook Lynn took out her cellphone and shot a selfie video where she went around her office showing everyone what everything looked like. This included her desk and the confidential document she’d placed on its surface.

If that was all Brook Lynn had done, it would have been bad enough. However, some time later she still hadn’t sent off the confidential documents. When Ned questioned her about it, she panicked. Hurriedly shoving the papers into an envelope and licking it shut, she prepared to (finally) execute her father’s orders.

Apparently, not long after getting the documents sent on their way, Brook Lynn posted her cellphone video to Facebook. The sheer irresponsibility of this GH character has a wow factor of ten! Publicly posting that kind of information could ruin Ned’s credibility as ELQ’s CEO and give competitors valuable inside information. That’s especially true if Brook Lynn’s video goes viral. The damage Ned’s diva of a daughter may have caused the company could be irreparable (depending on what’s in those documents).

On the other hand, although it’s clear that Brook Lynn wasn’t doing any of this on purpose, there could be more than one unintended consequence. GH fans may see Brook Lynn’s video ending up on the cellphone screen of more than Lulu Spencer (Emme Rylan). Sasha Gilmore (Sofia Mattsson), for example, could see it and point it out to Michael Corinthos (Chad Duell). In fact, it could Brook Lynn’s actions that spark a battle between Ned and Michael over ELQ’s leadership!

Regardless of who sees Brook Lynn’s video (and it’s quite possible that a great many people will see it) her relationship with Ned is clearly in danger. While Brook Lynn will always be Ned’s daughter and he’ll always love her, it’s also possible at this point that he’ll be willing to cut her off. This may just be too much for Ned. He may completely flip out over Brook Lynn’s actions, fire her from ELQ, and tell her that she can’t depend on the family for money, position, or status any longer. She’ll have to find her own way in the world.

Many GH fans have seen something like this coming for a long time. At this point, Brook Lynn doesn’t have many allies. Thus, it’s a question as to whether Ned’s prima donna of a daughter will be able to handle the fallout of her actions.

Will she finally learn her lesson and straighten up her act? Or, could she go crawling to Nikolas Cassadine (Marcus Coloma) in an attempt to seduce him away from Ava Jerome (Maura West)? Hey, at least she’d have access to a bank account with some cash in it. Right?