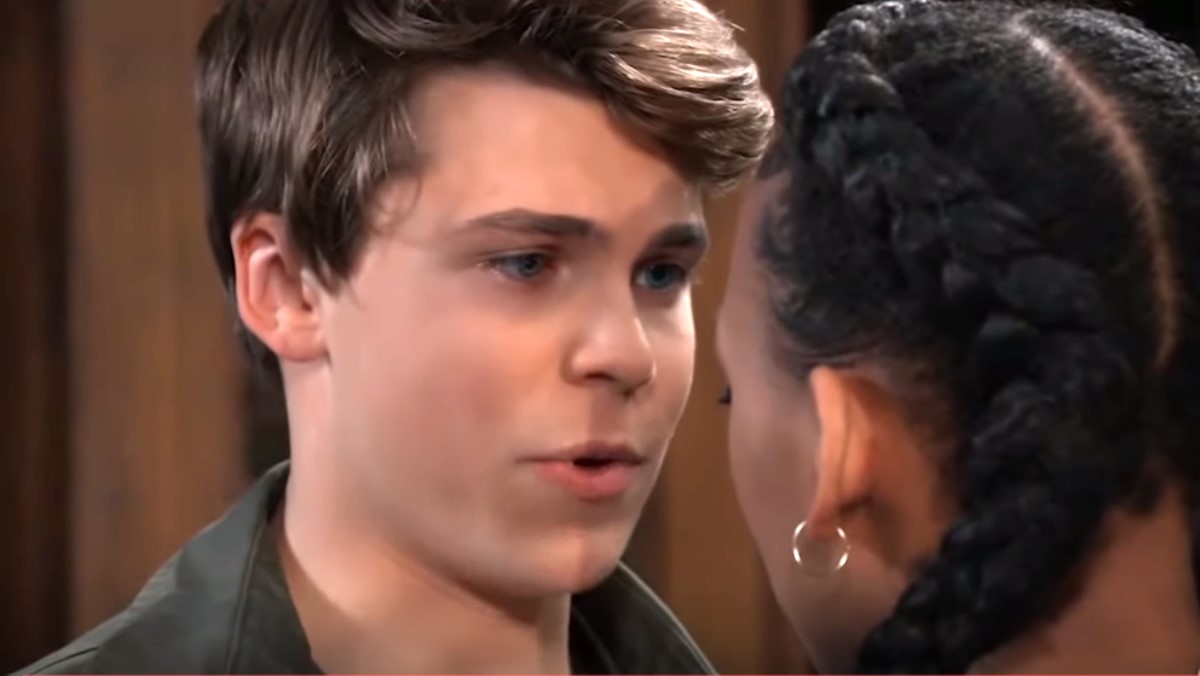 GH fans may recall that for a long time, Cameron has had an unrequited crush on Josslyn. In fact, Cameron’s liked Josslyn since before their mutual friend Oscar Nero (Garren Stitt) was dating her. Of course, Josslyn didn’t know that because Cameron swallowed his feelings and like a beta-male allowed himself to be pushed into the friend zone.

Then, when Oscar died of a brain tumor, Cameron still kept his feelings a secret because Josslyn was mourning Oscar’s death. The only person who truly knew how Cameron felt was Trina. Although Trina understood Cameron’s fear, at least she was upfront with him about what she felt he needed to do. In no uncertain terms, Trina laid out the facts. Cameron needed to make a move on Josslyn before she moved on to a new relationship. Enough time had passed, so what was Cameron waiting for?

Fate never seems to play along, however, and every time Cameron has been on the verge of spilling his guts, either events or people seem to get in the way. GH fans know that some occurrences are worse than others are, and the most recent certainly pushed Cameron’s feelings for Josslyn to the back of his mind. (In fact, probably to the far back.)

Viewers may agree that when Cameron and Trina were kidnapped by a criminal mastermind, Cyrus Renault’s (Jeff Kober) henchmen and were taken hostage, their predicament forced the two into close quarters. Not only had they agreed to go to a school formal as each other’s dates, but now Cameron and Trina were put in a position of shared trauma.

The truth is, people who share a horrible experience have a tendency to move together emotionally in an effort to cope. Many feel that those who didn’t share the experience cannot ever understand the intense emotional and mental suffering they went through.

Clearly, now that things are okay and Cameron and Trina have been rescued, their shared experience has slowly been drawing them together. Trina’s pain over her father’s passing (he was shot during the rescue of Trina and Cameron) and Cameron’s fear and sadness for Trina’s loss apparently have created a secret bond that other’s haven’t noticed yet.

In fact, it’s possible that Cameron hasn’t even noticed it yet. His emotions are clearly confused because, as GH fans know, he was on the verge of telling Josslyn yet again how he believes he feels about her. Yet when she was called away for a moment, Cameron found himself kissing Trina!

Clearly there are a lot of emotional issues Cameron needs to work out.

Whether he chooses to see Dr. Neil Byrne (Joe Flanigan) for therapy in an effort to resolve his emotional turmoil remains to be seen. Trina too may find herself suddenly confused. With all of her loss and pain and hormones rushing through her, it’s entirely possible that she might mistake Cameron’s kiss for real love.

Finally, in the midst of all of this, Josslyn herself could end up jealous of Cameron’s attention. Though she isn’t currently dating anyone, Cameron’s been there for her when she’d needed him. GH fans might see her become angry and withdrawn.

One thing is certain, there are three teens with emotions running wild, all of whom have experienced some pretty awful things recently. Sympathetic GH viewers may hope at this point that a seasoned adult might step in to help them navigate their personal storms before Cameron, Trina, or Josslyn get hurt.

Stay tuned to GH and keep checking General Hospital spoilers frequently for all the latest news, updates, and developments!