The Bold and the Beautiful Spoilers: Quinn Pleased – Shauna’s Video Might Destroy Brooke And Ridge Forever 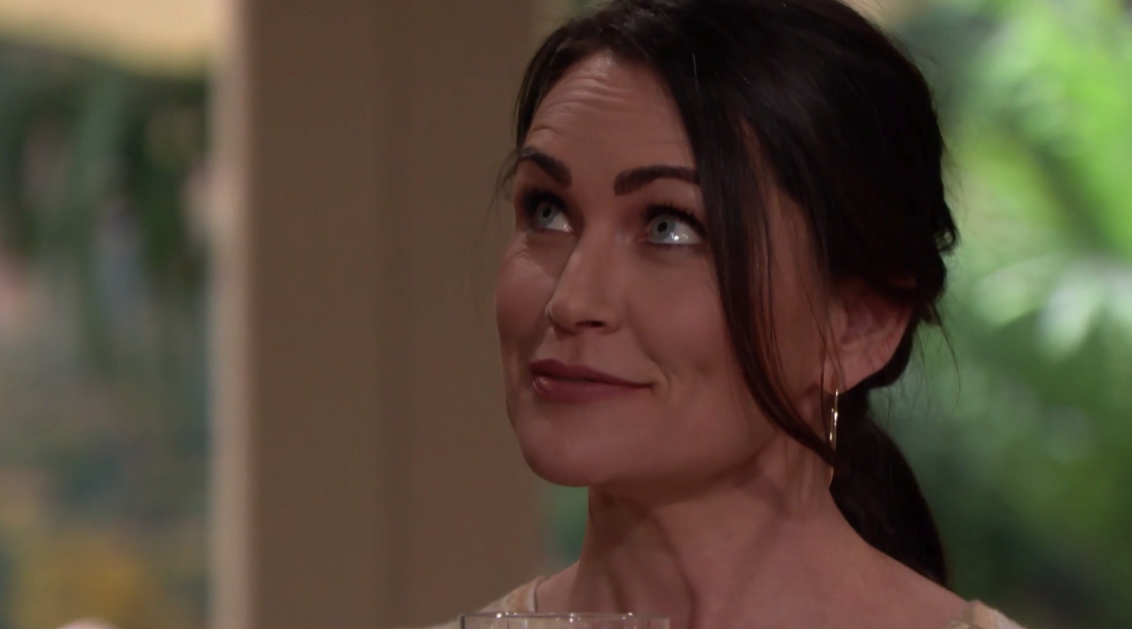 Shauna Fulton (Denise Richards) was standing outside of the cabin on ‘The Bold and the Beautiful’. Viewers didn’t initially know who was watching Brooke Logan (Katherine Kelly Lang) and Bill Spencer (Don Diamont) kiss. Now they do, but that’s not the problem. Instead, Quinn Forrester’s (Rena Sofer) awareness of this dirt is.

Richards’ engaging character didn’t just watch Brooke and Bill embrace and share a passionate kiss, she digitally recorded it. Yes, privacy didn’t exist for the former ‘Brill’, which they weren’t aware of while their latent feelings overcame them.

Quinn’s awareness of this explosive intel is dangerous and will surely be used in some strategic way.

Bold And The Beautiful Spoilers – What Was Brooke Logan Thinking?

Well, at the time she and Ridge hadn’t reconciled, but they were still close. One telling point about the ‘Bridge’ breakup is that Brooke and Ridge Forrester (Thorsten Kaye) remained in regular contact. Another is that they continued repeating to each other that love wasn’t an issue, as their split was created and then exacerbated by Thomas Forrester’s (Matthew Atkinson) ongoing actions.

Being romantically distanced from Ridge was something that affected Brooke. But Lang’s character hadn’t flirting with another person during the separation period. Of course the same can’t be said about Ridge, as he admitted to his wife in the recent past.

The Bold and the Beautiful Spoilers: Sally and Dr. Escobar Get In Explosive Fight – Sally Skipping Tests And Ignoring Health Warnings https://t.co/Uy8zc3RiDK pic.twitter.com/ZZoQuMsV9G

It would be an overreaction to believe that Ridge will want to divorce his wife whenever he learns that she kissed Bill one time. Kaye’s character became involved with Shauna months ago, which led to multiple kissing sessions with her.

Brooke was rightly suspicious of Shauna’s behavior, as she sensed Ridge was being targeted. Admission of the ‘Shidge’ flirtation didn’t include information about any consummation of a relationship because it never happened.

Sure, Ridge will be upset that Brooke kissed Bill. Diamont’s character has been his mortal enemy for years. But after he’s had time to cool off, Ridge should recognize that his actions were worse than Brooke’s impulse kiss in the cabin. Although Shauna’s video will create a reaction scenario that will be different than when Brooke learned about Ridge’s modest indiscretions.

In light of recent, sharply negative developments Quinn is now armed to upend Brooke’s life at whatever inopportune time is seen as best. How Brooke responds is sure to be compelling.