‘The Bold and the Beautiful’ Spoilers: Wyatt’s Situation Is Tenuous – Wally Back For Good? 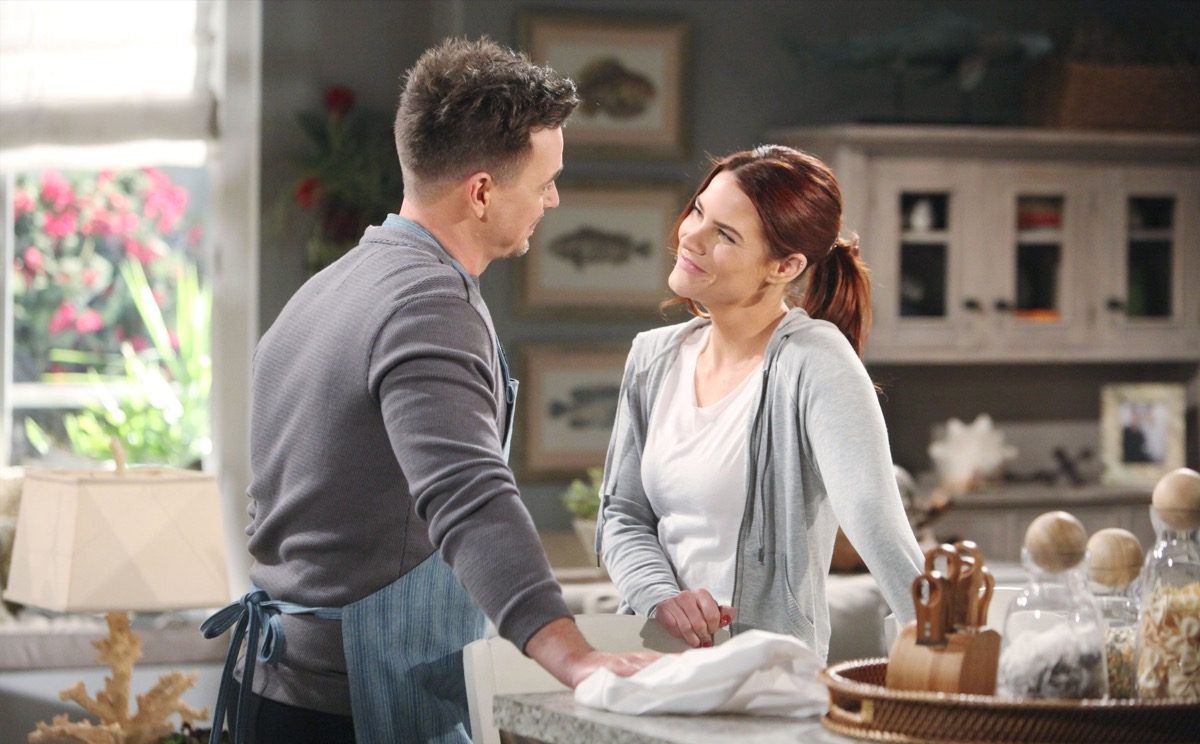 The Bold and the Beautiful spoilers tease that Wyatt Spencer (Darin Brooks) made an incredibly selfless move. Learning that Sally Spectra (Courtney Hope) was dying, Wyatt decided to leave the woman he loves most, Flo Fulton (Katrina Bowden), and return to Sally.

As Wyatt, Flo, Katie Logan (Heather Tom), Bill Spencer (Don Diamont), and the fans know, the Wally reunion is faux. This revival is purely intended as a short-term solution to a seemingly impossible problem.

Sally’s imminent death can at least include a sense of caring during what are believed to be her final days. But the risk is that she’ll discover, or be told what Wyatt is really doing either during the time of her demise, or after a joyful health surprise is realized.

The Bold and the Beautiful Spoilers: Steffy Ready To Move On With New Man As Liam and Hope Reunite

Bold And The Beautiful Spoilers – Dr. Escobar Has Vital News

Sally wasn’t even considering that Dr. Escobar could have been calling with good news. Ever since she received her imminent death diagnosis, Hope’s character became a doomsday fatalist. It’s hard to blame her, consider the apparent dire circumstances she’s facing.

Her strategy is to avoid the world, cling to Wyatt, do whatever’s possible at Forrester Creations, and wait to die. But what if death proves not to be imminent?

Bold And The Beautiful Spoilers – Wyatt Spencer Is A Good Guy

The mere manner in which Wyatt has contorted himself, when answering Sally’s questions about the supposed break of Wo, is something in and of itself. Wyatt doesn’t want to lie to Sally, so he’s told her that he and Flo were having problems. But he’s also said that Hope’s alter ego is loved and that he wants to spend every moment of life with her.

While he’s expressing what are a portion of his feelings, Wyatt is also pretending to not know about Sally’s terminal diagnosis. It’s a tightrope walk that’s likely to be unsustainable.

How could Wally leave Sally if she learns that her diagnosis has dramatically changed?

Consider the lesser implication of some form of remission. Sally would still be in danger, but wouldn’t be expected to die at any near-term point.

However, if Sally’s predicament is permanently altered, meaning that she’s going to live indefinitely, then Wyatt will face a major predicament. He’ll have to tell Sally why he actually reconciled with her and risk alienation.