Days of Our Lives Spoilers: Abigail Desperate To Break Stefano’s Hold On Chad 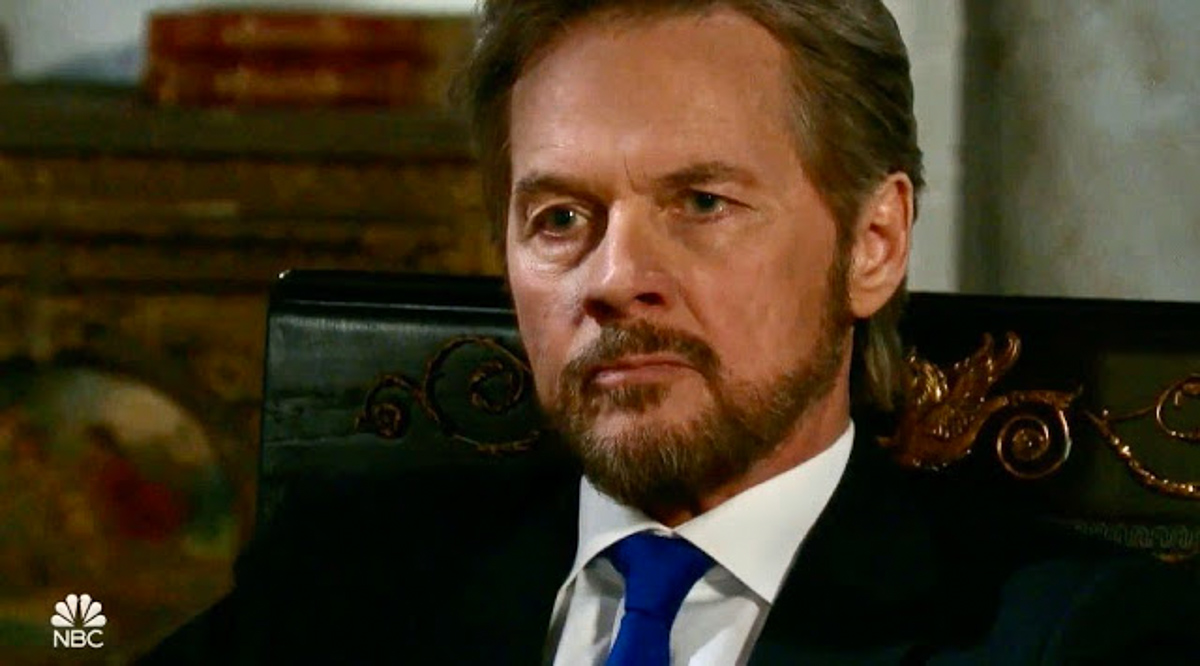 Days of Our Lives (DOOL) spoilers tease that Chad DiMera (Billy Flynn) is currently under “Stefano DiMera’s” (Stephen Nichols) spell. Stephano put something in Chad’s drink and ever since then, he seems to be under his father’s control. So far, he’s almost killed both Gabi Hernandez (Camilla Banus) and Kate Roberts (Lauren Koslow). It’s been able to get this far because Chad’s wife Abigail DiMera (Kate Mansi) is out the country with their kids .

Days of Our Lives Spoilers: Abigail will soon return

But Abigail won’t be gone for much longer. And once she returns, it won’t take long for her to realize that Chad isn’t acting like himself. While she may not know exactly what’s going on, but Abigail’s reporter nose will pick up on the clues. “Srefano” has no use for Abigail and almost shot her the last time they were in any kind of proximity. If he orders Chad to kill Abigail, she might have to try to talk him down. And if anyone has the ability to get through to Chad, it would be his wife. Their love is stronger than ever, and not even “Stefano” and his brainwashing should be able to erase that.

Desperate to save them both, Abigail will use the one weapon at her disposal, the love that she and Chad share. She will most likely try to keep reminding of their great love. But will words be enough to break through to Chad? And could he have already harmed Kate or Gabi before that happens? Chad was interrupted before he could do serious harm to either Gabi or Kate up until now. But their luck can’t run forever.

Days of Our Lives Spoilers: Perhaps Chad won’t be able to kill

It’s possible Chad’s own moral compass will actually keep him from committing murder. Rumors persist that Gabi and Kate could find themselves in the DiMera secret room. This would be like the third time that Kate has been locked down there though, she should be used to it by now. But being locked up is better than the alternative, which is death.

Will Abigail break through to Chad with stories of their great love? Will Kate and Gabi survive long enough for Abigail to save them as well herself and Chad? Will “Stefano” once again be thwarted? Only time will tell, so stay tuned to Days of Our Lives airing weekdays on NBC. And don’t forget to check back here regularly for all your Days of Our Lives news, information and spoilers!