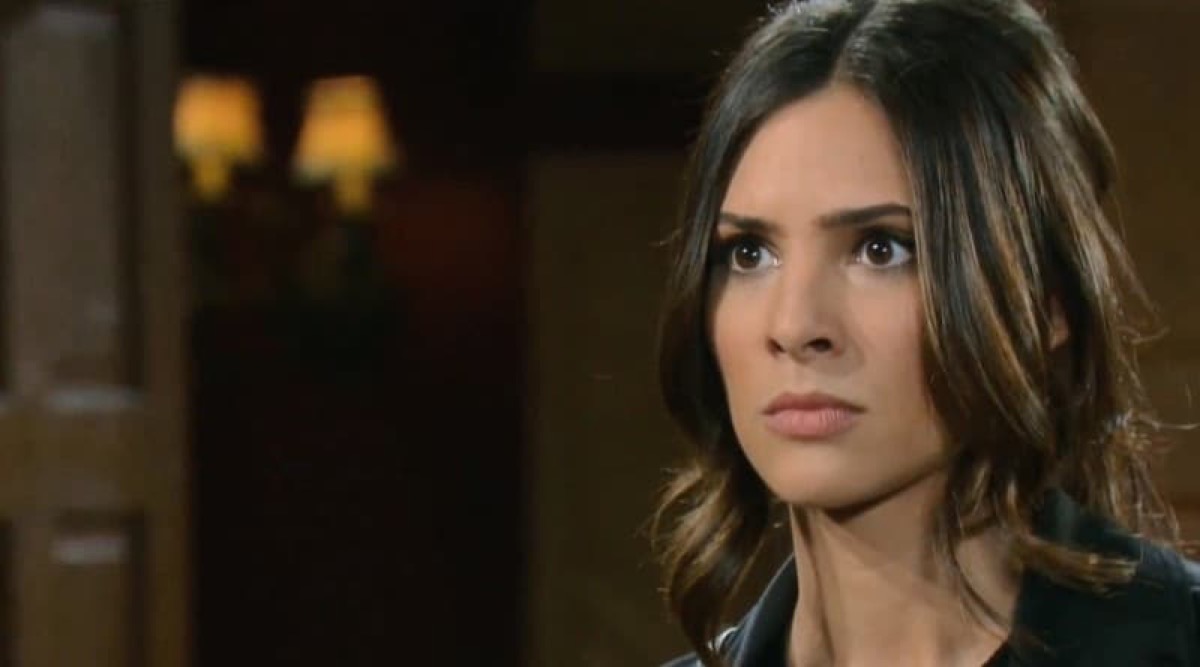 Days of Our Lives spoilers reveal Gabi Hernandez (Camila Banus) is done with revenge. It backfired, costing her everyone and everything. Her next story is about Stefan DiMera (Brandon Barash). She sees his reflection in a window, but he’s gone when she turns around. She’s convinced that her dead husband is alive. Is it possible or is there another explanation?

DOOL spoilers reveal that Gabi never got over Stefan’s death. She had finally found her soulmate. Then, she lost him right after they finally admitted their feelings for one another. It was a cruel twist of fate and even though she was engaged to Eli Grant (Lamon Archey), she still mourned Stefan.

That was clear on her wedding day, when she wept over Stefan’s picture. At that time, she explained that every action she took was for him. It seemed like her marrying Eli had less to do with love. It wasn’t even loneliness. It had some part in avenging his death. However, her exploding pacemaker scheme finally was exposed. As a result, we never saw what else was part of her revenge plot.

It is indicated that after her revenge plan crumbled, Gabi didn’t know what to do. She tried to get justice for Stefan’s death, even though it truly was an accident. After losing everything and everyone, she feels lost. Even her own brother, Rafe Hernandez (Galen Gering) is disgusted by her actions. She feels more alone than ever.

Days of Our Lives spoilers reveal that Gabi will see a familiar face in the reflection of a storefront window. The man looks like her dead husband, Stefan. In the latest issue of Soap Opera Digest, the spring preview teases that Gabi turns around, but there is nobody there.

Around the same time, she has dreams about Stefan. The Latina fashionista also senses his presence and she just can’t shake the feeling he’s nearby. All of these things, when added together, make Gabi convinced that Stefan is alive. It puts her on the path of a new journey, but how will it end?

It will be interesting how this story develops. We do know that Brandon Barash is returning, but who will he portray? Is he really reprising the role of Stefan DiMera or someone else? How is his appearance going to be explained?

As fans recall, Stefan was brain-dead, so Dr. Wilhem Rolf (William Utay) couldn’t use the resurrection injection on him. Also, his heart was given to Julie Wiliams (Susan Seaforth Hayes). So, that makes him being alive impossible.

Is he a twin, lookalike or is it a mask? Was the character cloned or is it plastic surgery, which is what makes Hattie Adams (Deidre Hall) look exactly like Dr. Marlena Evans? Perhaps Gabi has finally lost her mind? With head writer Ron Carlivati, anything can happen.