Days of Our Lives Spoilers: Nicole Struggles Over Baby Swap – The Truth Hurts Eric Once Again 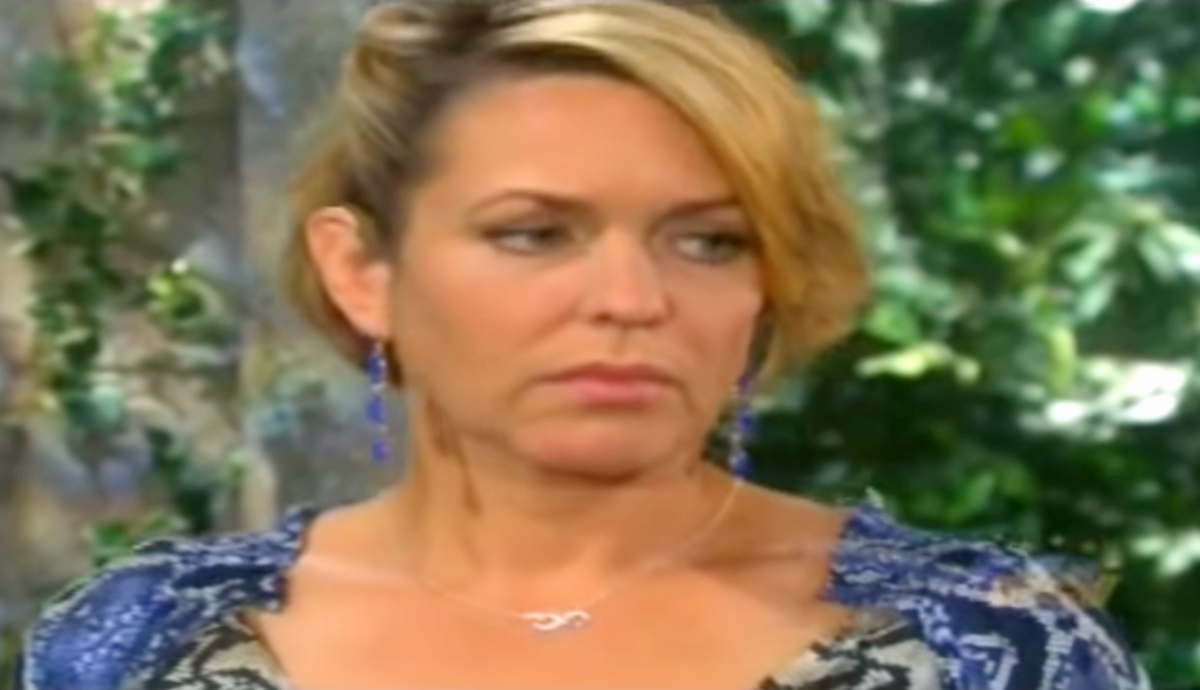 Days of Our Lives spoilers reveal Nicole Walker (Arianne Zucker) is positive that Sarah Horton (Linsey Godfrey) is raising Kristen DiMera’s (Stacy Haiduk) daughter. She knows that it will cause pain for several people. What she is most concerned about is Eric Brady (Greg Vaughan) getting hurt once again. Before causing more pain and risking her relationship, Nicole needs to be certain that her theory is right.

DOOL spoilers indicate Eric will once again get hurt by Nicole. She doesn’t do it intentionally. She has a history of keeping secrets and telling lies, but her intentions are always good. She tries to prevent Eric from pain, but it always backfires.

She kept the truth about Sarah Horton’s (Linsey Godfrey) baby from Eric for an entire year. When the child’s true paternity came out, Eric had a hard time forgiving her. Plus, Mackenzie “Mickey” Horton (the May twins) nearly died from cancer. He barely got a chance to spend any time with her, making the secret that much worse.

Nicole is starting to connect the dots and suspects that Mickey was switched with Rachel Isabella DiMera Black. If Nicole tells Eric that the baby girl isn’t his after all, then he will be losing two children. Losing the daughter he thought was his, and then he would have to deal with grieving the death of his real baby.

It would just create more pain for him. The truth is going to hurt, which is why she has to be absolutely sure her theory is right.

Days of Our Lives spoilers reveal Nicole tries to do a DNA test on Mickey. However, Eric interrupted her and she had to make up an excuse about cleaning the baby’s ears. Then, she bumped into Xander Cook Kiriakis (Paul Telfer).

Days of Our Lives Spoilers: Sarah’s Emotional Breakdown – Will She Crumble In Despair Or Do The Unthinkable? https://t.co/Iduici4f7s pic.twitter.com/u5iVIMohCQ

It is teased that Nicole will somehow convince him that she no longer thinks the babies were switched. In reality, she needs proof that Mickey is actually Kristen and Brady Black’s (Eric Martsolf) daughter.

Days of Our Lives Spoilers: Nicole Walker Risks It All

Before going to Eric with the devastating truth, Nicole needs to be absolutely sure that she’s right. The last thing she wants is to be wrong and then all that pain was for nothing. However, will Eric blame her when he is told that his daughter is the one who died on Mother’s Day? Or will he learn on her for support as he grieves the loss of two children: one by death and the other by a DNA test?