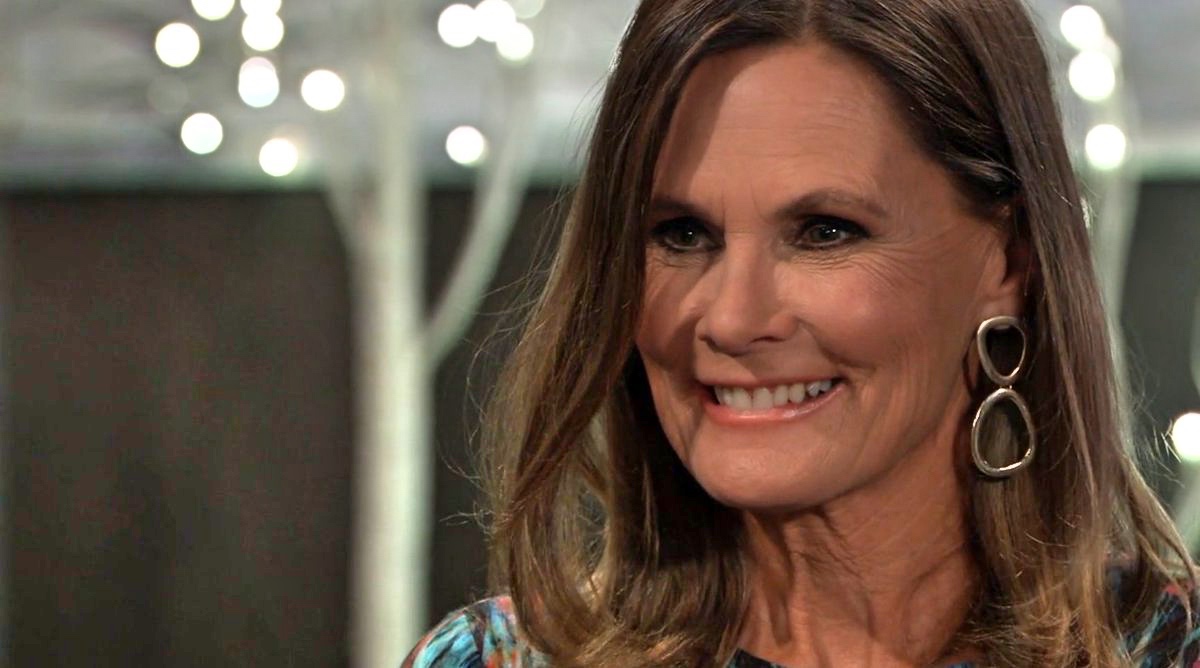 General Hospital viewers will recall from Wednesday’s episode that when Sasha was in a discussion with Willow Tait, (Katelyn MacMullen), Detective Harrison Chase, (Josh Swickard) and Michael Corinthos (Chad Duell) about Willow and Michael getting married to make Michael’s chances of gaining sole custody of Wiley Corinthos (Erik and Theodore Olson) she had to excuse herself to take a call from Lucy, leaving the others to talk.

In an earlier episode, viewers will also recall that Sasha had come to talk to Nina Reeves (Cynthia Watros) and Nina wasn’t ready to talk – she had forgotten about an appointment the two of them were supposed to have to talk about Sasha’s collaboration with Crimson Magazine for Deception Cosmetics – Nina had, however, told her that there was going to be something big and exciting coming up and that they would talk again later.

In the February 14th episode Michael and Sasha were talking about Deception’s European expansion and Michael wondered if Lucy was okay with that. All this seems to point to the same thing – a collaboration of Deception and Crimson Magazine focusing on Sasha being required to tour overseas but it could also require her to be in on the ground floor of the European expansion, not only touring but possibly even moving overseas to initiate or even head up the European division!

This would put the kibosh on her staying around Port Charles and possibly even her relationship with Michael! Sasha, after all, is not just a model and “The Face of Deception”; she is a part owner in the company which is what she demanded when she took Lucy’s deal and this may be what will be required for the European launch!

That says a lot, and perhaps Sasha is still a painful reminder to her, but she still wants Sasha to succeed in spite of the painful parts of their recent past together thinking they were mother and daughter. Nina had really poured her heart and soul into their mother-daughter like relationship when it existed. That takes longer than a few months to heal, and perhaps Nina and Lucy have been discussing business – after all, Nina had been gone on a business trip and just returned. Perhaps the business trip was about the collaboration of Crimson Magazine and Deception Cosmetics’ European expansion and she and Lucy had been working together on it.

Now, Lucy wants to talk to Sasha about what she and Nina had collaborated on and it involves not only Sasha being on the cover of Crimson, but Sasha heading up Deception Cosmetics’ European division, having been nudged along by Nina who would be better able to heal emotionally if she wasn’t seeing Sasha around every corner. Sasha may have quite a difficult decision to make!