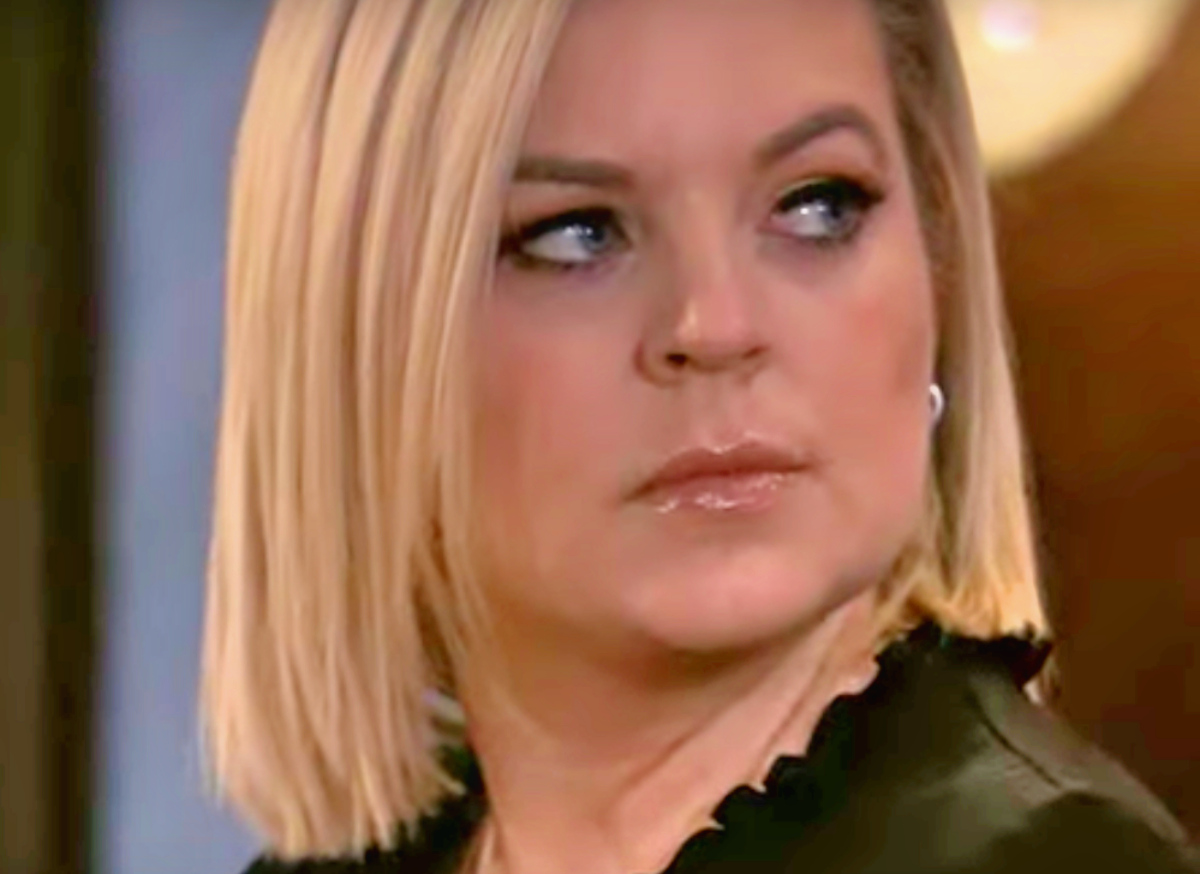 General Hospital spoilers show that a major explosion of epic proportions could be about to rain down on Port Charles now that one ambitious go-getter has been denied a bigger employment package.

Maxie Jones (Kirsten Storms) was full of vim and vigor when she made her decision to confront Nina Reeves (Cynthia Watford) about being overworked and underappreciated.

What could go wrong? Maxie intended a brief talk, an airing of grievances and then the air would be cleared.

Over salads, Maxie filled in Lulu Spencer (Emme Rylan) about her discontent and anger over being asked to basically do Nina’s job without the benefits or perks. She had been covering so much at one point that she slept on a cot in the office. She also did administrative things outside of her job title and wanted more money.

Lulu urged her tell this to Nina, but Maxie was reluctant because beyond their work connection they also share family ties.

General Hospital Spoilers – Nina Was On Board With Helping Maxie Ascend

Luckily Nina understood her employee’s rant and dilemma about doing multiple jobs and only getting paid for one. And why wouldn’t she be agreeable —if Maxie leaves, who’s going to do all the work?

Nina puffed up Maxie’s ego and told her how great she is and how much she appreciates her. Then she went for the mother lode and agreed to raise her salary and gift her with a new title to boot. Maxie was thrilled and floated on cloud nine to give Lulu the good news.

General Hospital Spoilers: Will Franco And Liz Move In To Wyndemere?https://t.co/TFax9qunsT

General Hospital Spoilers – What Will Maxie Do When She Finds Out There Is No Ascension, Only Status Quo?

What Maxie didn’t nor couldn’t know while she was crowing about her victory, was that Nina and Jasper Jax (Ingo Rademacher) were discussing Maxie’s position. Nina proposed a raise and a new title, both of which Jax nipped in the bud. Nina was surprised but unable to budge Jax from his hard line. Maxie’s wishes simply aren’t doable right now.

Now comes the fun part—telling Maxie! Poor Nina will be in for some drama queen theatrics when Maxie learns she hasn’t moved one iota from her current position that she dislikes.

How will she ultimately respond once she simmers down? The simmering down part could take some time! Maxie is liable to do anything when she hears the bad news—quit, accuse Nina of lying, yell, throw things.

But what she does next will surprise you!