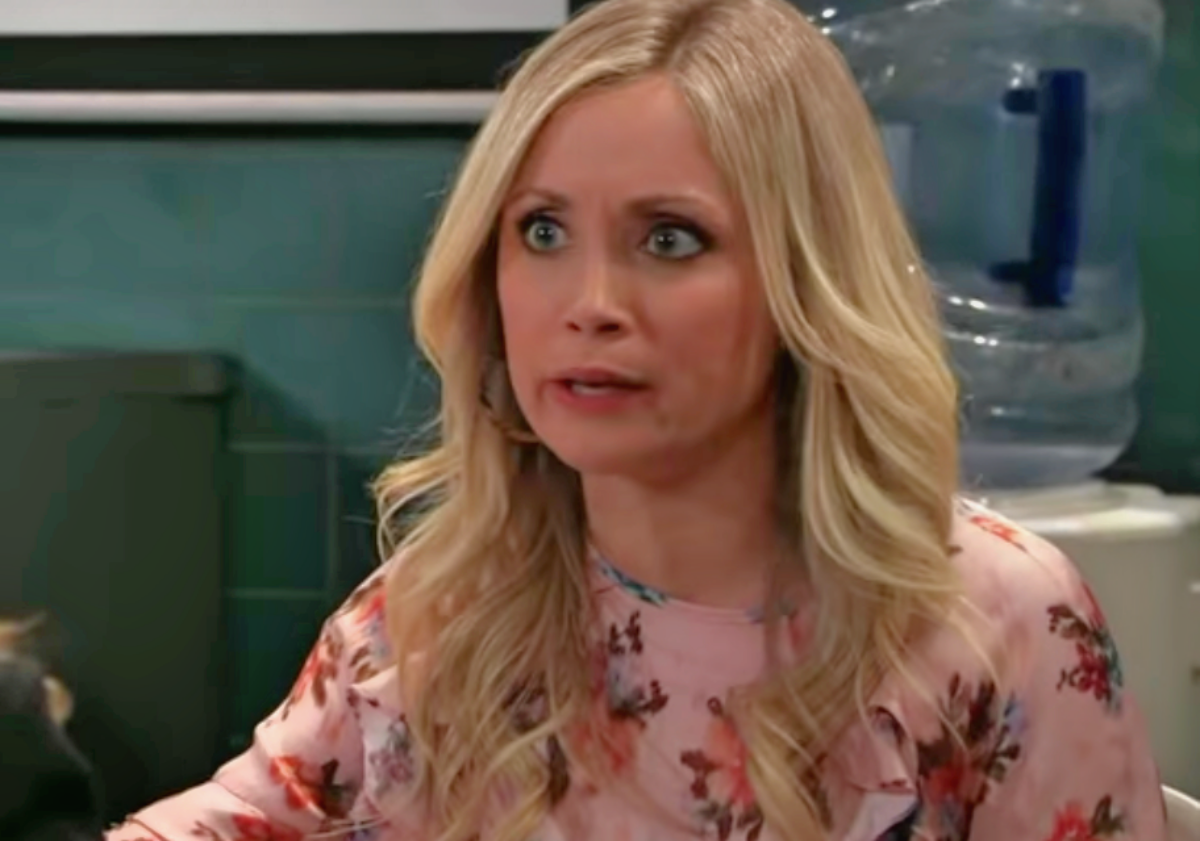 General Hospital (GH) spoilers suggest that the merger Ned Quartermaine (Wally Kurth) was trying to set up between ELQ and Marten MedTech just might be blown to hell thanks to Brook Lynn Quartermaine’s (Amanda Setton) stupidity.

GH fans who have been keeping up with the show may recall that Brook Lynn recently went out shopping. She then decided a stop at the Metro Court was in order, and she wasted an inordinate amount of time hanging out, insulting Lulu Spencer (Emme Rylan), and sipping ice tea. All the while, she was supposed to be working for Ned up in the ELQ offices.

Of course, Ned got inundated with calls, couldn’t keep up, and freaked out. Calling his wayward daughter, he screamed at Brook Lynn to get her rear in gear and get back to work. Ned probably should have just fired Brook Lynn immediately instead of giving her literally her fifty-millionth chance. However, what can Ned do? Brook Lynn is his baby girl. (Excuse an eye roll.) Anyway, feeling sorry for herself, Brook Lynn headed back to her desk.

In any event, as the prima donna that Brook Lynn is, even when Ned gave her the opportunity to shape up, she blew it. GH viewers know that Ned saddled Brook Lynn with some real responsibility in the form of sending incredibly important, confidential documents over to Marten MedTech. However, what did Brook Lynn do? She danced around her desk while taking selfie videos for her many (or not so many) “fans.” Then Brook Lynn posted everything to her social media account on Facebook. As Lulu later gloated while reading a quote online, “Brook Lynn has to be the most incompetent secretary in the history of secretaries!”

While this, in and of itself, is definitely incompetent it also isn’t something that would automatically spell doom for ELQ’s merger. As Lulu mentioned to Maxie Jones (Kirsten Storms), when Lulu discovered Brook Lynn’s post, Facebook stats showed that no one had even seen her story.

Now, outside of the fact that Michael Corinthos (Chad Duell) kind of just brushed off Brook Lynn’s major mistake and actually implied that losing millions was no big deal, some GH fans might argue that if ELQ loses millions it’s clearly bad for the family business. Many viewers will be quick to lay the blame for any fallout on Brook Lynn. Yet if everyone is honest, there’s plenty of blame to go around. Some might argue that if the merger gets completely shattered, Brook Lynn and Lulu are both culpable.

As GH fans will recall, Lulu discovered Brook Lynn’s Facebook post. Lulu could have chosen to just let sleeping dogs lie. She could have listened to Maxie who reminded her that if she chose to publish the confidential information in Brook Lynn’s post she would be hurting people they both loved. But no, Lulu headed right over to Peter August (Wes Ramsey) and asked for permission to go with the story. (Of course Peter signed off on it.)

The truth is, while Brook Lynn is definitely responsible for being irresponsible, her actions were not malicious. Brook Lynn was just stupid. On the other hand, Lulu’s actions were deliberately spiteful. Who knows, maybe Lulu thought a scoop like revealing the financial details of the merger between ELQ and Marten MedTech might boost her career.

However, it’s pretty plain to see that one of the biggest reasons Lulu broke the story was because she wanted to stick it to Brook Lynn. Now, as events move forward, it will be interesting to see how Ned gets ELQ out of the mess Brook Lynn instigated and Lulu perpetuated.