‘The Bold and the Beautiful’ Spoilers: Sally’s Admission Changes The Game – Flo Waits For Wyatt 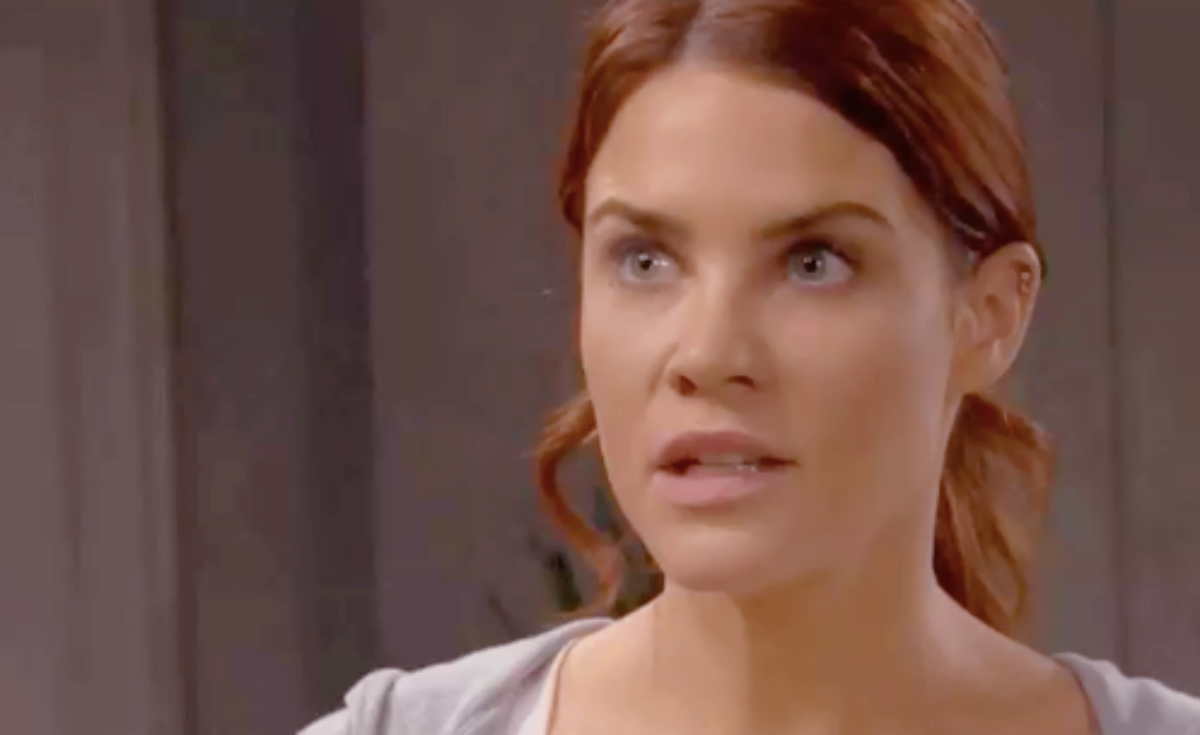 Sally Spectra (Courtney Hope) was forced to admit that she’s sick on ‘The Bold and the Beautiful’. Then, while Dr. Escobar (Monica Ruiz) stood watching, Sally told Wyatt Spencer (Darin Brooks) that she was dying.

Spencer’s character had to feign stunned surprise because he was already told the truth by Katie Logan (Heather Tom). Sally’s reveal meant that Wyatt no longer has to play that part of his game.

However, the other half of Wyatt’s withhold is that he and Flo Fulton (Katrina Bowden) aren’t telling the truth about having broken up.

‘The Bold and the Beautiful’ Spoilers: Wyatt’s Situation Is Tenuous – Wally Back For Good?

Bold And The Beautiful Spoilers – Miracle Is Possible In Daytime

The timing of the dialogue Hope delivered, inside this rapidly developing storyline, might wink at an opening. Sally didn’t lead with death, but instead her sickness. That offers hope (wink)
that her life might be saved.

A miracle is always possible, as daytime drama is known for unexpected survivals. B&B fans remain optimistic, as the character Hope plays is particularly unique and she’s part of the original Sally Spectra’s (Darlene Conley) family, with Sally II being her great niece.

No known intel about Hope’s contract status exists, other than the fact that she’s still employed. Here’s hoping that’s not going to change.

All looked lost for Flo last year. She was revealed to have been involved in the Beth Spencer (Madeline Valdez and River Davidson) arc and temporarily went to prison. Her release was a bit of a stretch, but allowed Flo’s own comeback story to happen.

Reuniting with Wyatt wasn’t seen as likely, but the one-time ‘Wo’ couldn’t stay apart from each other. Flo made her feelings clear to Wyatt, he in turn had a face-to-face with Sally where he ended ‘Wally’ for the second time in less than a year. That happened just prior to Sally receiving her dire diagnosis from Dr. Escobar.

The same wrinkle still exists even though Sally has told Wyatt the truth. Viewers see that ‘Wo’ continues meeting. The likelihood that Sally will catch them doing so puts Wyatt’s ruse in ongoing jeopardy.

The Bold and the Beautiful Spoilers: Bill and Brooke’s Second Kiss – Donna Watches As Katie Is Betrayed Again https://t.co/iVEmVSX64a pic.twitter.com/I5LJYDU9u6

Dr. Escobar told Sally that she had a month to live. That was about a month ago in real time. But soap fans have long given slack to time-related issues, as this escapist genre doesn’t operate on real world principles.

However, B&B is leading to an actual endpoint, extension, or breakthrough where Sally will either perish, as projected, receive a reprieve, due to a remission, have an extended period of suffering, or survive.

Other than Sally’s death actually happening in short order, Wyatt will need to come clean. That will prove devastating to Hope’s embattled alter ego, unless ‘Wally’ also unexpectedly survives.