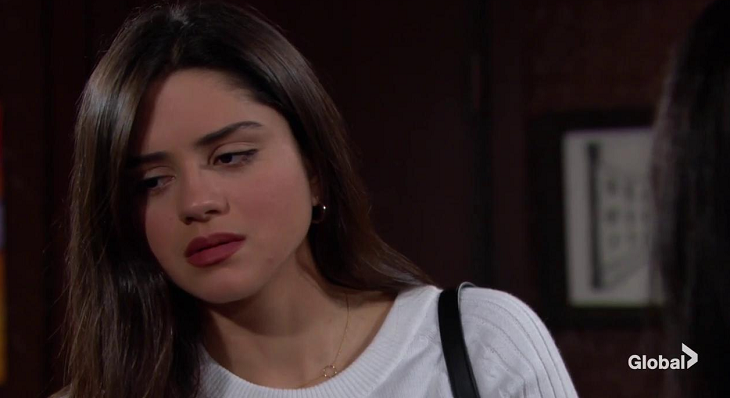 The Young and the Restless spoilers reveal that a big scam may be in the making, with an innocent party about to get burned. Then again, if the perp is planning an epic revenge move, he may be the one who gets burned in the end.

Theo Vanderway (Tyler Johnson) has been a wild card since his raucous arrival in Genoa City. We still don’t know what’s truly in his heart since he has a way of playing coy and protecting his inner self.

Is he playing Lola Rosales (Sasha Calle) for his own petty agenda, or does he truly care about her?

Theo is such a charming bad boy, pretty easy on the eyes, that it’s easy to give him the benefit of the doubt. Well, for some people anyway. Jack Abbott (Peter Bergman) seems to have his number.

Jack has called Theo out on wanting to get back at Kyle Abbott (Michael Mealor) saying he resents the easy life he’s had.

Theo denied it, but Jack dared him to be the best he could be, not wallow in pity. He also warned him that his instincts could be dangerous.

The Young and the Restless spoilers – Should Lola trust the man who resents her ex?

Theo went straight to Lola and wooed her with big plans to show her a good time. Did he show his hand by doing so?

It’s pretty obvious that a great way to get back at Kyle is by taking his ex—guys are so territorial!

Should Lola be right to be cautious around Theo, so soon after her break up with Kyle?

The Young and the Restless spoilers – Are Lola and Theo going to make it or bust up before anything begins?

When pressed, Theo admitted to his talk with Jack. He claimed that Lola made him feel fresh and new, and alive to boot, and this is why he wants to be with her. Being with Lola makes him want to be a better person according to Theo. All of that is sweet, but when he walked away, Theo had a smile on his face that looked an awful lot like a gotcha smirk!

He has Lola where he wants her, eating out of the palm of his hand, now what does he intend to do with her?

If he wants to use her to get back at Kyle, he could easily do so. Is he running a con or is he really trying to be a better man?