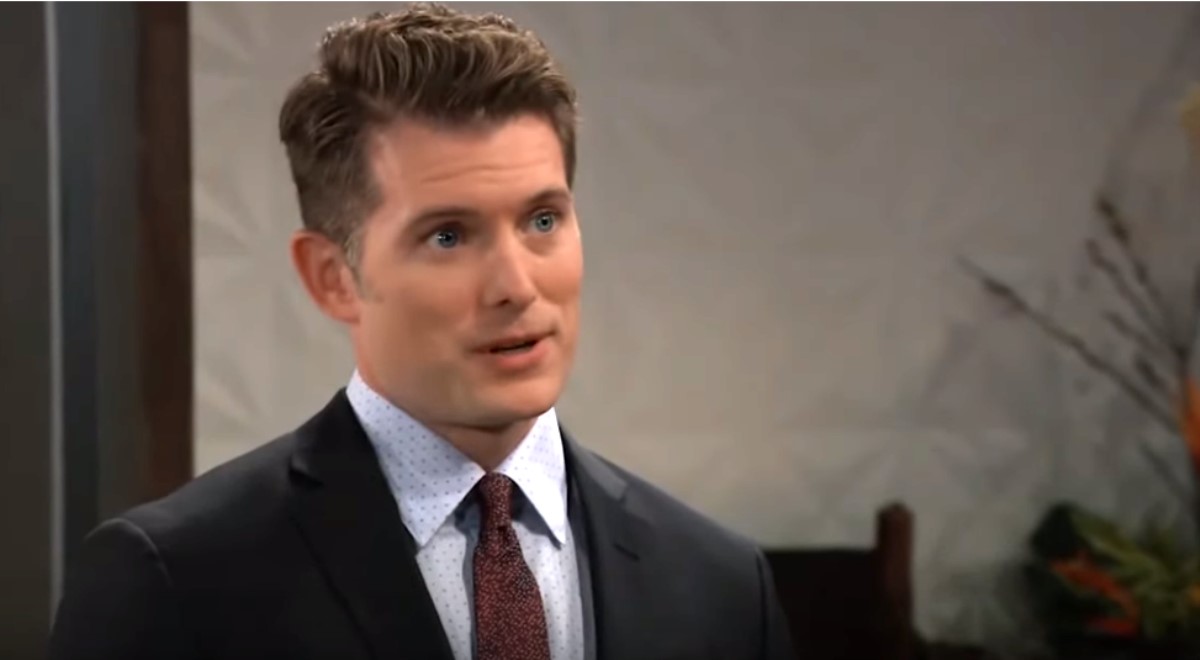 General Hospital (GH) spoilers tease that trouble is brewing for Dustin Phillips (Mark Lawson). With all the danger surrounding the Corinthos family, Carly Corinthos (Laura Wright) has taken Josslyn Jacks (Eden McCoy) and Dev Cerci (Ashton Arbab) out of school and set them up with online courses and a tutor.

Josslyn has been through so much since her boyfriend, Oscar Nero Quartermaine (Garren Stitt) died almost a year ago. She spent most of last year grieving his death. Slowly, with the help of her friends and family, she has started to get back to living, although especially at first, she felt extremely guilty for doing so. It was then that Dustin took her aside and suggested she start keeping a journal.

Dustin never intended her journaling to replace actually living life, but it seems that’s exactly what Josslyn has done. Her friends, notably Trina Robinson (Sydney Mikayla) have called her out on it, but she still seems to be using the journal as almost a crutch. Even in the midst of all this, Dustin saved Josslyn during Cyrus Renault’s attack on Sonny Corinthos and his family. She seems to have started to get a crush on Dustin, which of course is completely inappropriate.

It seems that Josslyn’s crush will grow with them spending so much time together. He will likely be the one to get through to Josslyn about journaling about life instead of living it. And this is likely where a big misunderstanding will with consequences that could be very bad. Joss may think that Dustin is suggesting that he is interested in her. And from there, Josslyn, who is every inch her mother’s daughter, may start to try to make something happen between her and her English teacher.

GH Spoilers – But Dev Cerci may foil her plans

But Dev will also be benefitting from Dustin’s tutoring. Hopefully, he will see what’s going on and stop Joss from doing something that could ruin Dustin’s life. He may even have to tell Carly what’s going on. This would drive a wedge between Dev and Joss, but at least it keeps Joss away from Dustin. Dustin, for his part, will likely be clueless able Josslyn’s intentions until it’s way too late.

General Hospital Spoilers: Brando’s Past Comes To Light – Was He In Dawn Of Day? https://t.co/yycyC69EcN pic.twitter.com/x2bso36QgN

Will Josslyn use her one on one time with Dustin to try to get a little too close? Will Dev be able to stop her? Will Dustin even realize what’s happening? Only time will tell, so stay tuned to General Hospital airing weekdays on ABC. And don’t forget to check back here regularly for all your General Hospital news, information and spoilers!