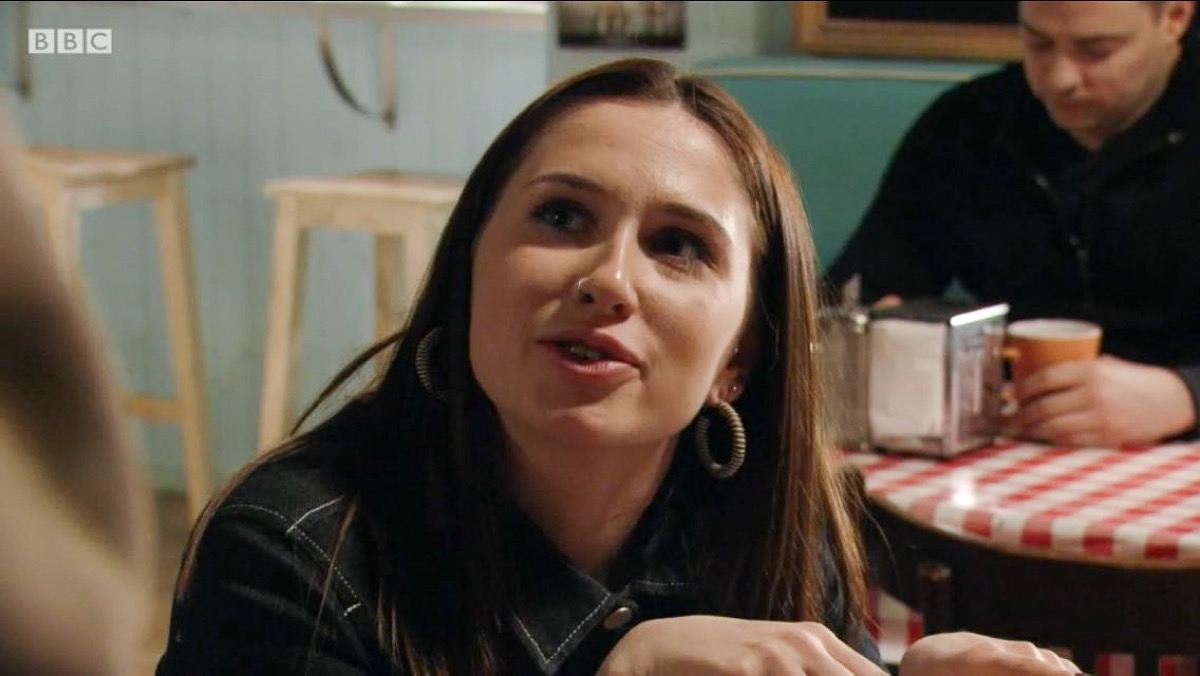 EastEnders spoilers hint that Dotty Cotton (Milly Zero) will have a week of exciting moments during the course of next week. This will include more blackmail and threats. New friendships in the works and she will find that there might be a potential love interest. Dotty will have nothing but excitement to come for her.

Dotty has evidence that Ian Beale (Adam Woodyatt) played a part in the death of Dennis Rickman (Bleu Landau). However, the tables will turn as Dotty continues pressuring Ian to come clean about what he did. This will happen when Dotty makes a careless mistake that leaves her belongings in the hands of Ian.

He tries to find the keys to the Archer in order to destroy the phone that has the voicemail left by Danny. Dotty was furious by finding out that Ian destroyed her phone. However, she has a backup plan that she reveals to Ian. This will lead to him going from relaxing about the situation to being worried all over again as Dotty ups the threats.

Dotty will not just be issuing threats but will also be striking up a new friendship. Dotty and Vinny Panesar (Shiv Jalota) will be spending a lot of time together in the near future and will strike up a friendship with one another. Since finding out about the horrible acts of his mother, Suki Panesar (Balvinder Sopal), he turned to graffitiing, which catches the attention of Dotty.

However, Dotty’s behavior does discourage him from wanting to build a friendship with her, and he does try to distance himself from her. He does try to get her to open up later own once he figures out that she might be putting on an act. He is also getting help from Dotty as she decides to wage a bet with him, which motivates him to begin thinking of the future.

News: “In light of the spread of Covid-19, filming on #EastEnders will be postponed until further notice… We have also taken the decision to reduce the amount of episodes we broadcast each week to two.”
Episodes will now air on Mondays, 8pm and Tuesdays, 7.30pm. pic.twitter.com/Ea9rodkqfh

EastEnders Spoilers- Bobby has a crush

Lastly, Dotty will have an admirer in the coming week as she will be catching the attention of Bobby Beale (Clay Milner Russell). Bobby does not know about the tension between Dotty and his father, which leads to him falling for Dotty.

This should be a fun turn of events for Ian to find out that his son is falling for the girl that he is actively working against. What do you think? Will Dotty get the upper hand against Ian? Should Dotty and Vinny see where their friendship goes? Watch EastEnders from Monday and Friday at 8 pm and Tuesday and Thursday at 7.30 pm on BBC One to find out what happens next.