General Hospital Spoilers: Nina’s A Wealthy Woman, Why Not Finance Maxie? Secretly Jealous Of Her Competition? 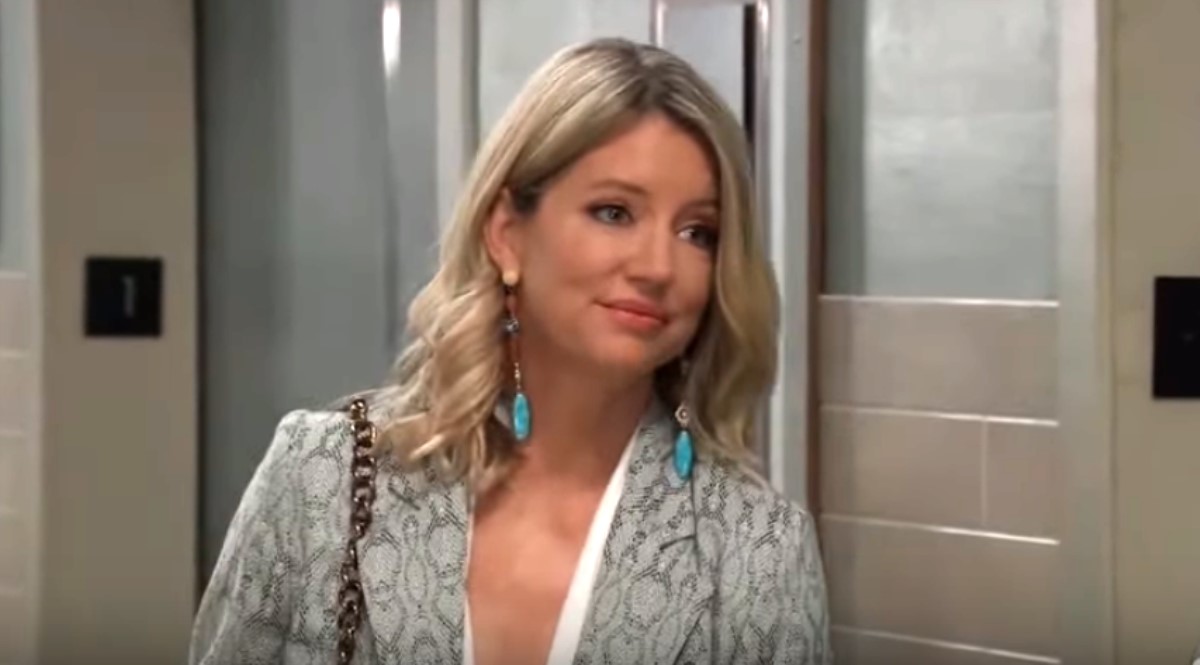 General Hospital (GH) spoilers revealed recently that Maxie Jones (Kirsten Storms) is anything but happy. Following what she thought was a done deal in which she would receive a significant raise (among other perks) Maxie was let down by an apologetic Nina Reeves (Cynthia Watros).

GH viewers may agree that Maxie has had a legitimate ax to grind against Nina for some time now. She not only acts as a personal assistant to Nina (which is not part of her job description) but Maxie’s covered for Nina, keeping Crimson running smoothly and ensuring issues of the magazine are published on time and without hiccups.

All of these things with no recognition or reward have gotten under Maxie’s skin and her exasperation with the situation has been brewing for a long time.

Of course, Maxie thought the issue was resolved when; in recent episodes, she confronted Nina over the whole matter. Now, GH fans know that these two GH characters are good friends, so it was no surprise that Nina was both shocked and grieved that she hadn’t had the presence of mind to even notice Maxie’s building dismay. Things were always taken care of at Crimson, no problems were apparent, so Nina had carried on with her mind on everything but Maxie’s situation.

To Nina’s credit, when she heard Maxie’s grievances, she immediately wanted to help put them to rest. Together with her friend (whom she has called Crimson’s most valuable employee), she worked out a plan for Maxie’s promotion. Nina came up with a new title, all kinds of side perks and benefits, a promise for a hike in salary, and perhaps a new office. However, as GH viewers know by now, Jax Jacks (Ingo Rademacher) blew Nina’s plans to give Maxie’s position the upgrade it deserved all to hell.

Naturally, Jax had a good explanation. He wasn’t being a jerk or intentionally raining on Nina’s (or Maxie’s) parade. Because Jax is the CEO of the overall company, and because he’s enjoying a personal relationship with Nina, he couldn’t approve sending money to Crimson. Obviously, neither Jax nor Nina wants the appearance of any kind of quid pro quo. Still, GH fans probably can sympathize with Maxie’s reaction when Nina told her she wouldn’t be getting the raise Nina had promised her.

Most viewers in the same situation would likely be just as angry as Maxie!

With that said, there are some unanswered questions. Longtime viewers of GH may be asking themselves why, if Nina can’t convince Jax to make concessions in the company budget for Maxie, she can’t simply make the situation right herself? After all, if Maxie is truly her most valued employee (not to mention her friend) there have to be options Nina hasn’t considered. As Maxie suggested to Nina just before she stormed out of her office, wanting something to happen and making something happen are two separate things.

In other words, perhaps Nina hasn’t exhausted all her options. Just because Jax said no, doesn’t mean that’s the end of the story. For example, GH fans may recall that apart from Crimson, Nina is already quite wealthy. In fact, she inherited her family’s money!

Some might be asking themselves whether Nina might not be willing to dip into her financial resources in order to make peace with Maxie. After all, it wouldn’t have to be forever. Nina could make up the difference between Maxie’s current and desired salaries until it was time to redo Crimson’s budget for the next year.

In fact, that could be a neat solution to the entire issue. However, Nina may not come to that conclusion, especially if Maxie does something rash in her anger!