Days of Our Lives Spoilers: Stefano’s Obsession Explained – Marlena Is ‘Unattainable Prize’ That Will ‘Complete’ Him 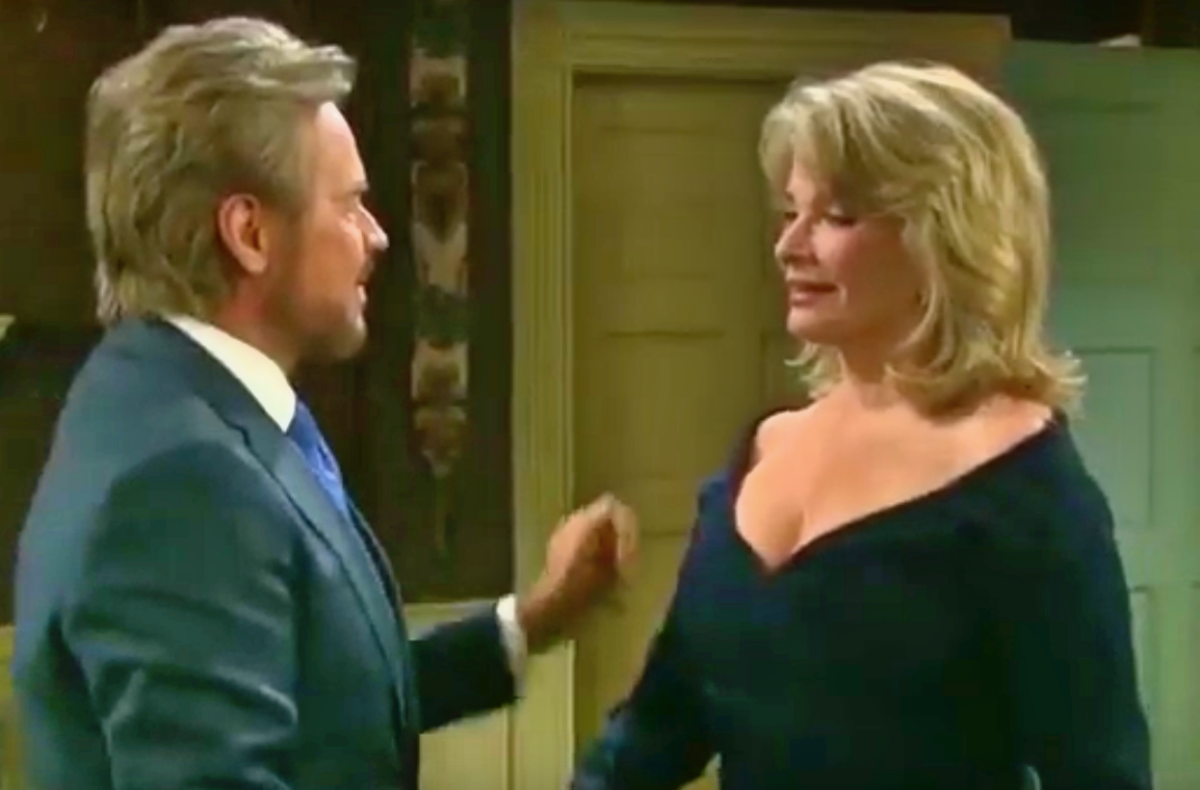 Days of Our Lives spoilers reveal Stefano DiMera (Stephen Nichols) has obsessed over Dr. Marlena Evans (Deidre Hall) for years. The reason the villain keeps going after her is explained. “Doc” is the unattainable prize for the DiMera patriarch. He believes that once he has his Queen of the Night, then he will finally be complete. Keep reading to find out more about this storyline.

DOOL spoilers reveal Stefano has almost everything he wants. The brain-chipped Salemite has money, power, and his children. However, the one thing that is lacking in his life is love. He has it in his mind that making Marlena his Queen of the Night will “complete” him.

Even though Dr. Wilhelm Rolf (William Utay) put a brain chip in Marlena, it’s a bit different from the procedure performed on Steve “Patch” Johnson (Stephen Nichols) and Hope Brady (Kristian Alfonso). Stefano truly wants Marlena to love him back and tells the mad scientist that he does not want a robot.

So, Marlena’s chip doesn’t transform her into someone else. Instead, it just makes her more open to loving Stefano. However, it’s not going as well as the villain had hoped.

The Unbreakable Bond of ‘Jarlena’

Days of Our Lives spoilers reveal that Marlena and John Black (Drake Hogestyn) are truly soulmates. No matter how many times over the years they have been separated, the two find each other. Despite others trying to tear them apart, John and Marlena beat the odds and reunite. Through all the decades of the NBC soap opera, the iconic couple has overcome seemingly impossible challenges and obstacles. The pair even seem to communicate telepathically, which Stefano can’t control.

This time will be no different and fans can be assured that John will find his one true love.

In fact, it is teased that John tries to reach out to Marlena. Even though they are in different locations, she can sense John’s presence. It was clear right after the brain chip implantation that it would not be easy to win Marlena’s heart.

Right after waking up from the procedure, she said John’s name. She’s mentioned him a few times, which doesn’t make Stefano happy. This is most likely why he tries to marry her immediately. In the villain’s mind, he mistakenly thinks she will be devoted to him eventually.

However, no matter what you do to the mind… brainwashing, brain chips, erasing memories… you can’t erase John from Marlena’s heart.

Be sure to catch up on everything happening with the DOOL right now. Come back here often for Days of Our Lives spoilers, news, and updates!