Days of Our Lives Weekly Spoilers March 23 to 27; Gabi Attacks Abigail With a Bottle – Ben and Ciara’s Hot Clean Up 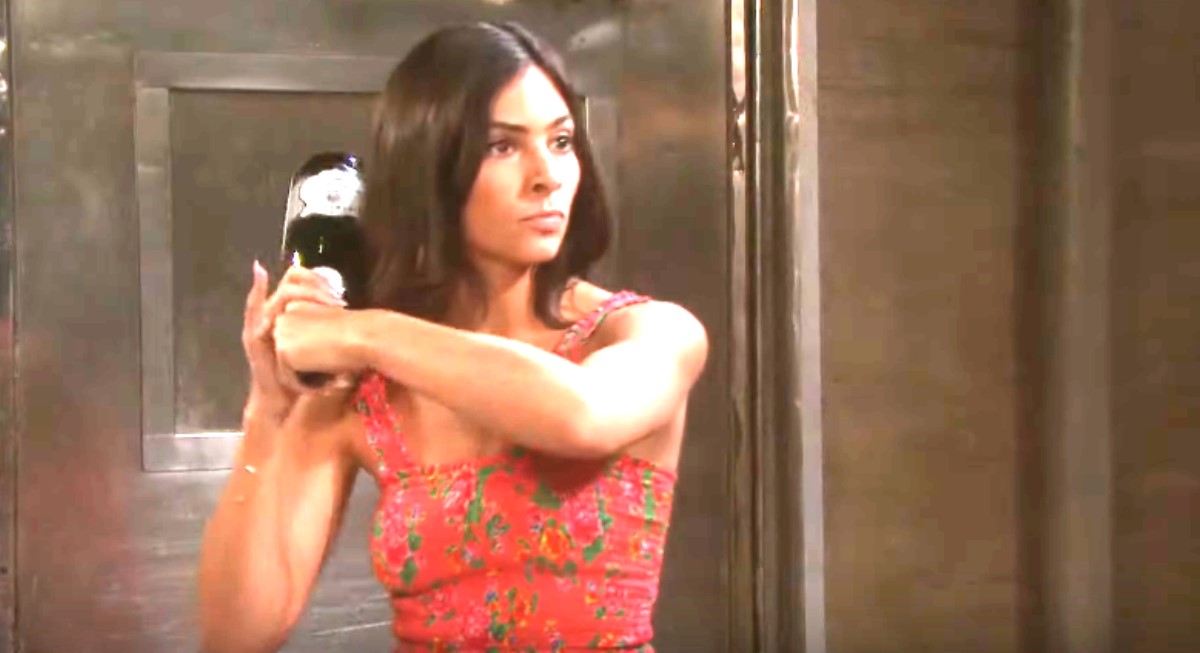 Days of Our Lives spoilers tease that this week on DOOL, Gabi Hernandez DiMera (Camila Banus) will hit Abby Deveraux DiMera (Kate Mansi) over the head with a bottle, while Ben Weston (Robert Scott Wilson) and Ciara Brady (Victoria Konefal) clean up!

Days of Our Lives Spoilers – Friends To Frenemies To Enemies

Longtime Days of Our Lives viewers will recall that Gabi and Abby went from being friends to frenemies to enemies over the years – but the last straw for Abby was when Gabi had altered the paternity paperwork for baby Charlotte DiMera (Chloe Teperman) to read that Stefan DiMera (Brandon Barash) who later married Gabi was the father instead of Abby’s husband, Chad DiMera (Billy Flynn), with Abby winding up in Bayview and having a lot of difficulties getting out!

Abby had suffered from dissociative identity disorder or DID, and she alters, “Gabby” who wore a black wig, had slept with both brothers close to the same time and became pregnant. Julie Williams (Susan Seaforth Hayes) had snuck up into Gabi’s room on behalf of Abby, who was no longer mentally ill and found the real paternity test in Gabi’s room at the Kiriakis Mansion, and Julie took a tumble down the stairs in a struggle with Gabi, who had caught her red-handed with the evidence!

Julie recovered from the fall, and Chad and Abby recovered baby Charlotte from Stefan in the end, and Stefan later married Gabi, who reminded him of “Gabby”, Abby’s altered, who he had previously fallen in love with! Now, in the Days of Our Lives weekly preview promo, Abby and Gabby will renew their enemies status, as Gabi pretended to be unconscious in the DiMera wine cellar, where Chad had apparently stashed her after trying to kill her – and got up and hit her over the head with a bottle!

But where’s Kate DiMera (Lauren Koslow)? Perhaps Gabi mistook Abby for Kate, and if so, why would she have hit her over the head with a bottle?

Ben Weston (Robert Scott Wilson) is finally released from prison and has a joyous reunion with his girlfriend, Ciara Brady (Victoria Konefal)!

Days of Our Lives viewers will recall that Ben has been in Statesville Prison and nearly died in the execution chamber for the murder of his sister, Jordan Ridgeway (Chrishell Stause) for over a year, and Ciara fought for his freedom doing an investigation on her own, which also resulted in Will Horton’s (Chandler Massey) freedom, finally tracking down the true killer, Evan Frears aka Christian Maddox (Brock Kelly) and slamming his face into the glass of the execution chamber with a gun to the back of his head!

Ben was barely conscious but saw it! Now he is finally released, and in the preview promo, the two take a sexy shower together to celebrate and to wash all of that prison gunk off him!