Eastenders Spoilers: Ian Destroys Phone, Kicks Out Dotty – But Her Next Move Horrifies Him 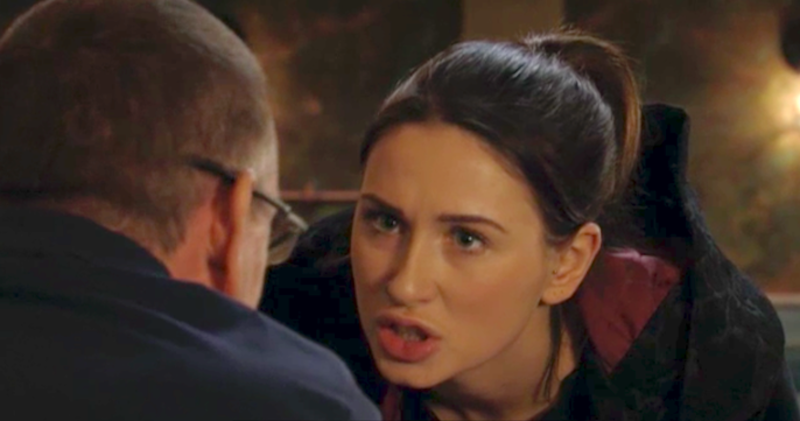 Eastenders spoilers reveal Ian Beale (Adam Woodyatt) has been keeping a dark secret from Sharon Mitchell (Letitia Dean). Dotty Cotton (Milly Zero) knows the truth and has been blackmailing Ian. He ends up getting access to the Arches and destroys the phone, thinking he’s in the clear. However, Dotty’s next move will horrify Ian. What could it be and is it time for Sharon to learn the complete truth?

As fans recall, Ian is hiding a secret stemming from Dennis Rickman’s (formerly Bleu Landau) death during the 35th-anniversary special. When the water began flooding the decks of the boat, people were scrambling and trying to survive.

Ian ended up locking the teenage boy in a room. There is a voicemail from Dennis on a phone and Ian’s doing everything in his power to keep Sharon from discovering it. Meanwhile, the grieving mother is putting all the blame on Phil Mitchell (Steve McFadden). While he does play a role in what happened, how will Sharon react when her supportive friend did the unthinkable?

Dotty knows about the voicemail and the phone is being kept away from Ian in the Arches. She is using the information to blackmail Ian. However, it is teased that when she falls asleep on the couch, he rummages through her bag and finds the key to the Arches.

Eastenders spoilers reveal Ian goes to collect the phone and destroys it. He thinks he has finally won and now he can kick out Dotty. But is he really in the free and clear? He will soon discover that Dotty makes a bold move that ends up terrifying him.

While it isn’t confirmed exactly what she does, Dotty has street smarts. She likely has copies of Dennis’ voicemail somewhere just in case the phone went missing or was destroyed.

Secrets don’t stay hidden in the soap universe forever. It’s time for Ian’s secret to come out and for Sharon to find out everything that happened the night her son died.

Plus, Eastenders spoilers reveal that Pavinder “Vinny” Panesar (Shiv Jalota) and Dotty bond over graffiti. Later, Vinny can tell that something is weighing heavily on Dotty. He encourages her to open up about what is bothering her. What will she decide to do? Confess the huge bombshell or keep it to herself?