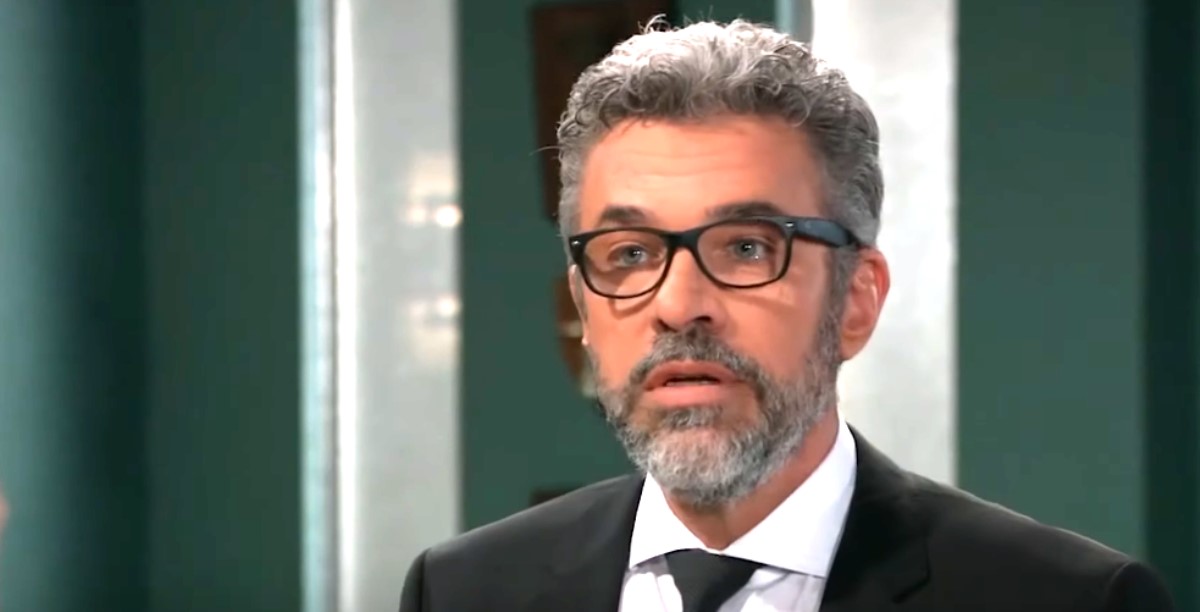 General Hospital’s Jordan Ashford (Briana Nicole Henry) is being blackmailed by Cyrus Renault (Jeff Kober). However, Mac Scorpio (John J. York) does not know of this, he only knows that Jordan moved men off a route that Cyrus is suspected of using for his drug trafficking operation.

Will Mac be forced to take Jordan down for working for Cyrus even though she was blackmailed into doing so?

General Hospital’s Cyrus has Jordan’s son T.J. Ashford (Tajh Bellows) and is holding him hostage to force Jordan into letting him run drugs through Port Charles. Jordan was instructed not to let anyone know about the deal with Cyrus and has kept quiet.

However, Mac is no fool and has been a police commissioner before. Jordan could have gone to Mac and told him what was going on and enlisted his help in saving T.J. but she chose not to do so. Jordan has not even told her husband Curtis Ashford (Donnell Turner) a former DEA Agent and Private Investigator. Jordan knows that Curtis would do anything for T.J. and he is going to be upset that she didn’t confide in him. How deep will Jordan get before she asks for help?

GH Spoilers – Jordan Ashford Is No Stranger To Dirty Deeds

General Hospital’s Jordan is no stranger to dirty deeds, after all, she framed Cyrus for crimes he committed and got him arrested because she couldn’t get evidence on him that would convict him. Jordan worked side by side with Cyrus when she was a DEA agent.

Jordan has hidden this secret for years and didn’t want to let Curtis know about it now, but she was forced to do so. But Jordan has done other illegal things as well. Jordan is still covering for Ava Jerome (Maura West) running down Drew Cain (Billy Miller) in September 2014.

And let’s not forget that she’s running around Port Charles with a stolen kidney that saved her life. Jordan knows at least seven people helped steal that kidney for Ryan Chamberlain (Jon Lindstrom) and never said a word. Obviously, keeping secrets I something Jordan is very good at, she lied to her son for most of his life about his father as well.

General Hospital Spoilers – Mac Scorpio Goes By The Book, Most Of The Time

General Hospital’s Mac and Robert Scorpio (Tristan Rogers) are not going to let the police commissioner get by with helping Cyrus regardless of the circumstances. If Mac let Cyrus crimes go on, he would have to overlook Sonny’s and he’s not about to do that. Mac will be forced to take down Jordan for helping Cyrus because there is nothing else he can do. Will Mac get back his old job as commissioner?

Mac is going to be furious with Jordan for not allowing her fellow officers to help her. Mac does not want to take down one of his own, but what choice will he have when the truth comes out? Perhaps Jordan should have let Sam find T.J. in the first place and stayed out of trouble, after all, most fans know Sonny Corinthos (Maurice Benard) would have already saved T.J. by now if he had known he was missing.