General Hospital Spoilers: Nina Hires Nelle! Does She Have A Hidden Agenda? 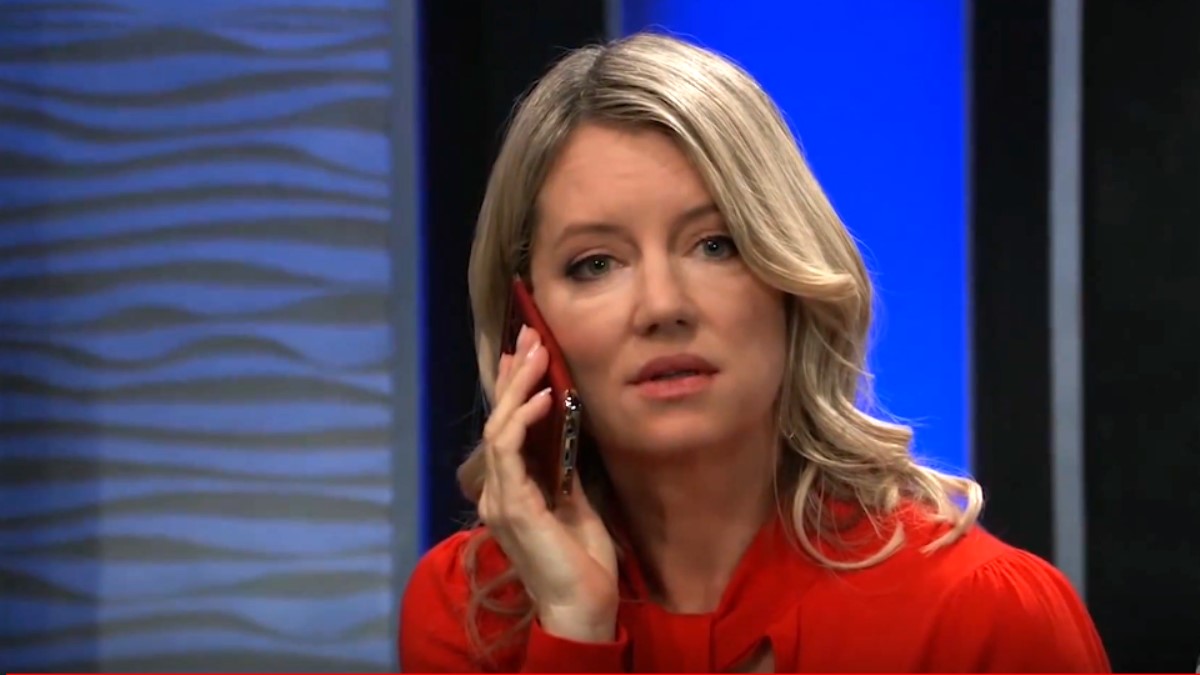 General Hospital spoilers tease that Nina Reeves, (Cynthia Watros) desperate for an assistant since Maxie Jones (Kirsten Storms) got angry and quit, thinking she had a job waiting with Deception Cosmetics, hires Nelle Benson (Chloe Lanier) – but, she has an ulterior motive!

Longtime General Hospital viewers will recall that this is not the first time that Nina has hired Nelle; she hired her a couple of years ago as Charlotte Cassadine’s (Scarlett Fernandez) nanny. This was when Nina and Valentin Cassadine (James Patrick Stuart) were still married, and Valentin warned Nelle that if she ever did anything to harm Charlotte, her body would never be found!

This kept Nelle in line for the short time that she worked as the Cassadine nanny! She better not have thought she was pulling one off on Valentin when she sold him the rights to her ELQ shares – he will END her, finally and unequivocally! She should know better, after getting threatened like that, but then she may grossly underestimate Valentin!

GH Spoilers – Nina Reeves Was Hurt When Maxie Jones Left, And Realized Too Late That She Had Been Taking Her For Granted

Nina was hurt when Maxie left, and realized too late that she had been taking her for granted; she felt a bit betrayed when she realized that Maxie had another job lined up (or so Maxie thought). Maxie not only was Nina’s employee, she was family and a close friend; she is her “brother” “Jay’s” widow, “Jay” referring to the late Detective Nathan James West (Ryan Paevey). As viewers will recall, Nathan and Nina were raised together like brother and sister, but he was actually her first cousin, since her mother Madeline Reeves (Donna Mills) and Nathan’s mother Liesl

Obrecht (Kathleen Gati) were sisters. Nina feels absolutely off-balance since Maxie left so suddenly, but Nina understands – Maxie has kids, and she did what she felt she had to do and what was best for herself and her family. But Nina wishes Maxie had been a little more open about her unhappiness with her position and pay and had come to her sooner.

As Nina is pondering Maxie’s decision to leave Crimson, and wondering how she will handle both her own duties and Maxie’s, all of a sudden Nelle shows up and asks for Maxie’s job; she must have overheard Maxie talking to someone else about it or maybe she was loitering in the hallway and heard the whole thing, but, nevertheless, there she is! She just walks right in and grabs a bunch of files off of Maxie’s desk, and hands them to Nina and tells her she can take Maxie’s place!

Nina is thinking, that Nelle is no way qualified to do Maxie’s job, but then she had done something similar for Ava Jerome (Maura West) at one time – she wasn’t there long either. She interrogates Nelle, asking her why all of a sudden is she so anxious to get a job, and buttonholes her about if it’s because of her custody suit against Michael Corinthos (Chad Duell) for their son, Wiley Corinthos (Erik and Theodore Olson). Nelle, after Nina nagging her about it for a while, finally admits that is the reason – she will stand more of a chance in Family Court if she has a job.

However, Nina secretly wants her to never lay a hand on Wiley again, knowing that Nelle would never do anything but use the baby as a pawn! So, since Nina knows what a loose cannon that Nelle can be, she decides to hire her – so that she can spy on her, and deliver choice intel to Carly Corinthos (Laura Wright) and Michael so that they are better equipped to succeed in the custody battle. She will have to, however, watch Nelle closely enough that she doesn’t sabotage Crimson!

She is sure, however, that her boss Jasper “Jax” Jacks (Ingo Rademacher) will keep an eye out on her too, since he also knows all too well what Nelle is about, in spite of having saved his daughter Josslyn Jacks’ (Eden McCoy) life with her kidney! Nina will be sure to explain the method to her madness to Jax before Nelle ever shows up for her first day at work!