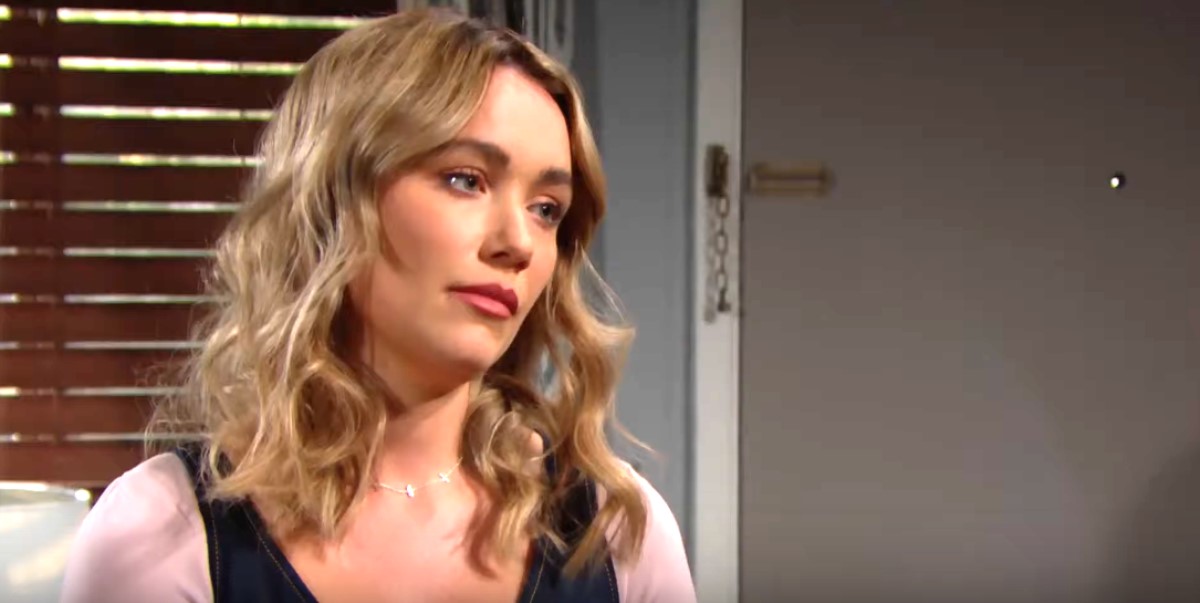 Viewers of The Bold and The Beautiful will recall that it had been Flo’s idea to have Wyatt make Sally’s last days happy and that even meant the two moving in together, to the beach house where they had spent many happy hours together in the past. So Wyatt moves Sally in with him, and they are living together.

The Bold and the Beautiful Weekly Spoilers March 23 to 27: Donna In Unlikely Situation – Quinn Toys With Brooke – Eric Destroys ‘Bridge’

However, after Wyatt tells Flo that Sally’s doctor, Dr. Penny Escobar (Monica Ruiz) made a house call and as a result of Wyatt having walked in on it, Sally confessed her illness and that she was dying to Wyatt and he admitted that he and Flo had already known, and that was why he wanted to be there for her because he couldn’t stand for her to die alone with no one around who cared for her!

After some resistance, she was thankful that he had acted as he did. Flo talked to Katie Logan (Heather Tom) about the situation and what had happened when Wyatt walked in on the house call, and against Katie’s advice and better judgment, Flo decides to pay Sally a visit. Wyatt probably mentioned that Sally had become weak and dizzy and had fallen while he and Dr. Escobar were there, as well, and that he had confessed to Sally that he hadn’t really broken up with Flo.

When Flo arrives, Wyatt is there at home with Sally and the visit is unexpected; but Flo has pure intentions at least at first for her visit – she wants to see how Sally is doing. She didn’t discuss the visit with Wyatt ahead of time, so he is as surprised to see her as Sally is. But Flo notices something odd in how Sally acts around Wyatt – like she is making a point to display affection and hang around on him a bit, like she is trying to stake a claim on him without actually coming out and saying so!

Wyatt doesn’t act like Sally is acting anything out of the ordinary, and he notes she does get weak and dizzy at times when she hangs on to him in front of Flo. Flo, on the other hand, suspects that Sally has something up her sleeve concerning Wyatt and her relationship with him, as much as she hates to think that way about a dying woman!

Flo finds it obvious that Sally has designs on Wyatt and wants him back for real and forever; but doesn’t know how to confront a dying woman about her inappropriate touching of her boyfriend when Sally’s “forever” won’t be for very long! She can’t believe that Wyatt can’t tell that Sally is hanging on him for more reasons than being afraid she might fall!