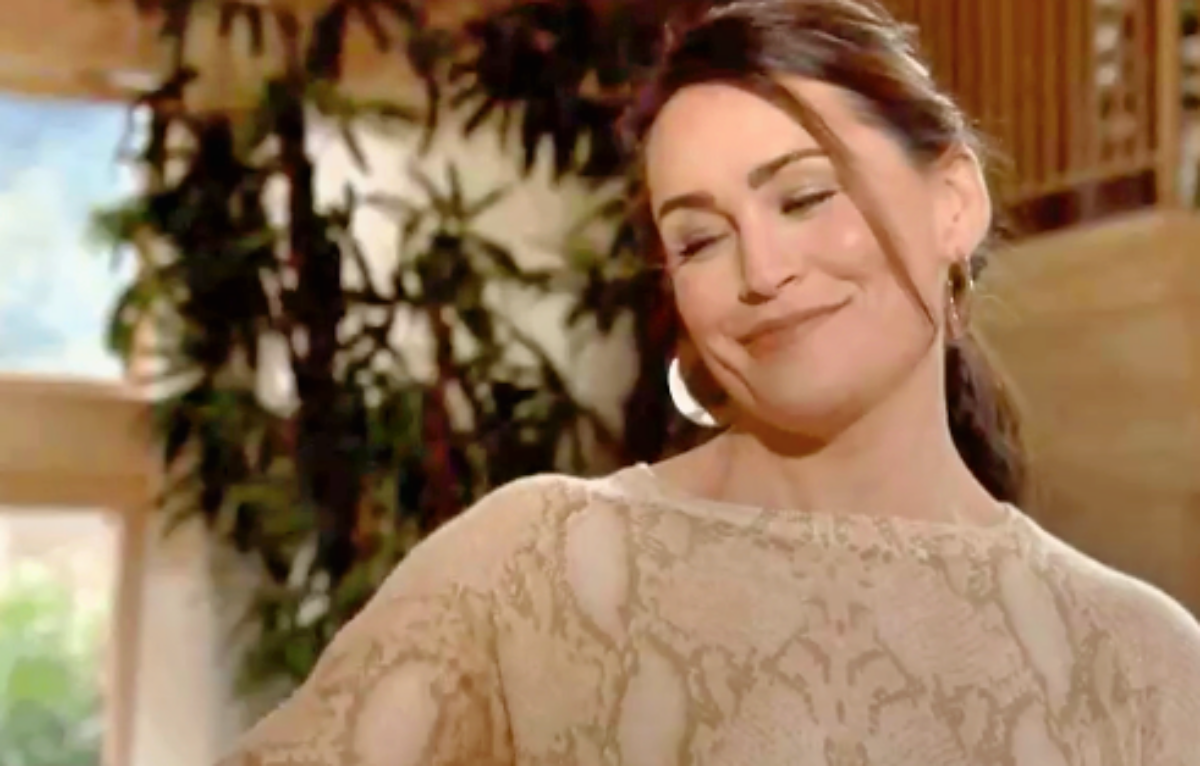 The Bold and the Beautiful Weekly Spoilers March 23 to 27: Donna In Unlikely Situation – Quinn Toys With Brooke – Eric Destroys ‘Bridge’

As viewers of The Bold and The Beautiful will recall, Quinn Forrester downloaded a video of Brook making out with Bill Spencer (Don Diamont) in Hope Logan’s (Annika Noelle) cabin, that Shauna Fulton (Denise Richards) had taken with her cell phone. First, she downloaded it to her cell phone while Shauna wasn’t looking, then downloaded it to the digital photo frame that Ridge Forrester (Thorsten Kaye) had bought Brooke as a gift. She had just seen Eric Forrester (John McCook) download a photo from his phone and send to the digital frame and then she immediately sent the surreptitiously procured footage to the digital frame while Eric wasn’t looking!

It popped up as Ridge and Brooke were making out in their living room, and later when Donna Logan (Jennifer Gareis) came to visit with Brooke, she discovered the video and the two of them had worked frantically to try and delete it from the frame! Now, Brooke has come to Quinn to demand answers, because she knew that she had to be behind this!

Quinn had never called a cease-fire in her war with Brooke, and she will demand to know whether Quinn has been following her around, or having her trailed by a private investigator, and most of all, to try and force her to destroy any and all copies of that video!

B&B Spoilers – Quinn Forrester Likely Will Not Divulge The Source Of The Video, But She Will Taunt And Toy With Brooke Logan Forrester, Trying To Start A Fight!

Quinn likely will not divulge the source of the video so as not to ruin Shauna’s chances to get with Ridge, but she will taunt and toy with Brooke! Brooke tells Quinn that she’s not going to let her blackmail her, and Quinn tells her that payback is a – Brooke, in not so many words calling her a “biotch”! Quinn is just pushing Brooke’s buttons, hoping that she will start a fight and then maybe Eric will hear the commotion and come to her rescue, so she can tell him that Brooke is beating up on her for no reason – oh, but wait – she can’t do that.

That would be only a temporary fix to her Brooke problem, and she wants it to be permanent! So they fuss and they fight verbally and they argue, and Quinn decides to bide her time until the reunion party that Ridge and Brooke will have on Friday, and then she will solve her Brooke problem once and for all!

Brooke sees that she’s not going to get what she came for, which is to get Quinn to admit that she is the one who sent the video and she is not going to get her to admit who took it either, but neither will give up or give in to defeat. Quinn will have her revenge on Brooke and Brooke won’t even know what hit her when she finds out how!