The Young and the Restless Spoilers: Victoria’s Mental Health At Risk – Stress And Crippling Anxiety At An All-Time High 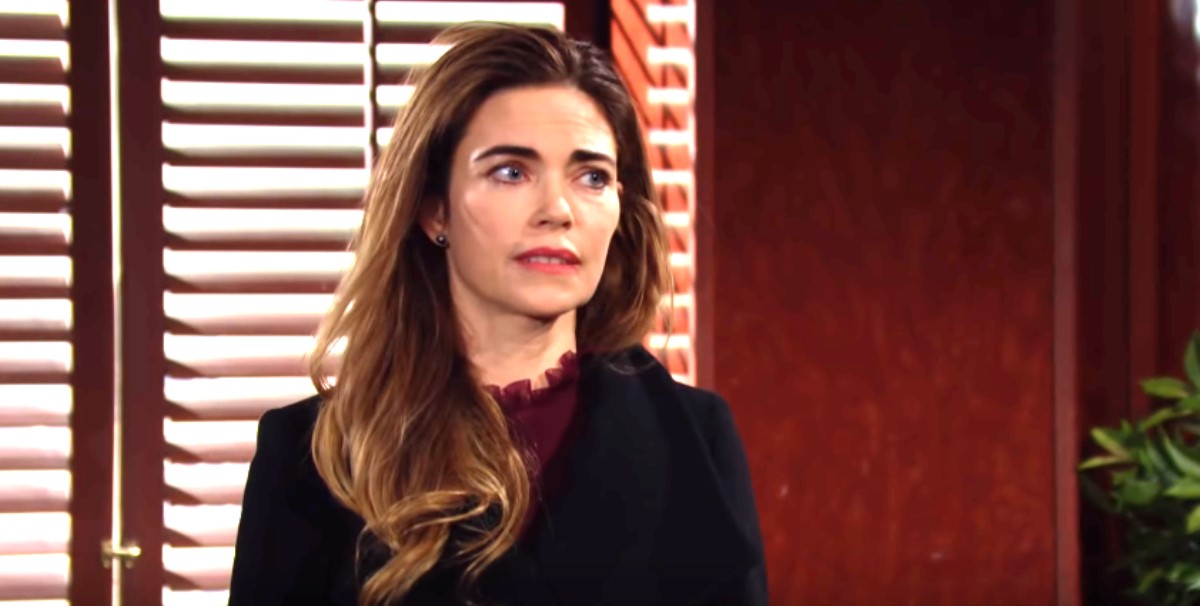 The Young and the Restless spoilers document that Vickie Newman’s (Amelia Heinle) instinct to return to work, only a handful of weeks after she was stabbed, proved overly optimistic. Heinle’s character is clearly suffering from stress overload, with anyone implying whatever medical term they would like regarding this fighter’s condition.

Vickie is a consistent person and she has a solid work ethic. But no one could endure the J.T. Hellstrom (Thad Luckinbill) arc, Billy Abbott (Jason Thompson) pulling yet another one of his abandonment acts, and then being stabbed with a knife in a case of mistaken identity.

Young and the Restless Spoilers: Billy Starts To Get It Together While Victoria Loses It

Sharon Newman (Sharon Case) just earned her degree and has been tapped by Nikki Newman (Melody Thomas Scott) to provide conversational therapy to Vickie. But Sharon and the audience believe that more than that will be needed in order for Vickie to fully heal.

Vickie went through so much after J.T. returned to Genoa City, Wisconsin. But she survived that horror arc, with Nikki also escaping a murder conviction when J.T. was revealed as never having died.

It took time, but Vickie rebounded. She learned to trust Billy again. Together they slow-walked Villy back to life and appeared to be happy. Then Billy did what he always does and betrayed Victoria’s trust, which blew up their family once again.

Y&R Spoilers – Villy Was A Stabilizer

There’s no doubt that Billy’s initial stand-up performance was real. He was there for Vickie during the J.T. debacle and affirmed his value as a real father to Johnny Abbott (Ryan and Holden Hare), Katie Newman (Sienna Mercuri), and as a good stepfather figure to Reed Hellstrom (Tristan Lake Leabu).

Vickie was understandably skeptical about Billy. The many past versions of Villy didn’t survive and she didn’t want him to break the children’s hearts, upset their lives, and upend her own.

The ceremony at Society last year was a public statement that projected well until Billy slowly descended into a mental breakdown. But even Vickie’s help following the sad Chancellor boat house incident wasn’t enough to prevent Billy from straying off-course again.

The Young and the Restless Spoilers: Spring Preview Teases What To Expect From Genoa City’s Key Players https://t.co/y9KfXo64VW pic.twitter.com/YvFbaqot0A

Young And The Restless Spoilers – Handling Personal And Business Matters

Vickie was wise to move into the Ranch with the children following her release from the hospital. Johnny and Katie are well taken care of and protected under Victor Newman (Eric Braeden) and Nikki’s watchful eye.

Nick Newman (Joshua Morrow) is handling matters at Newman, which gives Vickie a sense of confidence that the family business is flowing smoothly. So, Vickie’s famous resilience should be evident this spring as long as a further period of healing happens.