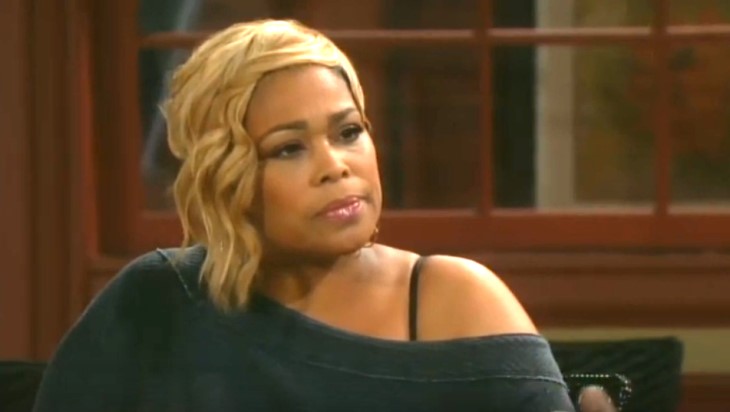 “Days of Our Lives” is bringing back a familiar face. Tionne Watkins is set to reprise her role on the sudser as Sheila Watkins. She’ll make her return on April 1, 2020.

Viewers may recall that Watkins joined the cast of the show back in 2016. She was a tough prison inmate who shared a cell with Hope Brady. Sheila got out of jail in 2017 and it’s been revealed that she shared history with Eli Grant (Lamon Archey).

Later on, she landed a job as the executive assistant of former Salem Mayor Abe Carver (James Reynolds). However, she was forced to leave Salem after she kissed Abe and Jack Deveraux (Matthew Ashford) blackmailed them.

Watkins is known for her work with the girl group TLC. Her stage name was T-Boz and she was won four Grammy Awards for her work as the group’s member. Apart from her work with TLC, Watkins also recorded solo singles including “My Getaway” and “Touch Myself.”

For the week of March 23, “Days of Our Lives” will bring back Lean Hunley and Thaao Penghlis as Anna DiMera and Tony Dimera. Hunley will be sharing scenes with Kate Mansi, who plays the role of Abigail DiMera, on Thursday, March 26.

Meanwhile, Victoria Platt recently left the sudser as Dr. Raynor after she was convinced by Xander Cook (Paul Telfer) to leave Salem. But that won’t be the last time viewers will see her. She’ll be back as the baby swap plot continues to unfold.

Meanwhile, “Days of Our Lives” spoilers hint that Brady Black (Eric Martsolf) will make a shocking discovery soon. But for now, he remains unaware that Nicole Walker (Arianne Zucker) has suspicions that Mackenzie Horton’s (The May Twins) could be his and Kristen DiMera’s (Stacy Haiduk) biological daughter.

Nicole got herself into a brawl with Kristen just to score some hair samples for the DNA test. Unfortunately, the result showed that she was not Mikey’s mother thanks to Xander Kiriakis tampering. But this won’t stop Nicole from finding out the truth. She’ll eventually find proof that Mikey is Brady and Kristen’s child.