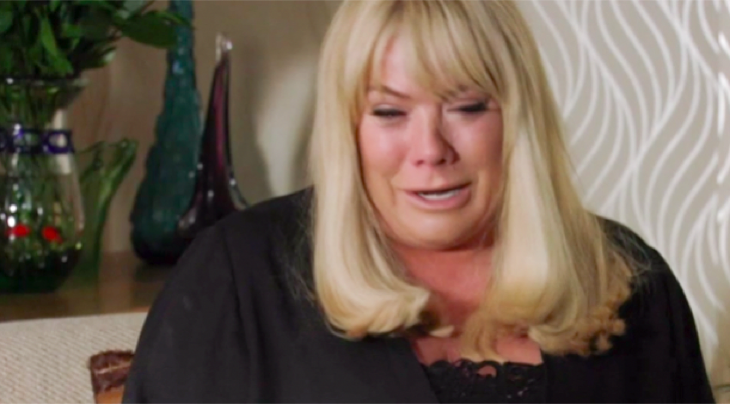 Eastenders spoilers recently stated Linda Carter (Kellie Bright) would relapse and get caught red-handed guzzling Shirley Carter’s (Linda Henry) vodka. What exactly pushed her over the edge? While helping Sharon Mitchell (Letitia Dean) at her son’s funeral, Linda misses something. The grieving mother rages at Linda over the detail and says something that mortifies her. Keep reading to find out more.

A Promise Made With The Best Intentions

Linda wants to support Sharon as she goes through her tragic loss. The day of Dennis Rickman’s (Bleu Landau) funeral arrives. Trying to be a good friend, Linda goes to help her set everything up and prepare. Before she leaves, Linda makes a promise to the social worker. She will stay away from alcohol and she has the best intentions when making that promise.

Eastenders spoilers reveal Linda does her part to help set everything up. Sharon is grieving and going through so many emotions. She is trying to grasp how everything could have turned out so badly. While dealing with losing her son is a lot in itself, Sharon holds Phil Mitchell (Steve McFadden) responsible. She sent Keanu Taylor (Danny Walters) away.

She tried to keep a paternity secret for nearly a year, which resulted in Phil shoving a table toward her. He also literally threw her out the door, even though she was heavily pregnant. Then, she went into labor and couldn’t get to the hospital. At the moment a new life was brought into the world, another one was taken out. Her newborn baby would always be a reminder that his birth happened at the same time as her older son’s death.

While setting up for the funeral and wake, Sharon notices a detail that Linda happened to miss. A psychological mess, the grieving mother lashes out and rages at the recovering alcoholic. It is teased by Metro that she also says something that absolutely “mortifies” Linda.

Linda Carter Goes Back To The Bottle

Under tremendous stress and her self-esteem plummeted from Sharon’s cruel comment, Linda struggles to calm her nerves. She happens to find Shirley’s vodka and can’t help herself from taking a drink. Shirley catches her red-handed and the two get very vocal with each other. Hearing a ruck, Michael “Mick” Carter (Danny Dyer) comes in and wants to know what’s going on. Linda is forced to confess she’s had a relapse.

This results in her admitting going back to work wasn’t the best idea and a big decision is made. It is teased that Mick decides to quit the Vic and move his family away from the establishment. He feels it’s best to keep Linda away from all alcohol, which means giving the place up and moving into a regular home. However, it results in more drama when the decision leads to an intense bidding war.