General Hospital Spoilers: Lulu Dodges A Bullet With Brook Lynn, But Not With Dustin 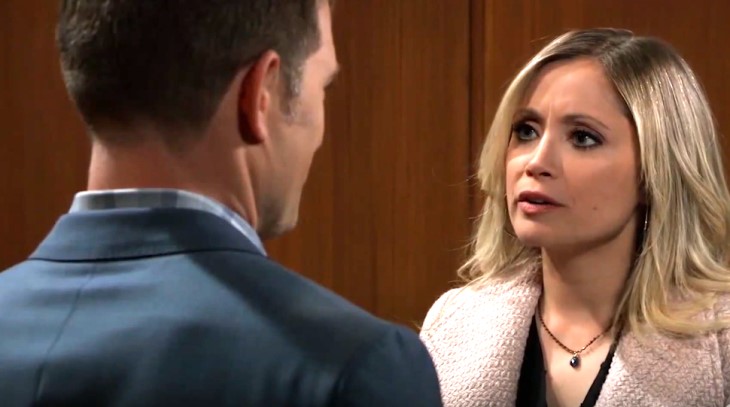 General Hospital spoilers divulge that while Lulu Spencer (Emme Rylan) dodged a bullet for brawling with Brook Lynn Quartermaine (Amanda Setton), she may not be as lucky with beau Dustin Phillips (Mark Lawson).

Dustin has a reputation to uphold as a respectable teacher at the local high school. He really doesn’t need his main squeeze getting tons of media exposure for all the wrong reasons.

Yet this is the second time she’s been guilty of fighting in public with her arch-enemy, and when Dustin finds out he’ll have to choose sides between his friend and girlfriend.

General Hospital Spoilers – Can Lulu Spencer and Dustin Phillips get through her latest public gaffe?

Good guy Dustin has stood by volatile Lulu through thick and thin, but her latest stunt may put the squeeze on their union. It’s not like there’s not other fish swimming in the Port Chuck pond!

And for her part, Lulu may not have much time to deal with Dustin since Valentine Cassadine (James Patrick Stuart) was busy filming the whole shebang, no doubt to use as blackmail against Lulu. Soon the whole world will see hot mess Lulu circling her prey like a Ronda Rousey wannabe, and there will be consequences, the least of which could be the loss of Lulu’s custody of her daughter with Valentin.

Explosive show spoilers also reveal that Dustin himself will soon be preoccupied as a target, although of a more affectionate kind.

Poor Joss Jacks (Eden McCoy) is at loose ends, her teen life a jumble of angsty confusion and of course a few hormones tossed into the mix.

Ever since Oscar Nero (Garren Stitt) died, she’s been floating, not really grounded. Being involved in a mob shootout didn’t help center her either, and as a result, she’s about to give some attention to one of the more normal adults in her life, Dustin.

General Hospital Spoilers – Is a breakup next for Dustin Phillips and Lulu?

Dustin is Lulu’s teacher and a solid influence, but she’s revealed a bit of affection for him in the past, something that may take him by surprise soon, especially since her best friends Trina Robinson (Sydney Mikayla) and Cam Webber (William Lipton) are flirting with the idea of getting closer.

Lulu’s recent personal woes have caused her mom Carly Corinthos (Laura Wright) to establish homeschooling for the teen, and guess who’s going to be doing the schooling? Yep, sweet, hunky Dustin! Will Dustin and Lulu’s relationship survive their upcoming dramas? Be sure to tune in and find out!