General Hospital Spoilers: Spinelli Admits To Having Feelings For Maxie – But Does She Have Mixed Emotions? 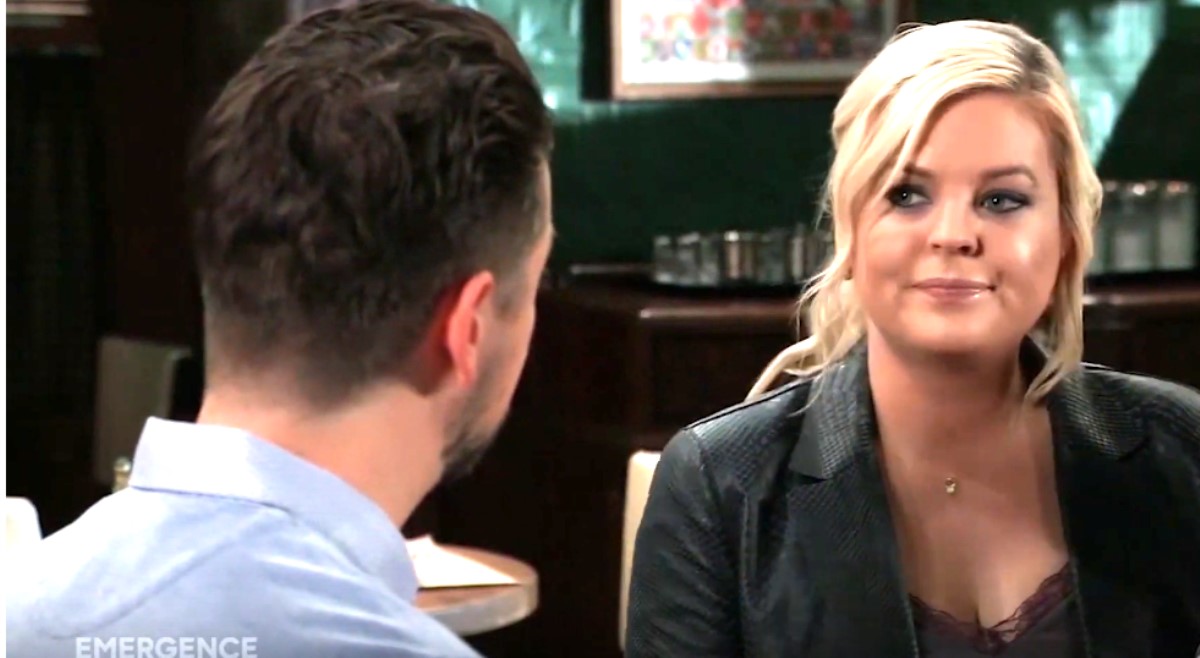 General Hospital spoilers reveal that while a certain spinmeister is a dead set on taking down his enemy, his enemy has more dirt on him!

Damien Spinelli (Bradford Anderson) had a most unfortunate turn of events take place when Peter August (Wes Ramsey) made an observation that Spinelli looked shaken to hear. Does that mean that it’s true, and if so what happens next?

Spinelli is playing with fire by making an enemy of Peter. But what choice does he have? He has the goods on Peter in every way except the provable kind. Being the Ace of Cyberspace, Spinelli knows that Peter was behind the attempts on several people’s lives plus other assorted mischief and mayhem.

He also knows that Peter has successfully, for now, framed Liesl Obrecht (Katheleen Gati) to take the fall for him.

But this is not the only reason Spin has for wanting Peter to go down and get out of town. Peter is cohabitating with Maxie Jones (Kristen Storm) and their adorable daughter Georgie (Lily Fisher.) Who in their right mind would want a nefarious killer playing house with their precious family?

This week Spin took the time to taunt his enemy after finding him babysitting Georgie. Of course Spin was utterly alarmed that his daughter had been entrusted to Peter’s care, but alas, he was even more dismayed to realize that it was his fault as he hadn’t answered the call for help.

Peter goaded him unmercifully about bonding with the youngster and how he and Maxie will soon be married.

Peter delivered the dagger when he announced that he thought Spin still had feelings for Maxie. After a round of protestations, not to mention the horrified look on his face, viewers had no doubt that Peter was on to something!

Sensing blood, Peter than implied that Maxie might be forced to choose between them. Spin was most uncomfortable with that improper suggestion.

If indeed, Maxie is forced to choose, all signs point to her choosing Peter as she’s made it clear that she’s had it up to her false eyelashes with Spin’s animosity.

Will Spinelli be forced to admit his undying love? And if so what in the world will Maxie do?